Mumbai     Around the table were our key leaders from the Federation of Associations of Maharashtra (FAM), the huge traders organization that had been with us since the beginning of the India FDI Watch Campaign, the leader of the Congress of Indian Trade Unions (CITU) in Mumbai, the head of the hawkers and the mathadi workers in Navi Mumbai along with Vinod Shetty, ACORN India Director, and me. We had five television cameras and a total of 45 working press assembled on the hook that I was there with them as an “international anti-Wal-Mart activist with ACORN.” The huge attendance spoke volumes to the growth of the campaign and the recognition that after three years in the vineyards, there was now recognition of what corporate retail really meant and people were struggling to come to grips with this new reality.

Our team continues to hammer on the deep themes that resonate. The fact that Wal-Mart as a company grosses $350 Billion which is the approximate size of the entire retail market in India with all of its immensity, yet Wal-Mart runs the operation with less than 2 Million workers whereas the same market is staffed by somewhere between 10-15 million workers in India and that doesn’t count all of the Mathadi workers or traders and brokers and others. What happens to all of these people when the government offers no program or plan? Furthermore, why has the government made no movement to begin a regulatory regime for corporate retail, including the India based companies now opening stores willy-nilly like Reliance and Bharti?

During my first visit with FAM in Mumbai several years ago there had been an argument on whether or not the campaign should opposed Indian-based corporate retail as well as foreign direct investment. The rise of the local conglomerates and the fury it has provoked has pushed everyone to the same page and corporate retail itself is now fully engaged. For their part they have tried to rebrand themselves as “modern retail.”

I understood this more when I had walked through a Reliance Fresh store where we had demonstrated at the opening. I would never have confused the store with something in the US. It was the perhaps the size of two 7-11’s, but the vegetables were out in boxes — none of the stainless steel and misting presentation of US grocery stores. Otherwise it was a hodgepodge of items under one roof with small “trolleys,” as the Indians called them so that they could scoot through the aisles to pick up their stuff. Standing outside and watching the store shadowed by high-rise middle class apartment buildings with people walking or driving up, I figured that Reliance had to be losing money, but nonetheless were attracting people.

One of the young reporters for business oriented paper called Mid-Day came up to ask a question, that wasn’t a question at all. She said she liked going to malls and shopping in the air conditioning and pushing the trolley with her purchases. She felt “modern,” and this was the way she wanted it to be. And, whether corporate or “modern” retail, the market here is not the one Wal-Mart seeks among low to middle income areas historically, but the 300 Million people in the growing Indian middle class. She had no answer to our points nor really a question at all, but she clearly stated the borderlines of this dispute over the policy and direction of the retail future in India. 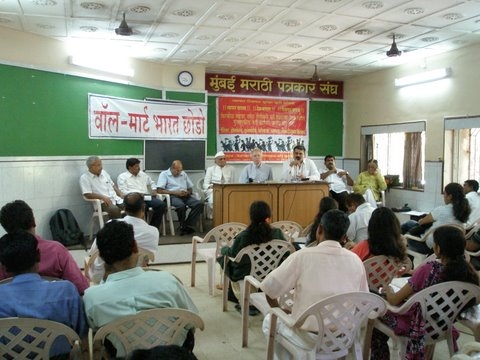 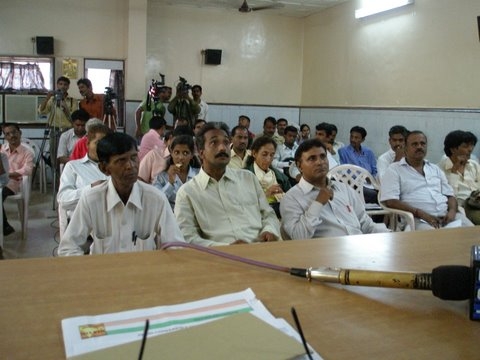 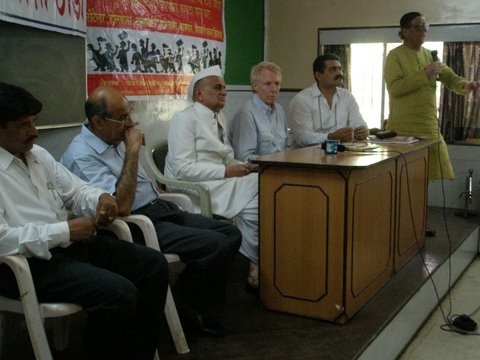 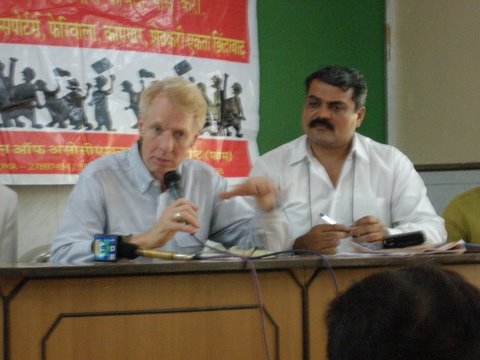 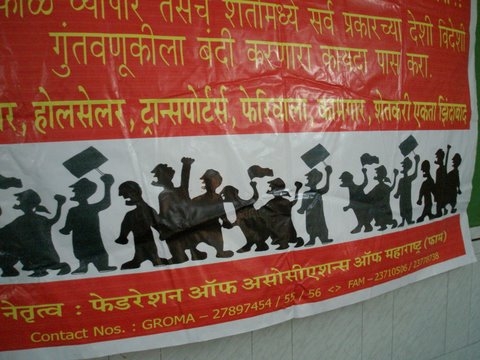 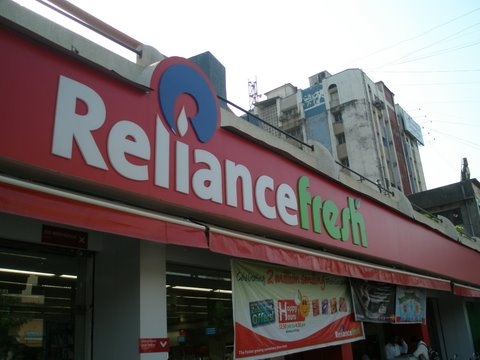 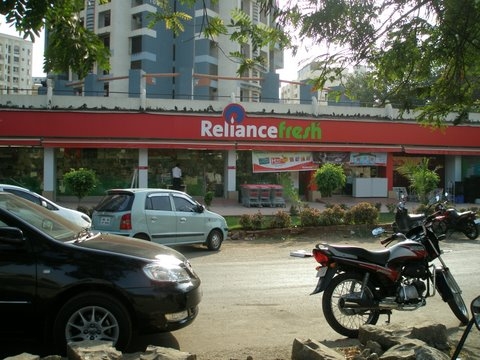