Washington    On the eve of the Wal-Mart annual meeting Michael Barbaro, the retail reporter for the Times, ran a piece that insinuated that Wal-Mart opponents were unilaterally disarming in their fight against Wal-Mart.  I’ve gotten emails and calls from everywhere the upshot of which was:  tell us there is no way this is true?

Here’s the guts of the story:

But after waging an aggressive public relations campaign against Wal-Mart for three years, the company’s full-time, union-backed critics, who once vowed never to let up, are putting down their cudgels.

Shrill condemnations and embarrassing leaked documents are giving way to acknowledgments of progress — and, in the case of Wal-Mart Watch, free advice.

“It’s fair to say we have been less in-your-face,” said David Nassar, the executive director of Wal-Mart Watch, which had hammered the company in stinging newspaper advertisements and provocative reports with titles like “Shameless: How Wal-Mart Bullies Its Way Into Communities Across America.”

The mellowing of the anti-Wal-Mart movement is an unexpected development for the retailer, whose public image and share price were bruised by the well-financed union campaigns. On Friday, when the chain holds its shareholder meeting in Arkansas, investors are likely to applaud Wal-Mart for fending off these detractors.

“It definitely has helped the company,” a retail analyst at Deutsche Bank, Bill Dreher, said. “Those attacks hurt Wal-Mart.”

The union-financed campaigns were started in 2005. As the groups turned up the heat on the company, Wal-Mart was at first defensive, but eventually it responded in ways few of its critics expected. The company expanded its health care plans to cover more workers, though still not enough to satisfy the unions. And it made commitments to the environment, like becoming the country’s biggest seller of more efficient light bulbs.

Indeed, Wal-Mart has gone so far on some initiatives, like the environmental programs, that it has started to draw scattered attacks from the right, particularly from a group called the National Legal and Policy Center that has accused the company of giving in to political correctness.

Now, the union-backed groups appear to have concluded it would be more constructive, sometimes, to engage Wal-Mart. That leaves them navigating a complex situation in which they have to decide, issue by issue, whether to shake hands with the company or to slap it.

Since late 2006, Andrew L. Stern, the head of the Service Employees International Union, which provides the majority of financing to Wal-Mart Watch, has met repeatedly with the chief executive of Wal-Mart, H. Lee Scott Jr., to discuss solutions to the country’s health care crisis.

Mr. Stern said his dialogue with Mr. Scott “does not end the need for the vigilance of Wal-Mart Watch.”

Wal-Mart Watch has always insisted that it does not take orders from Mr. Stern, even though his union provides most of its financing. But those with knowledge of Wal-Mart Watch’s operations say Mr. Stern’s growing relationship with Mr. Scott has inevitably influenced the group’s behavior.

They point to the health care report Wal-Mart Watch commissioned from Mr. Thorpe, which was handed over to Wal-Mart this year, rather than published to embarrass Wal-Mart as it might have been in the past. It is unclear whether the report will influence the company to alter its health plans.

Mr. Nassar said that it was the service employees union, not Wal-Mart Watch, that gave the report to Wal-Mart. Even within the labor movement, Mr. Stern’s work with Mr. Scott has raised eyebrows, with some worried that he has obtained too few concessions while allowing Wal-Mart to claim support, however limited, from an old foe.

The less antagonistic approach from the union-backed groups is evident inside Wal-Mart, which had hired dozens of new employees to combat the negative public relations onslaught.

Over the last several months, the company has shut down a campaign-style war room set up in 2005 to do battle with Wal-Mart Watch and another group, WakeUpWalMart.com, which is financed by the United Food and Commercial Workers Union.

And Wal-Mart has disbanded an advocacy group, called Working Families for Wal-Mart, intended to rally support for the company (and serve as a counterbalance to the anti-Wal-Mart groups). A company spokesman would not comment for this article.

Wal-Mart Watch and WakeUpWalMart.com still level occasional attacks against Wal-Mart, and remain potent watchdogs on some issues. That was made evident this year, with the case of Deborah Shank.

David Nassar, the ED of Wal-Mart Watch, immediately reached out to us, because WARN and ACORN have been fighting Wal-Mart hammer and tong.  We are in fact meeting with him today to discuss a new market based offensive on the WARN model, so we shall see, but David’s direct reply to piece was as follows, so you mull over it while we try to see what is happening on the ground in DC:

Today we use methods that, while every bit as intense, are different from those we used in 2005. When this organization was started it was necessary and critical to raise the profile of the campaign in order to get Wal-Mart’s attention. Through our newspaper ads, week of action in November 2005 and by publicizing internal documents, we succeeded.  But by 2006 and into 2007 it was obvious to us that maintaining that level of alarm over five to ten years was not possible or prudent.

At the same time, we saw different opportunities. For example, we realized that by obtaining court documents from some of Wal-Mart’s lawsuits and studying them we could gain valuable insights into the company’s behavior.  In short, we saw that by being smarter about Wal-Mart and gaining more substance on the company we could be better critics.

To that end we have built an infrastructure that gives us new avenues for criticism while maintaining our ability to rapidly respond.  This was perhaps most clearly demonstrated by our substantive analysis of Wal-Mart’s health care plan paired with our active campaign on behalf of Deborah Shank. Barbaro references the latter but fails to point out that we have pressed the fact that Ms. Shank’s case, while egregious, is representative of the problems inherently caused by Wal-Mart’s chronic underfunding of its health care plan.

Our infrastructure will be critical to our long-term success in getting Wal-Mart to change by giving us the necessary capacity and flexibility to challenge the company over the next five to ten years.  And its contribution to the broader campaign will make it even easier for critics of all types to hold Wal-Mart accountable.

Today, as a result of all the critics who have worked on this campaign, there is already more awareness among consumers and communities about Wal-Mart’s business and labor practices.  That makes it harder for them to get away with all the things they do wrong and forces them to change.  We believe that this will continue to be the most important measure of our success and of the work that all our supporters do every day. 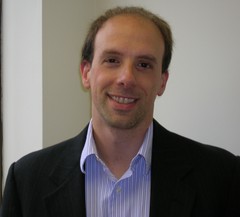