New Orleans        The July-August issue of The Atlantic featured an article by Hanna Rosin entitled:  “Why Crime is Coming Back — and Why No One Wants to Talk about it.”  The article itself is less inflammatory than the headline, but the underlying thesis of the piece probes the question of whether or not tearing down public housing in city after city and issuing more Section 8 vouchers to disperse people to any possible affordable housing has inadvertently “spread” crime to suburban communities and mid-sized cities.  There were a number of “coincidental” maps included following the work of various criminologists that seemed to mesh section 8 voucher distributions with increasing crime in the same areas, as well as some titillating stores of gangs spreading out to follow the housing in some areas.

Way too late in the piece (for my taste), Rosin states the semi-disclaimer:  “Nobody would claim vouchers, or any single factor, as the sole cause of rising crime.  Crime did not rise in every city where housing projects came down.  In cities where it did, many factors contributed:  unemployment, gangs, rapid gentrification that dislocated tens of thousands of poor people not living in the projects.  Still, researchers around the country are seeing the same basic pattern:  projects coming down in inner cities and crime pushing outward in many cases destabilizing cities or their surrounding areas.”  So, she says that it didn’t necessarily cause it, but something smells a lot like it?

The other tricky thing about this very controversial piece from the perspective of lower income families and their communities is the way it looks at “concentrations of poverty.”  At one point the author cites a stat that such concentrations have decreased by a quarter since 1990 if defined as communities where 40% of more of the families live in poverty.  On the other hand she then quotes George Galster of Wayne State University and his paper (“A Cautionary Tale”) that says increasing numbers of families are now living in communities with “moderate” poverty (between 20 and 40%).  Galster believes that his computer models establish that is worse for a city if more people are in areas dominated by “median-poverty” areas, because of the way “social dysfunction” spreads.

The only thing that seems certain from all of this is that you don’t want to be living anywhere near poor people either in small numbers or large gaggles, because evil will be following you everywhere.  Best be stepping in other words, because it’s a matter of time before the neighborhood is gone.  All of these seems reminiscent of “block busting” based on poverty now, just as race was key 35-40 years ago.

Interestingly, the piece ended with almost an advertisement for the ACORN Centers, which ACORN has been organizing to allow families to get tax and other services, access benefits, and be introduced the widest range of the social safety net that still exists.  The article believes that the loss of “site-based services” that existed within the old projects has not found adequate substitutes as populations have been disbursed.  If anything, ACORN should be opening satellite ACORN Centers accessibly in lower income neighborhoods, as the ACORN Centers build to scale.

But, in the meantime one reads with worry that without a clear sense of how to handle housing for the poor, it will be easiest for the poor to simply be demonized while the major domes and policy wonks try to sort out what and where to put them.  Meanwhile families are constantly on the search for affordable housing anywhere and everywhere they can find it with no help from anyone. 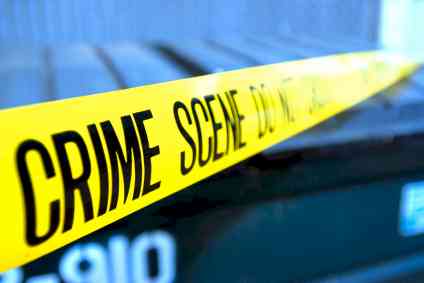