Gulf Shores    Every 10 years we go camping in Wyoming in the Snowy Range Mountains outside of Laramie where I was born, but not this year.  Two kids working who can’t get the time off, needing to spend time with my mother, and worrying about money like the rest of America, we found ourselves driving along the coast to Gulf Shores, Alabama on the “redneck Riveria to celebrate August.  Sunday evening found us almost unable to leave the back porch and sitting in the steady breeze from the east that made the night not cool, but enchanting.  Life is good!

On vacation you want work to roll off of you like water.  That’s really not quite possible, but I did try to find some balance here and there.

Jumping in and out of the surf on Saturday, it took my daughter to point out that jellyfish were literally everywhere.  The Sunday Times front page caught all of our eyes by noting that this was a worldwide epidemic, referring to jellyfish as the “cockroaches of the sea” and harbingers of the disastrously bad health of the world’s oceans.

It was harder reading the paper this morning about the cascading waves of delinquencies that are now hitting banks from Alt-A loans and option adjustable rate mortgages (ARMs) to not remember a conversation in my office less than two years ago with lawyers and others from EMC, then owned by Bear Stearns (remember that company?) and now by JP Morgan Chase where they told me that they had no lending problems, since they didn’t really do sub-prime loans, just Alt-A.  The CEO of JP Morgan Chase was quoted in the Times having told analysts over the last month that it was going to be “terrible” with defaults nearing 10% already.  A couple of weeks ago I saw Mike Gross quoted as the loan modification expert at Bank America which seemed funny to read after the years we spent across the table from him as he wore his Countrywide hat then — same man, same job, same rap, different company.  ACORN hasn’t been able to get the fix with Countrywide (I mean Bank America!) yet on options ARMS, and there has to be pain there now too.

Here in Gulf Shores we ask about Hurricane Ivan and what kind of damage was done in 2004, a year before Katrina.  Assuredly there was some, and it was bad but it pales in comparison.  We can really find few signs here just blocks from the beach.

But at home in New Orleans, Katrina is still an everyday story.  We read one yesterday with a happy ending thanks to New Orleans ACORN’s work in lead remediation.

NOTE: Six months ago, Bart Everson’s and Christy Paxson’s post-Katrina renovation was more or less complete, baby Persephone had arrived, and Endymion had been welcomed back to Mid-City with a party in their basement. Just one major item remained on their to-do list, and now that one is almost done. Here’s an update.

Early this year, when Christy Paxson was pregnant and Bart Everson was toiling away staining the window sash in his basement, Everson got to thinking about lead paint and the impending arrival of the couple’s first child.

"New Orleans is known for having a problem with lead paint," he said. Lead dust has been shown to have adverse health effects on children who ingest it. "Some researchers even believe that lead poisoning is tied to the high rates of violence in the city. So it seemed to me to be a good idea to find out about our house."

Everson said he had planned to repaint the exterior of the house anyway, especially since repairs to the basement had required reframing and re-siding the entire ground floor. At one point in the two-plus year renovation project, he had solicited ideas for house colors on his blog and received advice from color consultant Louis Aubert.

So Everson knew that if testing did indicate the presence of lead paint, he had a color scheme ready to go.

"I considered a couple of testing options, and then I found out about a free program offered by the non-profit ACORN (Association of Community Organizations for Reform Now)," Everson said. "They came out with a $30,000 piece of equipment that shoots gamma rays into the walls. It’s something you could never afford to buy and couldn’t rent either. They also swabbed down surfaces."

ACORN testers discovered lead paint on one interior wall and in dust on the floor of the study, where Everson believes he may have tracked in lead paint flakes from the front porch. Testing also confirmed what Everson and Paxson had suspected: The exterior paint on their home contained lead.

Although the news was troubling, Everson said that knowing the truth was worth the anguish.

"I think a lot of people don’t test because they are afraid of the answer. They are worried they won’t be able to sell their house if they know there is lead paint present," he said.

Before Everson and Paxson could devise a remediation plan, they got good news from ACORN.

"It turns out we qualified to have the lead paint abated and our house painted for free," Everson said. "All we would have to do was buy the paint. I am not sure what it takes to qualify. Maybe it was the fact that we were about to have a child, but whatever the reason, it’s a great program."

Everson worked with an ACORN staff member to schedule the work for mid-June, so that Paxson and baby Persephone could visit family in Indiana while the work was in progress.

As the work day neared, Everson said he couldn’t reach the coordinator with whom he’d been working, and he grew increasingly skeptical that work would begin when scheduled.

"But then I came home one day for lunch, and there they were, just as they had promised," he said. "It turns out that a new coordinator had been assigned to the project and that I had been calling the wrong one."

To remove the lead paint from his home’s exterior, Everson said, ACORN’s team of volunteers used a wet scraping method, designed to eliminate airborne dust particles that are freed by techniques such as sanding. Volunteer workers wore masks and were covered head to toe in body suits. Paint chips removed by the wet scraping process were collected on a tarp, and vacuums used.

"Scraping removes some, but not all, of the lead paint," Everson said. "The idea is that it’s the paint that is flaking that can be hazardous, because it can be ingested. Did you know that ingesting a flake of paint the size of a postage stamp can put lead levels over the limit in a young child?"

Paint that remains after wet-scraping is covered with a coat of primer-sealer. Everson chose a product by Zinsser that bonds well with glossy surfaces, and the volunteers applied it.

"The experience of having volunteers work on our house was humbling," Everson said. "There was a group of Unitarians from Ohio, another group of Evangelical teenagers from around the country and even a guy from Massachusetts who felt bad about the Bush administration’s response to Katrina and just wanted to do something to help. They came with no expectations of reward."

The only hitch in the process was timing. A project that had been estimated to take a week took three instead, which meant that Paxson returned from Indiana with daughter Persephone before everything was complete.

"The wet-scraping was almost done by the time they came back, so it wasn’t too bad," Everson said. "They were here when the new colors went on."

The North Salcedo house had been blue, a color Everson and Paxson knew they wanted to change. They went with Aubert’s 2-year-old ideas in choosing the new palette.

"We decided to go with his suggestions rather than agonize over colors," Everson said. "So now the siding is light green — some might say pistachio. The trim and railings are all a pale yellow. Louis recommended cobalt blue for the steps and kind of a periwinkle for the lattice work, and a sky blue for the ceiling of the porch.

"The only thing I’m not sure about is that, when you put these all together, the house looks a bit like a pastel Mardi Gras. I might have to get rid of the periwinkle."

Aubert also suggested a plum color for the window sashes, but Everson is doubtful that he’ll use it.

"First of all, do you know how many windows we have?" Everson asked. "We had at least 30 at last count. There seems to be one more every time I count them. And painting the sash a different color from the trim would have been a little too much detail for the volunteers. Plus, Christy and I think the plum window sash might be a little too fancy for us."

The home’s windows presented Everson with another challenge, too.

"The windows are painted shut on the upper story," he said. "I got out the ladder and tried to unstick them. And though I managed not to kill myself, I did not manage to unstick the windows."
. . . . . . .
Stephanie Bruno can be reached at housewatcher@hotmail.com. 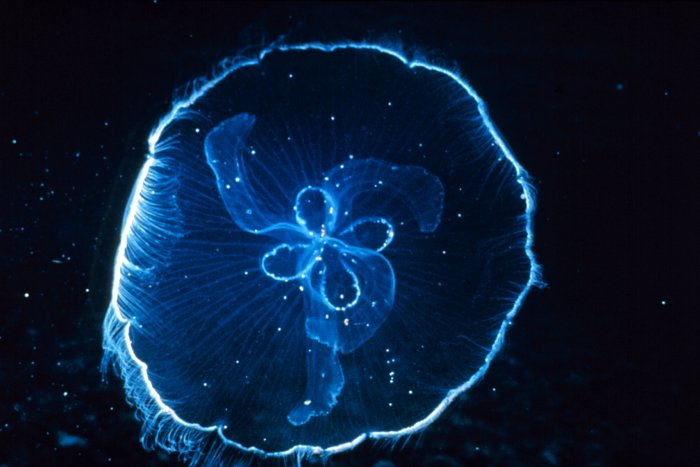