Gulf Shores    Reading Obama’s Dreams book, I became interested in the organizer Obama mentioned who had hired him in Chicago and was his supervisor.  His name was Jerry Kellman, and he seemed to be the real thing, but I was surprised that I had never heard of him in all my years around the work.  So, as my vacation came towards its close, I thought I would at least try to find where he was organizing now and what he was up to these days.
The most interesting piece I found was from something called the “Busted Halo.”  Mr. B. Halo did a brief interview with Kellman.   A lot of twists and turns in his trail, but the bottom line is that he seems to have moved from organizing to church work, and is doing that right in Chicago with the Catholic Archdiocese.  Here’s a section of the interview from “Busted Halo:”

Here’s a story that hasn’t been reported very much: Barack Obama’s mentor, who converted to Catholicism.

Busted Halo has the scoop:
In the early 1980s, when Jerry Kellman interviewed a young, idealistic Ivy League graduate for a $10,000 a year job with Chicago’s Developing Communities Project (DCP) he had no way of knowing it would be a meeting that would follow him for the rest of his life. Now, nearly 25 years later, he is frequently asked to speak about Barack Obama’s tenure as a community organizer and how it shaped the candidate’s sense of himself and the world. What many people miss, however, is how both men’s sense of faith has fundamentally altered the way they see the world.

While Obama and Kellman eventually moved on from DCP–each because they felt that community organizing was not effective enough to solve major domestic problems–they both continue to work for justice in their own, unique ways. Kellman, who was raised Jewish, had a conversion experience and is now the Director of Spiritual Formation for several parishes in the Catholic Archdiocese of Chicago. In this role Kellman–who was the basis for the character “Marty” in Obama’s 1995 memoir Dreams from My Father–leads small group parish missions, weekend retreats and discussions with participants about areas they have struggled in their life.

Kellman recently spoke with Busted Halo® about his experiences with Obama and his own evolution as an activist and believer.

BustedHalo®: You’ve received some attention as one of Barack Obama’s mentors since you hired him as a young man for Chicago’s Developing Communities Project. Are you surprised with his fast rise through politics and his run for President?

Jerry Kellman: I’m not surprised that people respond to Barack. He’s carried himself with integrity and he has had the discipline to be successful in his political career.

BH: What did Obama learn from you and DCP during his tenure there?

JK: He didn’t learn from me, he learned from the experience. Barack came in idealistic, but the streets of Chicago made him practical and realistic in a way he had not been. He learned he liked working with people in the struggle and empowerment and he found his roots and a home here in Chicago and in the African-American community. He is an extraordinarily diverse person, and he gets along with people from all races, personalities and economic conditions.

BH: Since those early days, what are the differences between you and Obama in terms of trying to effect change?

JK: We don’t differ, we just committed ourselves to different career routes. His route is making change through politics and policy, while operating on a big-scale in terms of media and making his place in history.

My route has been trying to change the hearts of the masses. I think often that the world changes on anonymous acts that have a large impact, and as we touch people in our anonymous lives we have as much of an impact as much as people on a large scale.

BH: After all those years spent as a community organizer, why did you end up attending divinity school?

JK: I had a conversion experience at a project in Gary, Indiana when I was witnessing the history of racial and economic division in our country, in practices such as banks not lending to the residents. Just by accident I was on a project organizing farmers in Wisconsin and came across a book about prophets, The Prophetic Imagination, by Walter Brueggeman, and it touched me like nothing had.

For personal and social reasons I felt I had contributed to the problem by being arrogant in my professional and personal relationships, so I looked for answers to that. I had a need to grieve and was in denial, so I decided personally that I wanted to understand more about God and what people thought about God.

There’s much more. Check it out. It’s a fascinating discussion — and a remarkable journey. 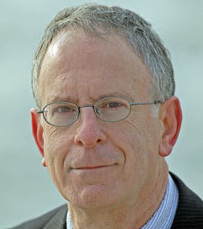