Sydney         We looked at the glass both half-empty and half-full as we slogged around the unseasonable warm day in Sydney to our appointed rounds.  First a train trip to the southwest suburb (incidentally neighborhoods here are called suburbs, so you never really know if you are in the city or out) of Bankston.  This neighborhood felt more like the ones we knew rather than the ones we had seen on the tour Sunday afternoon.  Nicole Kidman and Russell Crowe lived nowhere near here!

We met with the new director of Asian Women at Work, Lina Caberao, a Filipino woman, who had worked for 8 years in Hong Kong and then married a Sri Lankan from Australia and ended up here.  Quite a story no doubt!  She and her associates, one from Vietnam and the other from Shanghai were animated and committed to the mission focused on what they called “outworkers,” which we know in the US as home-based garment workers.  Surprisingly, these workers were members of a union, and this largely government funded project used the offer of English and exercise to build “support groups” of the women involving 10-15 in a group.  The dues for their 1000+ members was minimal ($5 AUS) per year and unfortunately the organizers seemed unwilling to ask for more, though their capacity was stretched to the limit with 8 part-time staff and 1 full time person to keep the whole thing up in the air.

Adam Kerslake acts as the organizing and political director of Unions NSW (New South Wales), which is the overall federation or labor council on this level in Sydney, though his title doesn’t reflect it.  He was sharp as a tack and freely talked to us at length about their plans and programs.  Kerslake had been one of the key architects of the successful defeat of the Howard government so his current cache in the labor movement and political circles is undoubtedly gold plated.  He also introduced us Rathana Chea, who directs a hybrid project of Unions NSW called the Sydney Alliance that in hearing seemed modeled on London Citizens and classic, old school IAF work, and that turned out to be largely the case.

Kerslake seemed to feel that unions were missing many organizing opportunities and “low hanging fruit” to achieve growth, and he had proven it with a stint with the electrical workers union that had achieved 8 years of growth now, but there were few plans for a concerted push in this area in his view.  We talked at length about the Sydney Alliance.  The view of community organizations as important was refreshing, but it was hard to escape a sense that they were junior partners in the endeavor without the resources, range, and political power that others brought to the table.  It will be interesting to see if there are surprises.

The building was impressive and like big unions in the City of London, it was easy to understand Kerslake’s point that Unions NSW was funded by per capitas and “investments,” because the building had to be an income generator and worth a fortune on the real estate run-up in Sydney.  They may have made a pretty penny selling their radio station recently as well, which we found out later reading a history of the building he offered us in leaving.

The day ended on a soaring note though when we met with 4 young organizers from three different groups in the beautiful conference room of the Climate Institute and enjoyed their breathtaking view from 15 floors up over Hyde Park below and then to the harbor.  Stunning!

But, not half as impressive as the four organizers we met from GetUp.org, the Australian Students Environmental Network, and students Climate Campaign.  They did not think twice about the ability to raise money from their supporters and were doing a whirlwind job of it, as well as putting the touch on donors, the few philanthropic outfits around, and anyone else to build their operations innovatively.  They operated for the most part either by consensus or as the GetUp organizer mentioned, by “chaos,” but they were getting things done.  All of them had climate change as a major theme and real work and progress to report in that area.

GetUp is based on the MoveOn.org model, but when Drummond Pike from Tides and one of the Organizers’ Forum board members, asked them later they had never met or corresponded with Wes Boyd or Eli Parser or any of the honchos over there.  They were at Drummond’s feet for a “connect.”  280,000 people have signed up with GetUp, which is 1% of the Australian population and about 22000 have donated.  The budget is about $1.5 Australian per year and more during the campaign.  They are clearly stirring the pot.

The sisters from the student based environmental groups are doing the same, including direct action which was nice to hear.  Theses sisters (and I will have to include their names later) were so articulate that they talked in whole pages and paragraphs at the speed of light.  Stunning!

We left with great hope for the future as these young organizers find their place in the movements that are finding new ways to build and move Australia. 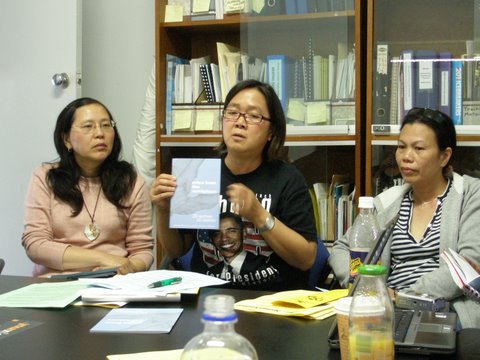 Lina Caberao of Asian Women at Work flanked by her staff 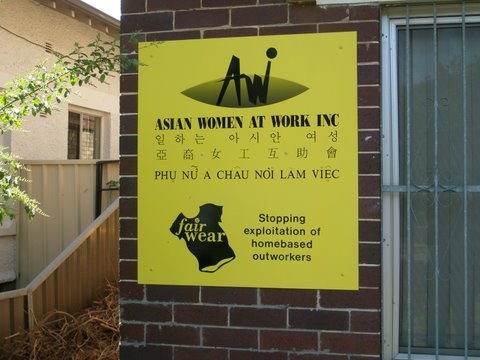 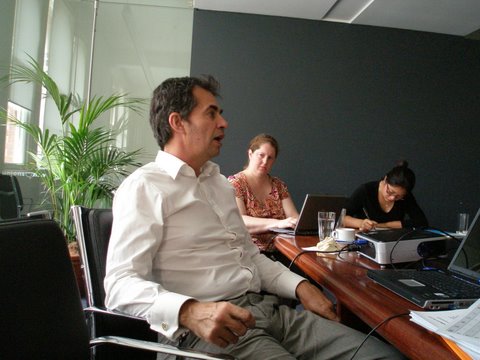 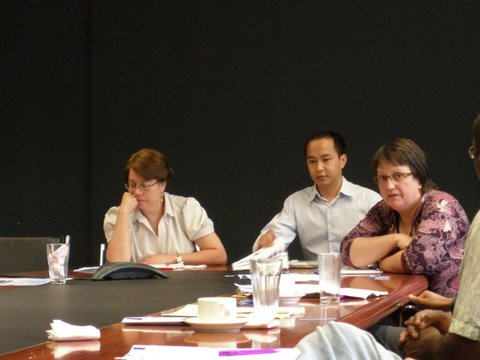 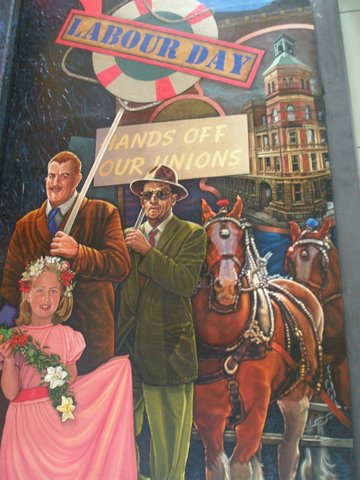 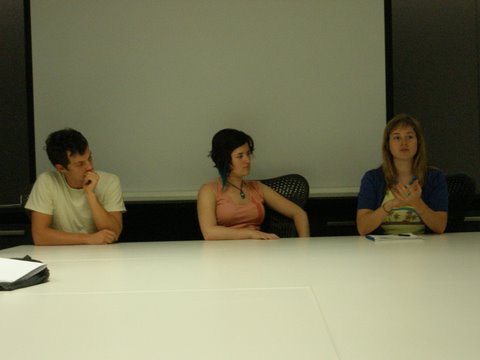 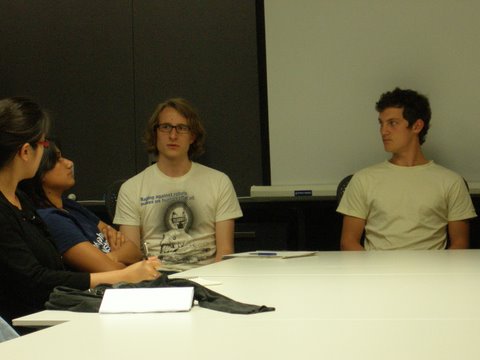