Sydney        We woke to rain and an in-coming front, so we were drowned rats when we walked into the house that officed Immigrant Women’s Speak-out Association (IWSA) in the northwest suburbs.

Jane Corpuz-Brock, another Filipino woman, interestingly, directed the program focusing on working to move women through the system to citizenship and prevent domestic violence when they are most vulnerable on the 2-year wait when on “spouse visas.”  After 25 years they have reasonably stable funding from the state government and represent 30 or so affiliated associations of various ethnic women’s groups with over 3000 members collectively, but they were still chafing at the limitations the funding provided, which has become a repeated theme, though we have heard no plans to change the practice.

Fascinatingly, we met with the moderator, Rev. Niall Reid, and other top officials including the head of the Board of Missions for NSW, Tina Rendell, and her associate, Glen Powell, of the Uniting Church in Australia, a 31-year old combination of the United Methodists and a collection of Presbyterians and Congregationalists.  Even after a generation there is fragility to the alliance and a consensus system that glues it all together.  This is the 3rd largest denomination (after Catholics and Anglicans) in Australia with 40,000 active members in NSW.  The commitment to social justice and introspection was palpable and transparent, as was the recognition that this is a time of crises for the church — all churches — in holding the attention and participation of their members.  We were probably not helpful, but the dialogue was deep and moving in many parts.

The highlight of the day though was the three hours we spent with Louise Tarrant, the general secretary, of the LHMU (Liquor, Hospitality, and Miscellaneous Union), and Sue Lines, director of internal organizing for the union.  The 120,000+ member union is finally growing gradually and with large organizing campaigns among 100,000 childcare workers, 14,000 cleaning workers, and 40,000 hospitality workers, they could move from 4th largest in the Australian Trade Union Congress (ATUC) to the 1st, which are only 20,000 ahead now.  Louise ran us through several PowerPoint’s and finally met the needs of our delegation for details, details, and more details, so that we understood better the challenges facing her union and others in the current Australian organizing environment.

All organizing here is “open shop” without any union security agreements and interestingly, Sister Tarrant, embraced what we call “bank draft” or “debiting” schemes because of instances where states and federal authorities had changed check-off rules stranding unions without dues income.  Reminiscent of the problems faced by Local 100 every year, they watch 30,000 of their 120,000 members — one quarter — turnover every year due to retirement and job changes, so to grow they have to sign up that many and then more to show progress.  They had worked closely with SEIU and many of our friends like Jay Hessey and Stephen Lerner, so it was easy to recognize the elements of the market campaigns and the principles driving it.  The maroon cups and t-shirts everywhere made some of our purple people in our delegation feel both at home and envious of whether or not maroon might be a better color.

The issues they faced in dealing with childcare were touchingly similar to the ones we knew from our own organizing.  This was a union full of ambition, experiments, and innovation, and both Tarrant and Lines were generous, good humored, and self-deprecating, while clearly have their sights on overturning the entire Australian labor movement as it has been known to date and the relationships to the Australian Labor Party as well.

Boy, were we rooting for them by the time we walked into the early evening. 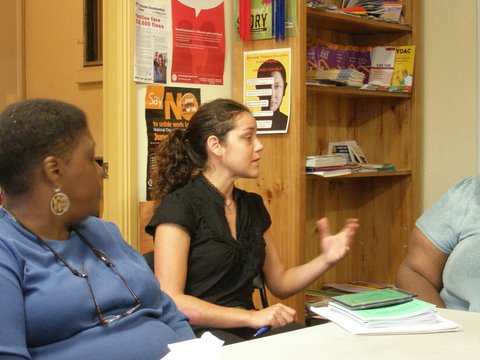 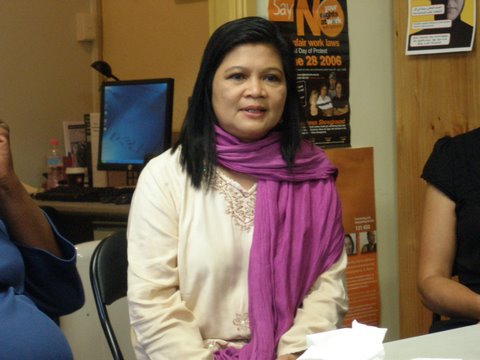 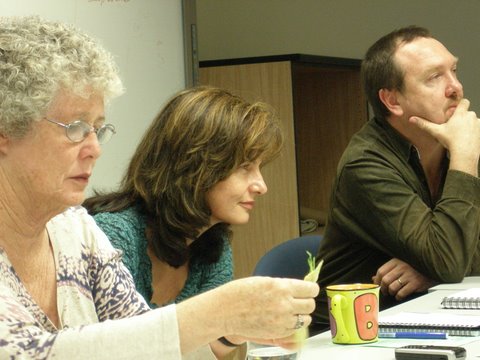 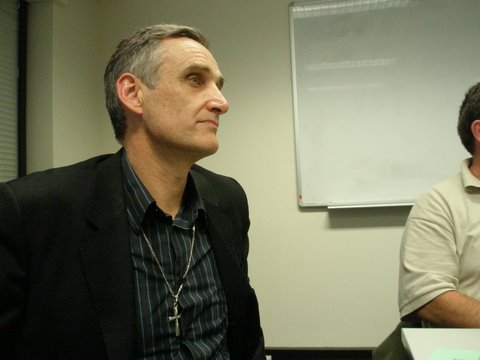 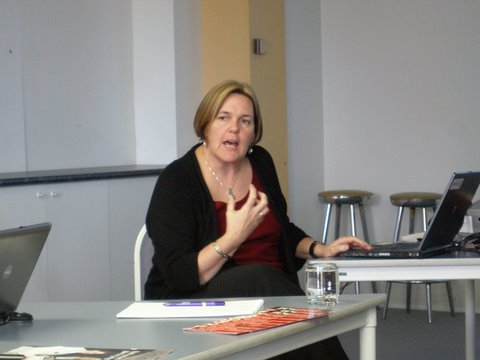 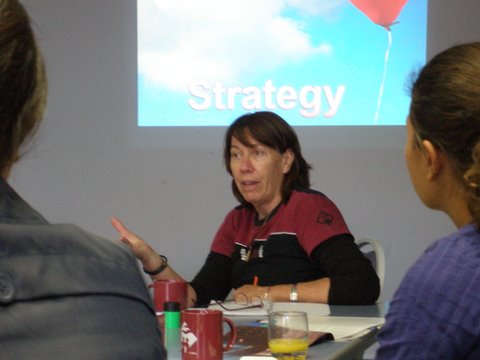 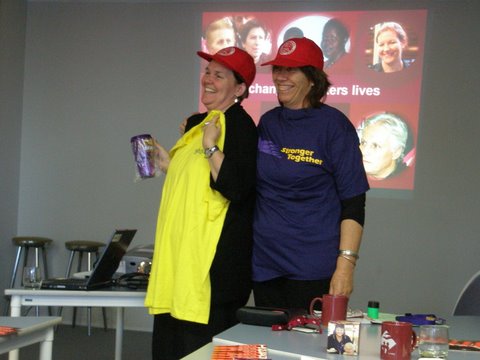