Houston    A highlight of the annual Local 100 Leadership Conference held Saturday in a meeting room abutting our offices near downtown Houston was the address by Houston’s outstanding representative, Congressman Al Green.  In an hour of remarks and wide ranging answers to questions from Local 100 stewards and officers, Green offered insights into a number of questions from the bank bailout to health insurance, employee free choice, and even importantly, FEMA.  Congressman Green was well positioned in these times since he is both a key member of Congressman Barney Frank’s committee in the House of Representatives, and a key member of Congresswoman Maxine Waters’ financial services sub-committee, as well as a member of Congressman Bennie Thompson’s committee on Homeland Security which oversights FEMA.

Green argued that there were three initiatives he was pushing the hardest from his position:

*    The Living American Wage (LAW) which would set the federal minimum wage to the poverty index and guarantee increases.
*    A bill for a $200 M appropriation to deal with homeless veterans living on the “streets of life” which passed the House by 420-9 and he is confident can get through the Senate where Senator Barack Obama is its sponsor and be signed by a President Obama.
*    A bill on alternative credit scoring and reinstatement of “seller financing” that could allow home purchases without down payments, both of which I will have to take a look at harder to follow clearly.

Green said that he had originally voted against the bailout but had switched with other members of the Congressional Black Caucus, largely based on the additional “sweeteners” in the bill.  He had wanted a change in bankruptcy protection, but didn’t get it.  He liked the addition of mental health parity for health insurance which he said he had backed for a dozen years and was added on as an amendment to the package.  He also liked a sales tax exemption on federal income taxes which helped Texans who do not have a state income tax.  He thought there was more foreclosure help promised in the bill, but that seemed to be based on jawboning more than perhaps specific language in the bill.

Green is committed to voting for the Employee Free Choice Act to liberalize the rules for union organizing, which was of course a hit in this meeting.  He was asked about authorizations for Head Start by some of our stewards from Gulf Coast in Houston and Caddo Parish Head Start in Shreveport, and was going to get back to us.

Local 100 leaders were unanimous on one issue in reflecting on Green’s remarks and advice after he left:  it’s good to have a friend! 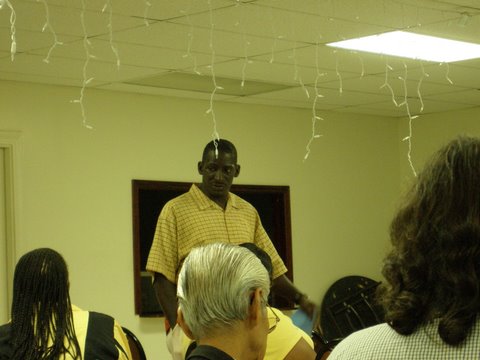 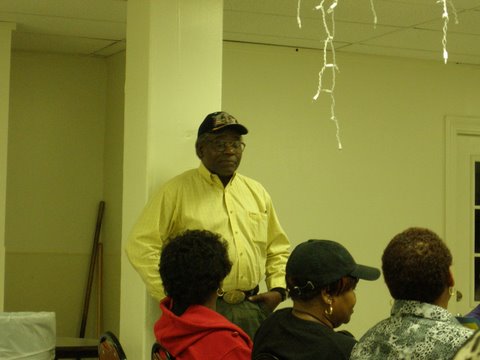 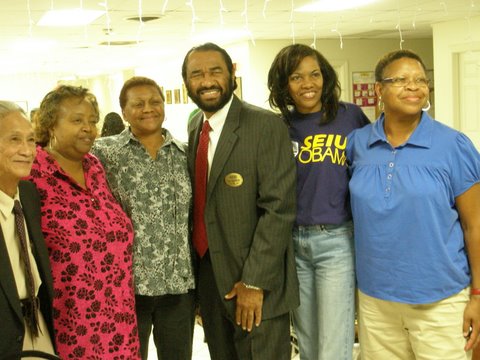