New Orleans         After a couple of weeks on the road, it’s good to be back home in New Orleans.  For all of the talk about jet lag and feeling like I had been run over by a truck, I still slept better — and more — in two nights home than in the whole two weeks on the road.  I’ll have to think about that for a while.  Working a full schedule in both the west and east is the killer.

Driving in from Houston on Saturday night, all of the New Orleans Local 100 delegation smiled, as I did, at the strong and long lead for re-election that New Orleans 9-term Congressman William Jefferson enjoyed over a half dozen challengers.  If our car load was any barometer, the only real surprise might have been that he did not do better.  This all surprises people from out of town because Jeff has gotten a bit of bad press in recent years and regrettably is spending no small amount of time in various courtrooms battling pretty severe allegations of impropriety.

Jefferson, as you may remember, was accused of bribing some folks in Nigeria and allegedly taking some bribes in connection with the same transactions.  The most famous incident was the discovery of $80,000 in cash in his freezer, prompting more jokes about “cold cash” than can be counted over recent years.  There were also some suggestions that he was insisting that money be paid to family members on the transactions.  Throw into this steamy gumbo the fact that there have been later investigations and allegations focusing on his brother and sister and some mismanagement of resources for a non-profit housing corporation and this and that, and he was facing a world of troubles.  Speaker Pelosi had stripped him of his prestigious seat on the House Ways and Means Committee, and he was seen as damaged goods and at best a placeholder waiting to be replaced by the long suffering citizens of New Orleans.  Well, yes, the pundits had to admit he did get re-elected two years ago against a popular woman state representative, Karen Carter Peterson, but they would they say that was because he had not been formally charged then.  Now, he was and he would be toast for sure this time.

Jefferson’s career over the last two years is a reminder about the value of simply showing up and doing the job.  He may have been under a cloud, but he never stopped moving.  He would be in the picture frame on one Katrina recovery story after another.  He was on the steady shuttle between New Orleans and DC.  I cannot count the times that he and I visited on one leg of that flight or another as he went back and forth.  He continued to hunker down and be the best Congressman that he was allowed to be, and it turns out that that matters quite a bit.

He also attracted a slew of wannabes for his seat of course, because moving up and taking the main chance is the heart blood of politics.  No harm and no foul there.  It’s just politics.  But, of course that also meant that all of that ambition would split the votes while Bill Jefferson’s base that he continued to work hard would still be there for him, and it was.  Jefferson pulled more than 25% of the vote and now faces a runoff with a political neophyte named Helena Morena, a 30 year old, former TV news personality.

Morena, who is Hispanic, gets the white vote and was not even given credit for her Latina heritage in most of the stories after the election.  Jefferson got the lion’s share of the vote in all of the precincts where the African-American population was the largest and strongest.

Jefferson now faces a final runoff test on November 4th, when thanks to Obama’s leadership at the top of the ticket, we are likely to have the largest turnout in history of African-American voters.  Someone surely is toast now, but I wouldn’t start spreading butter on Bill Jefferson, because he is the odds on favorite to return to Congress as the elected representative from the 2nd district of Louisiana and the proud, distinctive, and feisty city of New Orleans, where we never say “die,” and it’s never over, until it is really over. 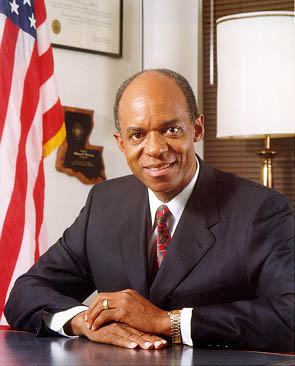