Boston             If life is about learning, I was doing a lot of it yesterday as part of a panel on community building and sustainability at the University of Massachusetts at Boston.   It was a clear day and the view from the point where this commuter campus was constructed on out to the water past the John F. Kennedy Memorial Library was simply spectacular, which made this a good setting for listening perhaps.
This was an international conference looking at how communities recover from disasters.  When I first arrived I listened to a presentation from the former governor of Wisconsin who is now the CEO of Aidmatrix talking about how technology is being applied to disaster management.  It seems in the 50+ countries where Aidmatrix is employed; various NGO’s and governments can access the site and link their needs to what various suppliers and donors might have.  Sounds logical, makes sense, and was certainly news to me.  Turns out Texas is way ahead of this game and Louisiana has their own way of trying to deal non-profits.  That was of course not news and certainly not good news.
In my panel Dr. Astier Alemondon from Tufts University led with a theoretical discussion based on study in her home country of Etriea on the African horn.  This was a disaster born of civil war and hunger.  Mobile, pastoral communities adapted quickly, while communities rooted in place adjusted more slowly.
Part of the pushback of the entire conference, was finding the ways to resist seeing individual and community reactions to disasters as pathologies rather than adaptation strategies that can self heal.  The scholars there were trying to plumb the why and how behind the fact of individual and community recovery, believing that should impact both preparation and response, all of which made perfect sense.
Dr. Richard Williams, a psychiatrist with the United Kingdom health service, spoke on my panel about an extensive study he and his team had done for the health service and for NATO that concluded there were ten key preventive steps and ten “to do’s” that should be used to prepare the mental health needs of individuals and communities in disasters.  Dr. Mindy Thompson-Fullilove from Columbia University shared her study of the importance of organizations of all types in responding constructively to post-9/11 in New York City in helping people return to and redefine normality.
I found myself taking notes throughout.  Some much of this resonated with the experience of New Orleans, Kobo, and Aceh in returning from disasters.  I shared the lessons from my chapter in There is No Such Thing as a Natural Disaster and the forthcoming Battle for the 9th:  ACORN and the Rebuilding of New Orleans.
The theme of all of this was resilience.  And, that is worth a lot more thought and discussion. 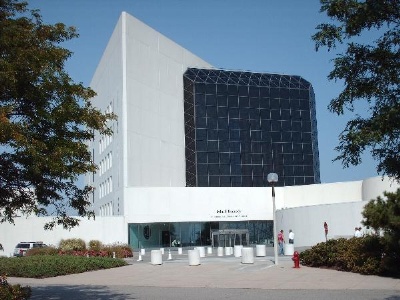