Citi Crashing
New Orleans               The Times ran a long pre-mortem piece on Sunday about the crash and fall of Citigroup over the last year or so, particularly now as its stock has fallen to less than $5 per share and this “world’s largest bank” is on life support in the financial markets and the courts of public and government opinion.  For a change there was even some accountability.  The article provided stories and pictures of the architects of its demise around the failure to manage risk with fancier and fancier trades in derivatives without any real or effective controls.
The blame game settled firmly on some of these folks as well as on one guy who was running the ship and was clueless about where it was really going (Charles Prince) and one guy who put together the strategy and has hoped that no one would tarnish his Teflon by holding him accountable — Robert Rubin, the hired guru and former Treasury Secretary under President Clinton.
Part of the real problem though rests with the compensation structure.  Citi, like so many others, was paying huge incentives and bonuses for short term results and essentially incentivizing top executives to discount risk in order to receive rewards.  Inadvertently they were enabling people to bet the house, while lining their own wallets.  How could this have worked out well?  Couple that with no real risk management or controls, and the recipe for disaster was firmly in place.
The vaunted computer programs that were designed to monitor risk also turned out to die on the old school saw about computers:  garbage in, garbage out.  Citi, once again like too many others, didn’t factor in declines in housing values or the possibilities of wide scale defaults.  Gulp!  So, when both became commonplace there was no longer a foundation under the house of cards.
Knowing some of the people and players made reading the piece painful.  I can remember Eric Eve, head of community partnerships within the global consumer group, being horrified to learn more than a year ago that despite repeated assurances to the contrary from his superiors, that Citi owned a lot of this garbage in terms of securitized subprime derivatives.  He was shaken, because he felt his credibility with all of our partnerships was gone.  In the annual community partners meetings top executives would parade before us with similar assurances, insights, and information.  Nothing though was built on rock.  It was all sand.
If there is such a thing as delayed comfort, it now turns out that Chuck Prince was only a short step ahead of Eric and a lot of other good Citi soldiers.  Seems he was also being assured, way too late in the game, that “oh, yeah, we own a LOT of this s**t, but it’s no problem, boss!”  All of the denials leached down from the highest floors to the basement until now, when everything has sunk to street level on Park Avenue, and the question now becomes whether Citi even survives at all. 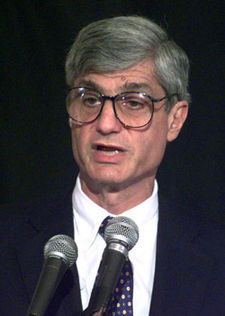