New Orleans  Steve Greenhouse, the Times labor reporter, wrote the obituary for Ron Carey’s passing at 72.  According to Greenhouse, the news of Carey’s death had perhaps predictably come not from the Teamsters union that he headed for a while, but from Ken Paff, the longtime director of the Teamster reform group, TDU, Teamsters for a Democratic Union.

Cary had been elected at the peak of the reform movement as president of what was then a 1.4 million member union in 1992 as someone outside of the entrenched leadership having been president of a largely UPS drivers local from the New York City area.  TDU had been winning some local elections in important areas at the time, and Carey was allied, and certainly seen by the existing structure as the devil incarnate.

His first term brought a lot of excitement and good will from the outside and hopes that the IBT would be become a huge and powerful force for progressives.  Non-teamster organizers with experience in other social movement unions or major reform efforts like 1199 and the Mineworkers found places in the new structure, no doubt roiling the waters inside the union as well.  Shining organizing lights under the old guard, like Vicky Saporta, seem to have a shot at making things happen.  There was hope that Carey could get the government to back off finally.  He trusteed a lot of locals and more than 70 local leaders with questionable connections were pushed out one way or another.  Internally, this was a hard job to endure this amount of conflict and change and still manage the organization when there are essentially two “parties” at war, reformers and old guard.  He proved his mettle as a leader and a great trade unionists by leading successfully

Perhaps that polarization more than anything else brought Carey down, since he was operating within the bunker in the shadow of the Capitol?  There was campaign financing irregularities in Carey’s re-election campaign.  US Citizen Action disbanded because of their part in a kind of laundering scheme where the union money was given to support several non-profits with other money mixed in and some of it came back to the re-election campaign funds for Carey in contravention of the bans on outside money in union elections.    A couple of people were caught in the maze.

I have never thought Carey got a fair rap.  He became the fall guy.  Some liberal funders and foundations who should have known better butted in with to try to exert influence about something they didn’t understand and put money somewhere it didn’t belong.  Of course there were no adverse consequences for them.  Money talks and money walks.

After winning re-election, Carey later was banned from the Teamsters by a federal oversight panel.  He was never found guilty of any criminal problem but rather of a fiduciary lapse in not having uncovered the scheme and acted on it.

Anywhere but in a labor union, and maybe anywhere but in the Teamsters at that time, because they had been demonized as not a real union in some strange way, even though they had more than a million real members who were working stiffs who counted on them to deliver, the mistake to the degree there was one on Carey’s part, would have been a ho-hum, wrist slap and a season of bad press.  The double standard is alive and well, but Ron Carey has passed away now, as another class warrior, and perhaps a class victim as well. 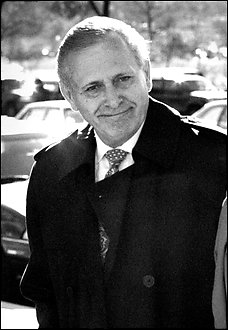