New Orleans               For quite some time there has been a low-grade resistance movement being fought within the Service Employees International Union by one of its largest local unions, United Healthcare-West, led by long term president, Sal Rosselli.  He has claimed that actions taken to deprive him of various leadership positions and other steps to transfer home care members from his jurisdiction into one-statewide local have been in retaliation for his high-volume and well publicized opposition to SEIU’s International President Andy Stern.  Much of this dispute broke into the public in the run-up to the quadrennial SEIU convention last June in San Juan, Puerto Rico.  As Chief Organizer of SEIU Local 100, the smart thing for me and the rest of our leaders has been to keep our heads down and mouths shut.

It has seemed there was no way anything good was going to come from any of this though.  The dispute always seemed a tactical effort by UHW not to lose 65000 homecare members from their northern California jurisdiction.  This decision also seemed inevitable, since within SEIU there had been so many combinations in the past to create large single-state local unions within long term health care jurisdictions.  Some of the positions by SEIU also seemed borderline, as if they were searching for excuses to prove and exercise power that is self-evident in the SEIU constitution.  Like it or not, despite any current battle, the war has long been lost over whether or not an international union or its locals has more power when it comes to jurisdiction.  The international wins hands down, end of discussion.

The one thing that all of these divisive tactics seemed to have bought UH-W besides time was a decision by President Stern and the IEB to turn the whole matter over to a respected outside hearing officer, rather than a handpicked leader who would have arguably just seemed an arm of the International Union.  University of Texas Professor and former Secretary of Labor under President Lyndon Johnson, Ray Marshall, agreed and did hold a hearing on whether or not to order a trusteeship of the local based on allegations of financial misconduct against Rosselli and his team.  The decision came down last week and the SEIU board unanimously accepted the Marshall recommendations.  The UH-W bridled at the decision but has been quieter than usual, because Marshall’s verdict was in many ways Solomon-like.

Marshall in fact did not order a trusteeship nor did he say that the actions by UH-W in the past warranted a trusteeship.  He shrewdly and importantly laid down the gauntlet for both parties based on future actions by the local leadership.  He gave UH-W five days to agree to abide by the earlier decision to surrender the 65,000 long-term care members to the new local.  If they did then, “no harm, no foul” on all of the strum and dang of the last year, but if they did not, he ordered that a trusteeship of UH-W be imposed based on any decision that was insubordinate to the International’s authority over jurisdiction.

Talk about a smart way to split the pickle and find something in the middle.

UH-W can claim it’s going to vote to disaffiliate or threaten court action, but Marshall found the sweet spot for the decision which seems uncontestable.  This is no longer a freedom of speech, union reform, retaliation issue, but a clear cut case of following the rules and insubordination.

UH-W can abide by the decision, which they should, and then find its place again within the International union taking its lumps, like so many have learned to do within large institutions, or they can refuse, but if they do so, thanks to Marshall’s handling of all of this, there is no longer any doubt about who is right or wrong.  SEIU would be right and UH-W would be wrong.  It would be a mess, but SEIU would have no choice but to trustee what would then be a renegade and rouge outfit.

The clock is ticking now.   For the sake of SEIU and the labor movement, we can only hope that UH-W does the right thing, licks its wounds, and abides by the Marshall Plan. 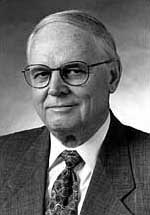