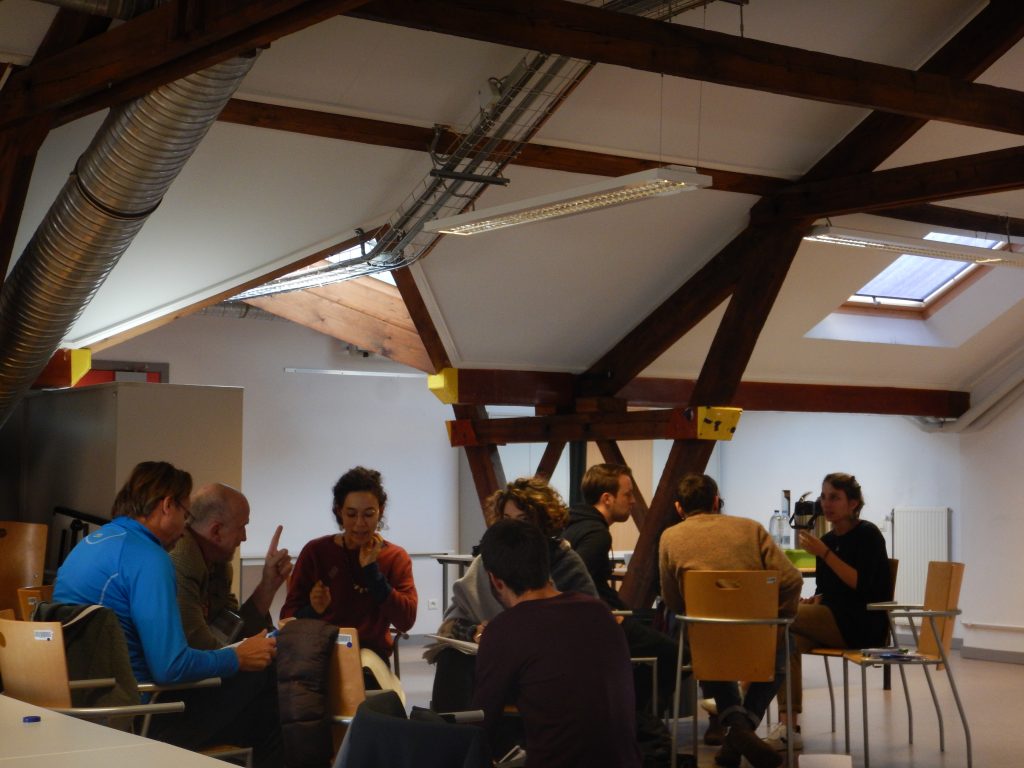 Brussels     There were more than twenty people in the room, mostly from Brussels area community-based development and service organizations, along with three last minute additions from Germany and one 11th hour insert from an NGO that Adrien Roux of the Alliance/ACORN in France and I had met several days ago.  They were there for an “introduction” to community organizing as it was advertised.  In reality, rather than an introduction, it was a full-scale head first dive into the ACORN model, doorknocking, and how we build organizations.

Adrien had some interesting tricks up his sleeve.  One I had seen before, as I was reminded later, but it was even more challenging than usual.  Rather than just have people give their names and where they worked, each individual would walk up, give their name and occupation, but also repeat the names of everyone who came before them.   To say the least my ear is not attuned to French, so I jumped up in fourth or fifth place so I could at least limit my embarrassment, though some showboats at the very end were still able to repeat all twenty names, amazingly enough.  A good tool to introduce people and embed the names more deeply. 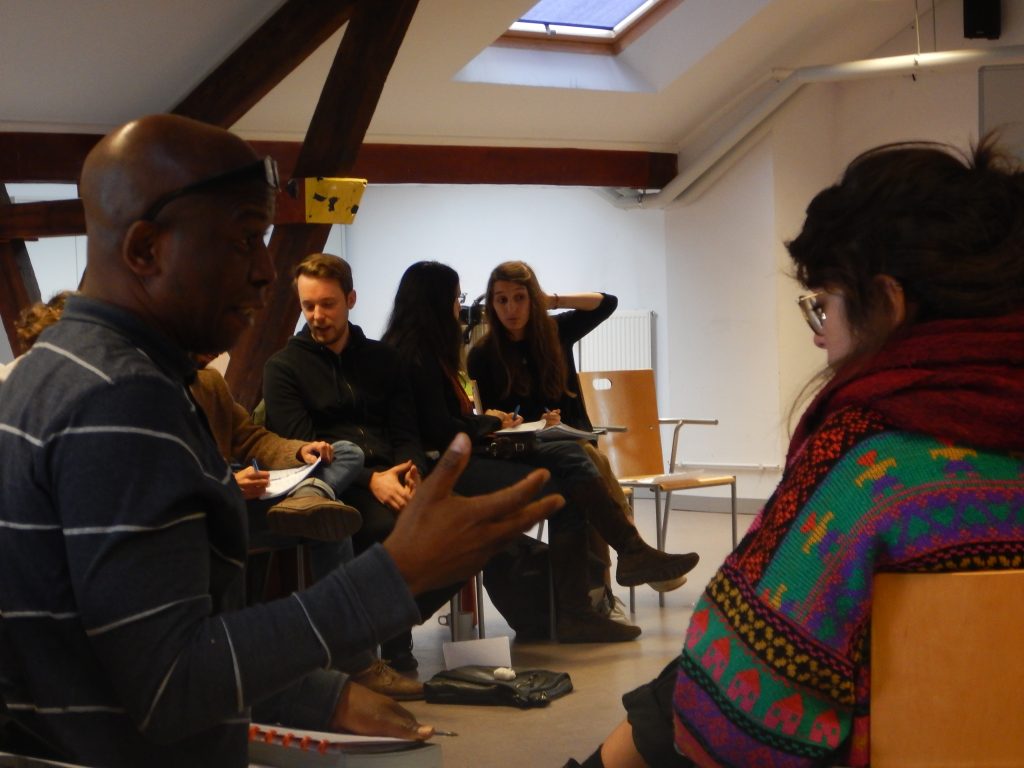 My part of the agenda then was to layout the mechanics of building an organization using the ACORN Model, which proceeded on schedule for about ninety minutes.  There were the usual questions and clarifications particularly about asking for dues and joining even before the organization had a first large meeting or taken action.  Many wanted to understand more clearly the organizer’s role compared to the leaders and presumably their own experiences.  Pretty standard stuff although one difference seemed to be that in Belgium most of the organizations were state funded pretty much whole hog.

Adrien then did a couple of clever things.  Pretty straightforwardly, he asked people to team up with another random person in the group and discuss what they thought was most difficult to resolve in what they had just heard about the organizing process.  After letting them roll for about 15 or 20 minutes he stepped in and went from group to group without saying a word but holding up his hands in a triangle, although it could have been any physical motion, and having described the tool in the earlier session ground rules, without a word people became quiet.  This is an old anarchist and Occupy tool, but well suited here.  He then had each group of two combine with another group of two, so that each group could try to resolve the problem that the other group had identified was troubling them.  Amazingly, after another 20 minutes when he asked each group how they had managed of the five only one had been unable to sort the situation out.  Some nice work there! 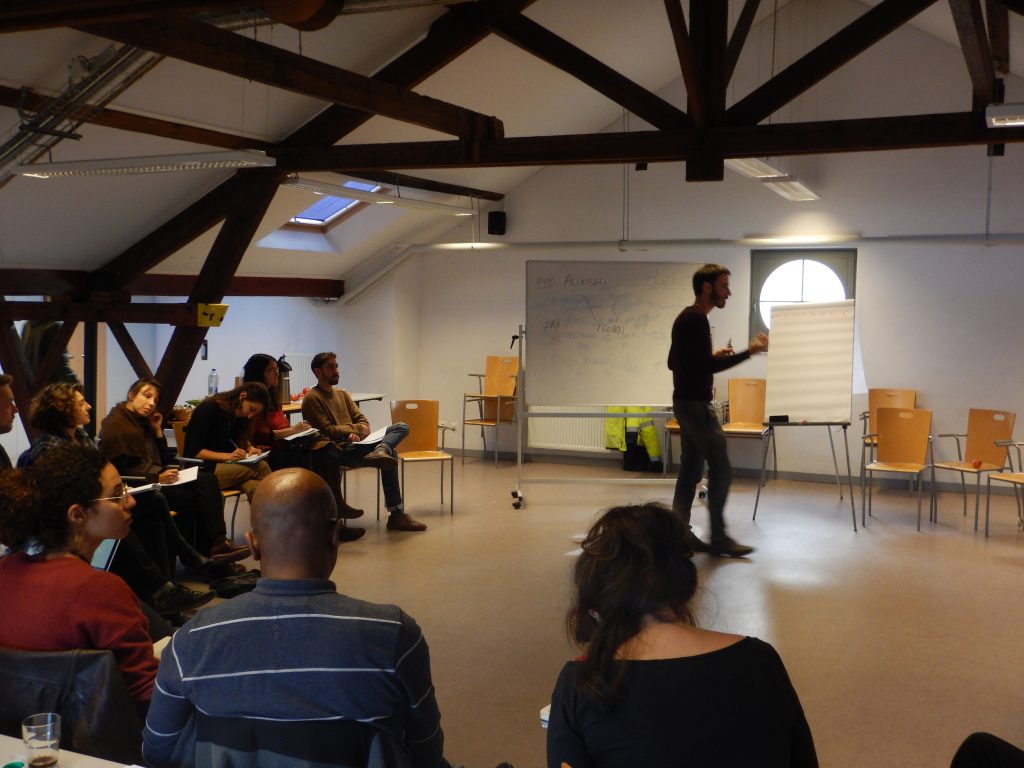 Learning something every day is a great thing!  For all of us!