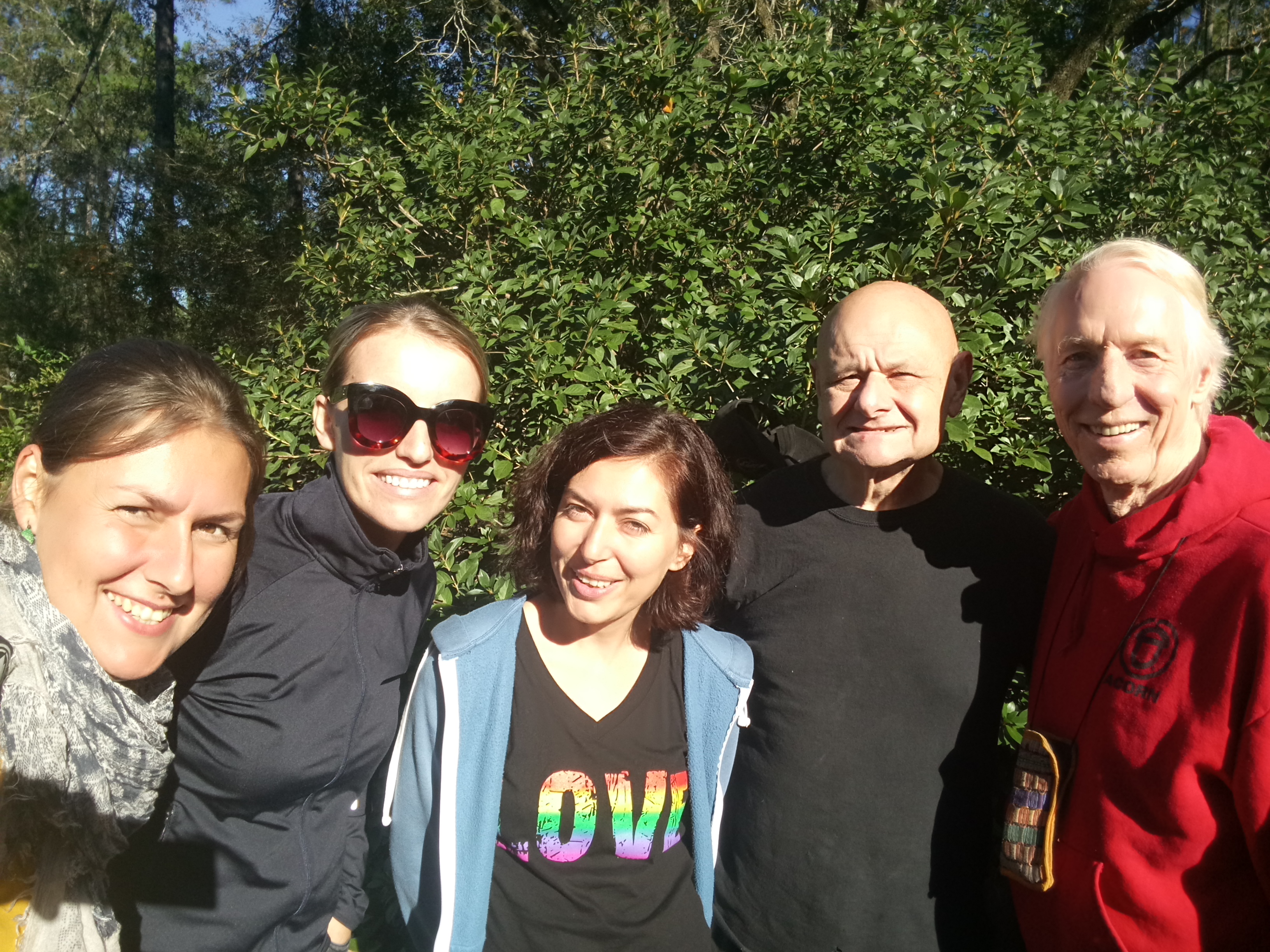 Bayou La Terre, Mississippi       It was time for a field trip for our friends and visitors from Slovakia, Bulgaria, and Albania, some of whom were in their last few days after weeks of working and training in New Orleans with ACORN International and our Louisiana affiliate, A Community Voice. For various reasons some weeks ago, I had reached out for John P. Clark, a former professor at Loyola University and activist in New Orleans.  Clark is a prominent eco-communitarian anarchist philosopher and author.  More importantly for us he also runs the La Terre Institute in the piney woods of southern Mississippi not much more than an hour from New Orleans and fairly close to the Mississippi Sound of the Gulf Coast. 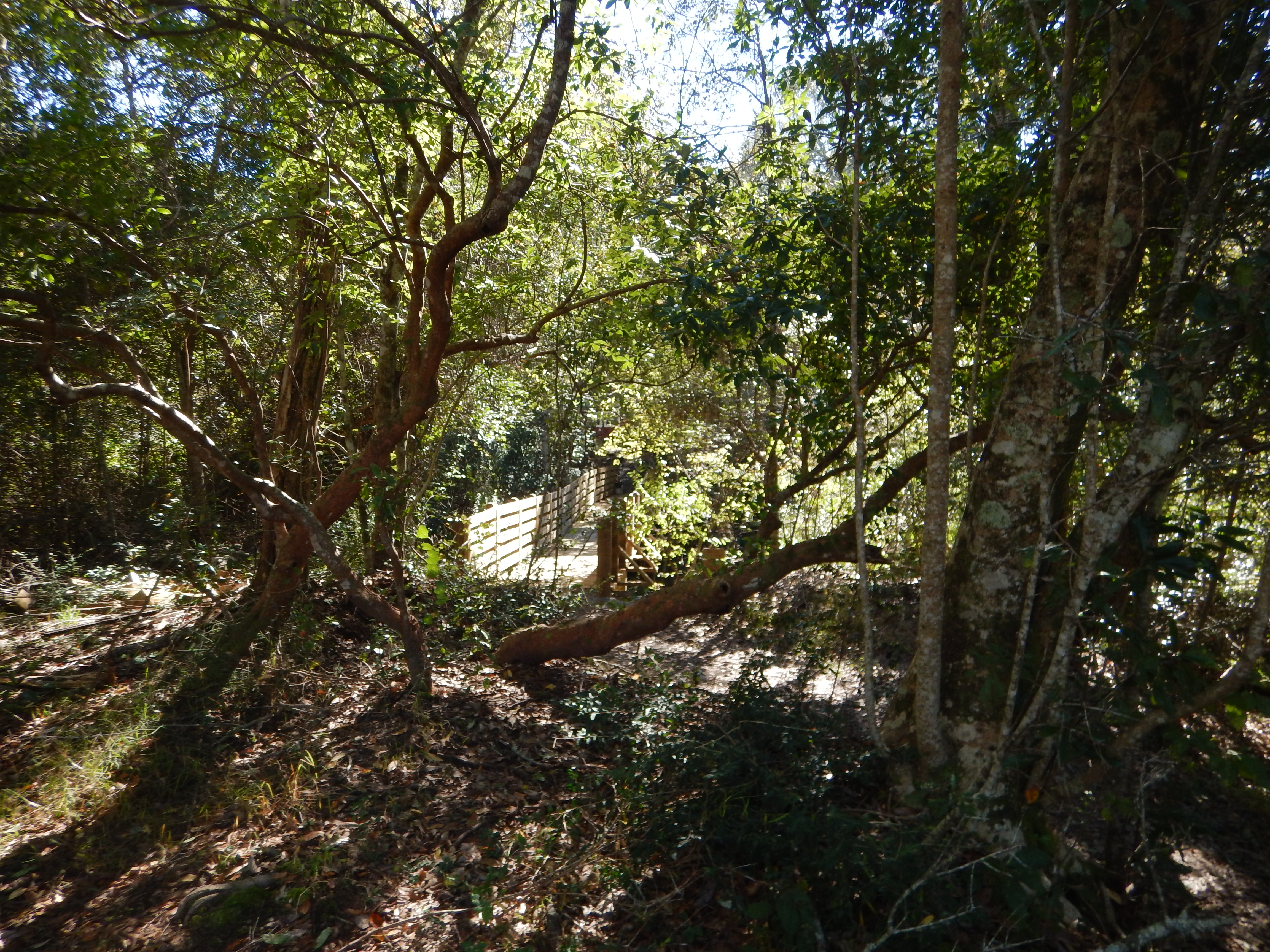 La Terre Institute abuts Bayou La Terre on more than 80 acres of contiguous property that Clark has assembled since the early 1990s.  The promise of the institute is to serve as a gathering spot and demonstration project for individuals and groups who align with some of Clark’s advocacy and scholarship.

Clark couldn’t have been more generous with his time.  Immediately he wanted to take us on a hike through the various pieces of his property and show us all of the work they had done.  We admired the solar panels and the pavilion they had constructed for larger meetings.  He hoped for walls someday, but thought one-hundred people could fit under the canopy even now.  The newish bridge was sturdy and led to a cabin across the bayou that looked comfortable and was still a work in progress as well. 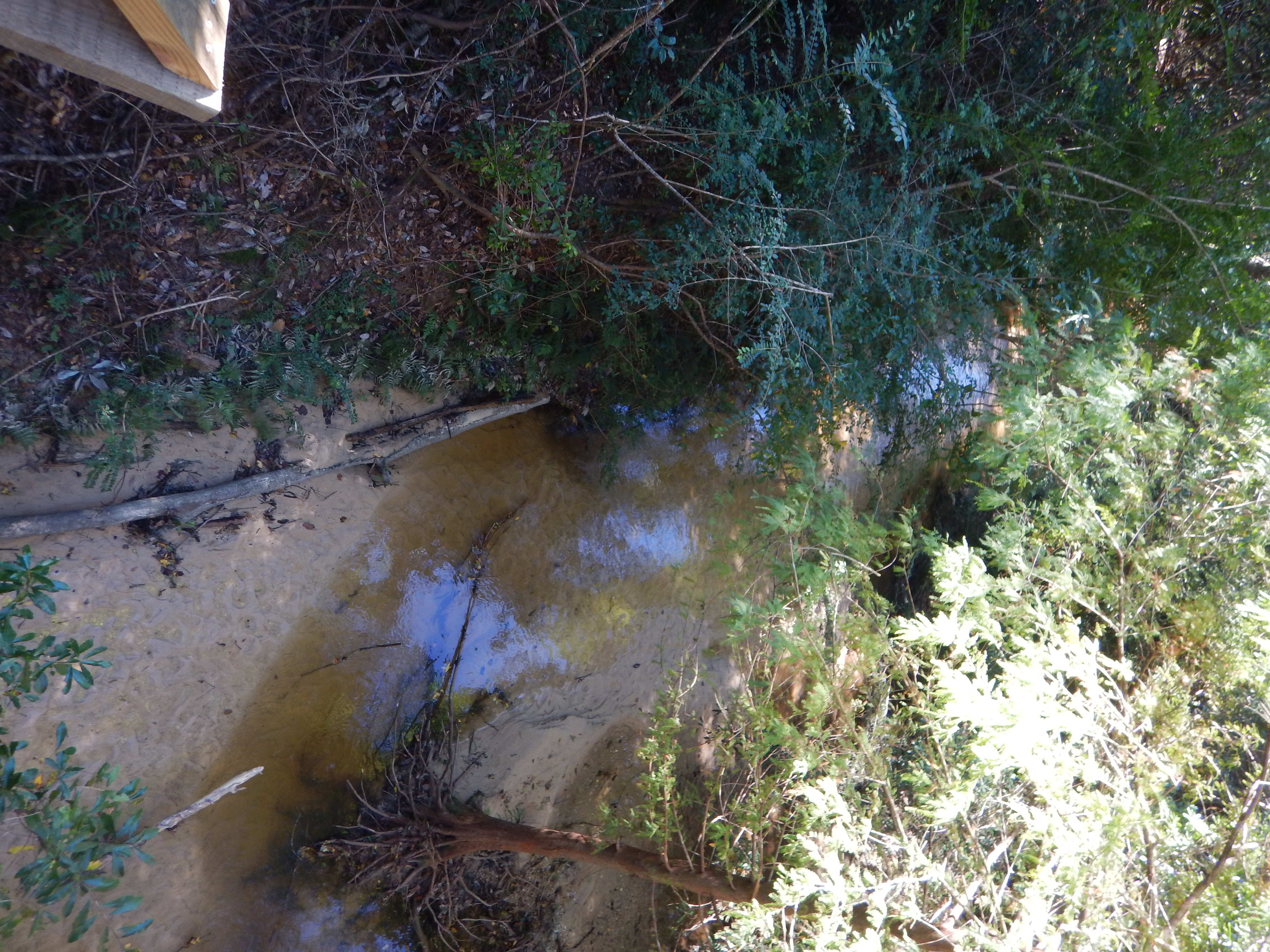 The trail was exhilarating on a warm, fall afternoon.  It was rough in spots from recent windfall, but had good winding angles and frequent surprises in spots along the bayou, sudden ravines and clearings, pine and some hardwood and cypress also shadowed us at different places along the way.  In stops and starts we heard about more plans for tent platforms and hutments at different points along the trail.  On one stop, we heard about a recent Earth First meeting of two-hundred in the winter which had been very successful.  They had shown their teams how to build a tree stand for sitting and sleeping in protests against timber cutting that was fascinating. 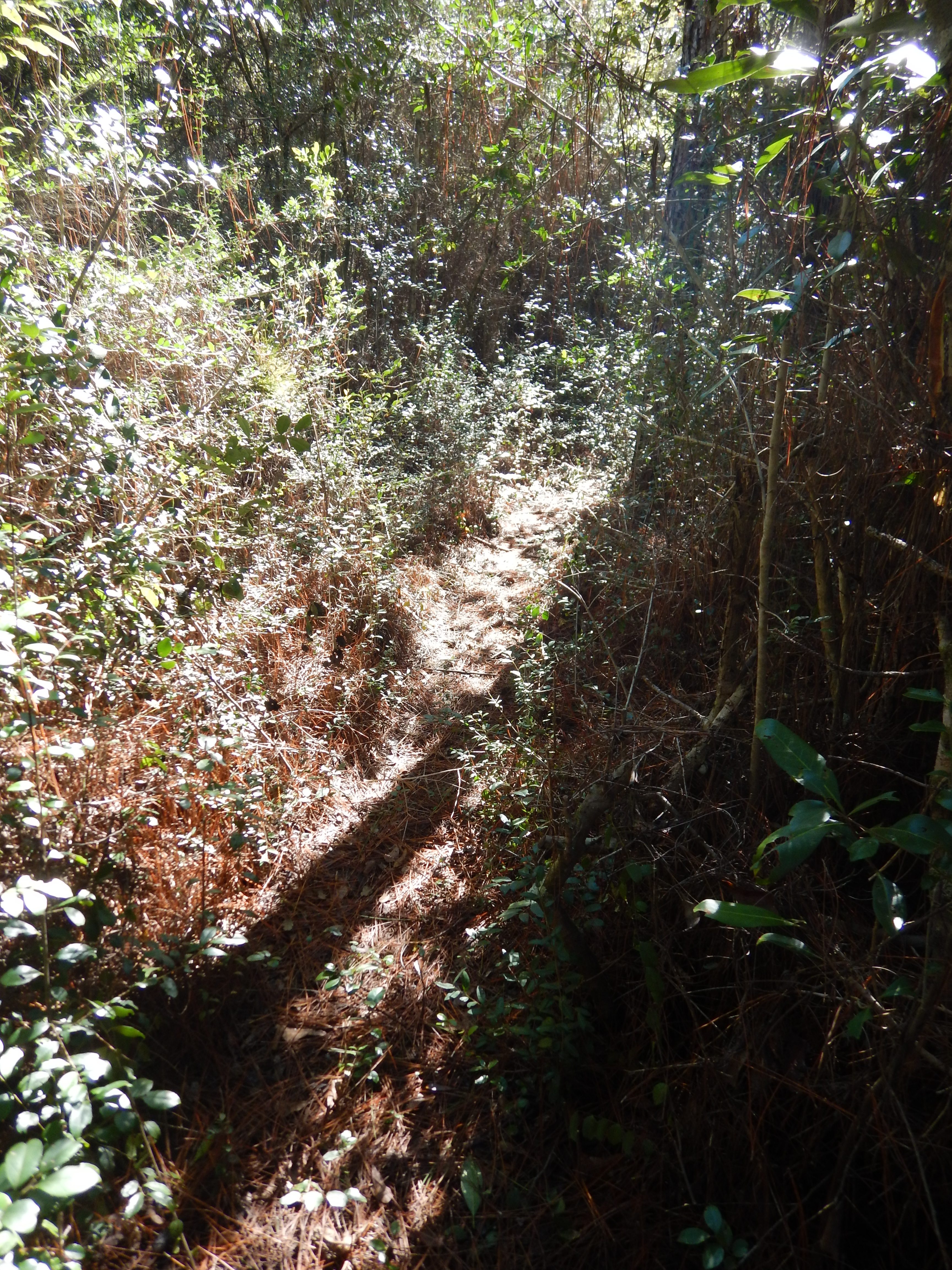 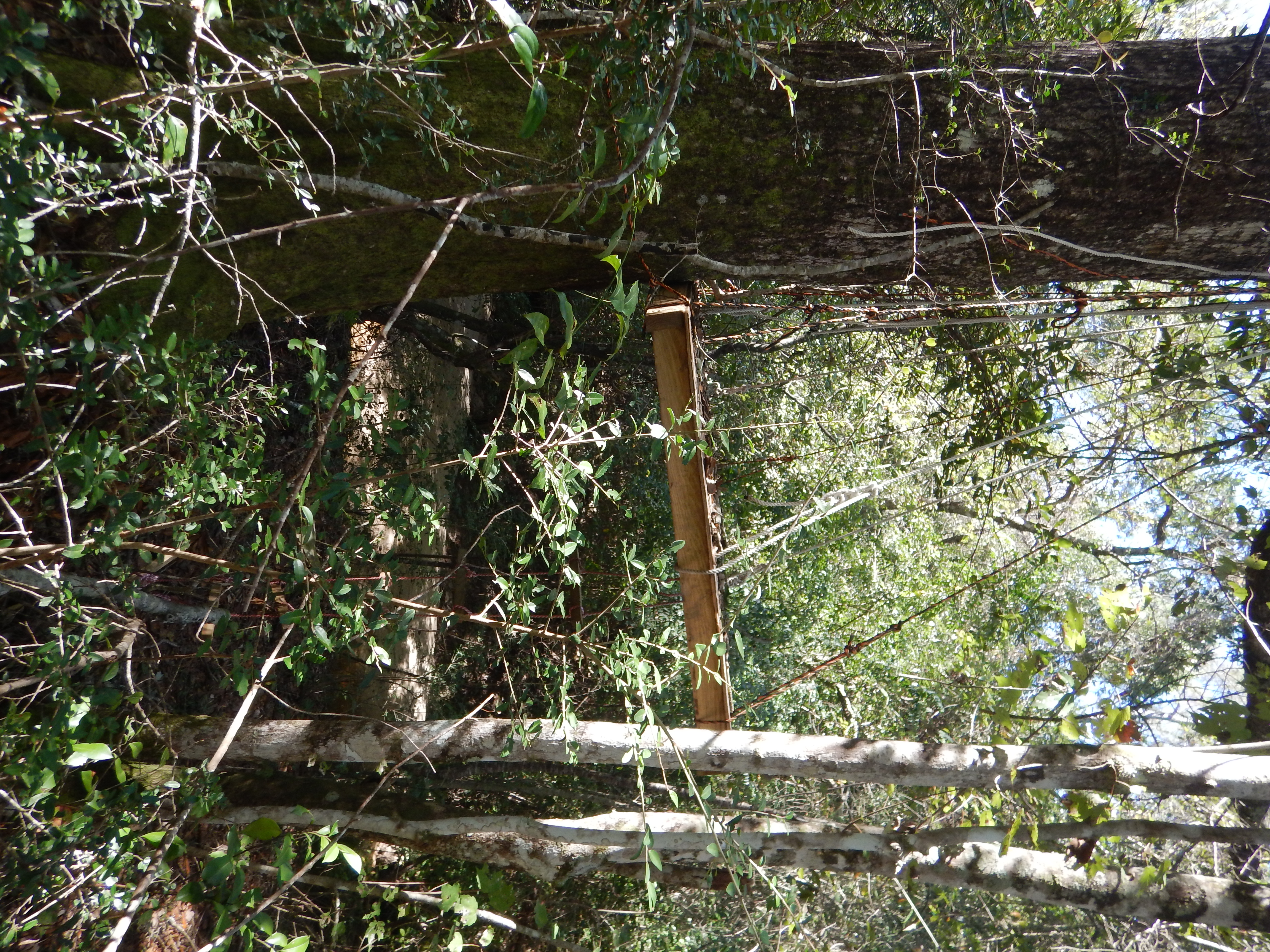 The key destination for our hike was a gnarled cypress tree that dates at least to 1803 and the time of the Louisiana Purchase more than two hundred fifty years ago.  The tree had been cored to determine the date, but just looking at the curvature of the limbs and trunk it was easy to imagine the hurricanes it had weathered through the centuries.

Visiting back and forth with Clark after we returned to the main house, our crew shared stories of their work and experiences.  I was given tips on how to fly to India from Katmandu on Buddha Airlines.

The La Terre Institute is a living example of Clark’s search to build the “impossible community,” and that’s a noble goal.  Being on the ground, it almost seemed realistic.  We all promised to return, and in my case, it’s a promise I’ll honor in order to support keeping this spirit alive. 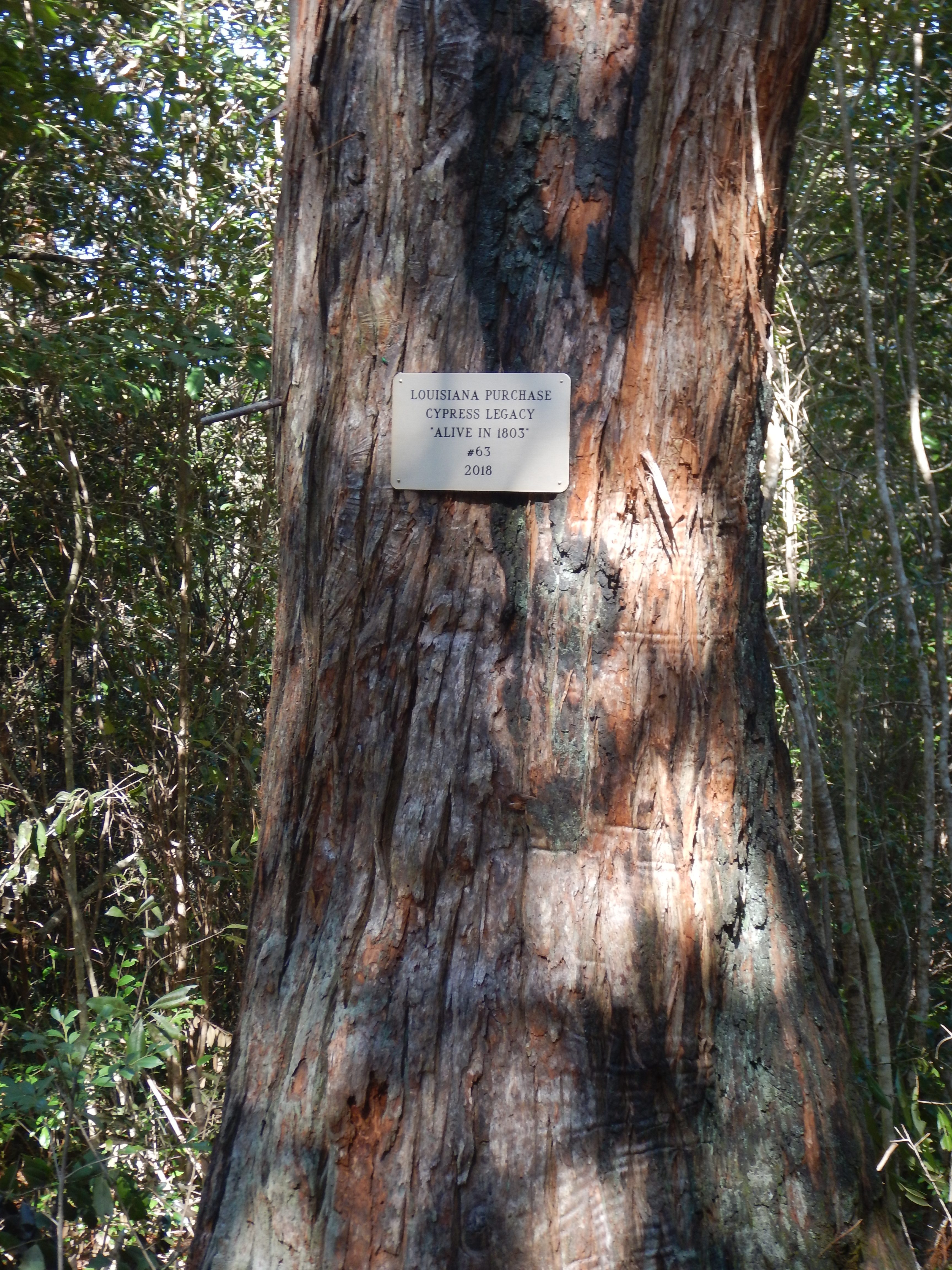