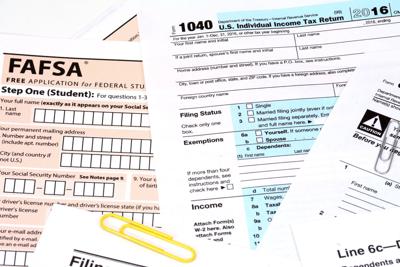 New Orleans   I hope people don’t hurt themselves with all the hand-wringing they are doing as they suddenly act as if they are shocked that the myth of American being a meritocracy is, you know, just a total scam bearing no semblance to reality.  Pundits, parents, and of course some students that had bought into the carrot are expressing shock at finding how much it was nothing but stick.  College admissions offices can’t decide whether to act aggrieved, apologize, hide, or finally admit that it has never been a fair system, and that they have no idea or mandate from their bosses in the presidents’ offices or certainly the development offices to actually embrace reform and construct a level playing field.

Of course, I’m again talking about the fact that 33 parents and a score of enablers in college and university athletic departments and admissions officers, joined together with the sharpie who ran a college advice and tutoring service in southern California.  Over a seven-year period they shared about $25 million according to the allegations from the Justice Department.

The tut-tooting about this scandal from the pundits is a hoot.  Some have bemoaned the skewed emphasis on getting into a school, rather than what you get out of a school.  Others have pointed out how little it matters elite or not elite, except for class status and social capital, as if that wasn’t exactly what they hoped to buy!

Another perspective was offered by a writer from the Miami area who had busted her butt to get into an elite school as the first from her family to ever go to college and her shock at hearing from a new friend who had slid into Cornell on the backs of family legacy, and laughed at her naivete.  I can remember my own initial head scratching, coming from a New Orleans public high school to Williams College, when I read the bold headline in the Williams Record that my class was the first to be admitted where a majority were from public schools and wondering how so many had gotten in from parochial school.  I should have known better of course.

Was it only last year when so many of these elite institutions were boasting of their supposed ramped up efforts to recruit disadvantage students in order to try to put a lipstick on this pig and pretend there was still a heart beat in the myth of the meritocracy?

Recent reports indicate that they don’t even have a real chance at big state universities, especially as tuition increases have soared there just as they have in elite private institutions.  The review of 2.4 million FAFSAs, the standard financial aid form, submitted between Oct. 1, 2017, and Oct. 31, 2018, for aid that would cover the 2018-2019 academic year, found that 30% of students whose parents’ adjusted gross income was in the lowest quintile submitted their FAFSA after March 1, 2018. Meanwhile, two-thirds of those whose parents were in the highest income quintile, earning upward of $133,000, submitted it by Feb. 1.   Illinois, North Carolina, Washington and other states make awards on a first-come, first-served basis, while some states set hard cutoffs in January or February. By mid-March, when many older, independent and low-income students start filing for aid, deadlines have passed for grants in Connecticut, Maryland, California, Michigan, Missouri, West Virginia and elsewhere.  You get it, right?  The door is slammed before many of these lower income students can even get their foot in.

Meritocracy, horse manure!  The Justice Department might get these deep-pocketed strivers, but we all know the Department of Education under billionaire Betsy DeVos is not going to lift a finger to level the playing field for all students applying for slots in higher education, quite the contrary.  Neither will we hear anything from President Donald Trump and his family, including Jared Kushner, since both of them were alleged to have benefited from contributions and connections to get into their schools.

This is such a farce though that it demands all of us get into the barn with shovels and demand a cleanup.