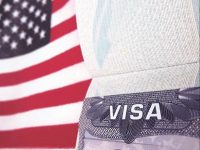 New Orleans    There used to be a saying about putting a new proposal in the circular file, meaning of course the trash basket in an office.  The White House equivalent of the circular basket seems to be to assign something to Trump advisor and son-in-law, Jared Kushner.  Once he gets his hands on a policy proposal, the country has nothing to fear but the worse itself.

This time it’s immigration.  The President went to the Rose Garden to present the plan, and it landed like a big shovel of manure on the flower beds.

No “huddled masses” were in this proposal.  Trump said the plan was developed by “our law-enforcement officials,” and that seems even a more dire prospect than saying my son-in-law.

Where presidents from George W. Bush to Barack Obama have tried to craft proposals working with Congress, this proposal’s only similarity to any of the more recent presidential efforts is that it doesn’t reduce the number.  The proposal shifts the emphasis away from reuniting families with existing visa holders and new citizens from the immigrant community to some vaguely defined “merit-based” system.  The “Build America Visa” is going to be for super special foreigners with talent to burn, workers with special skill-based vocations, read that as tech workers, and exceptional students, whatever that might mean.

Maybe you’re asking if this new immigration proposal deals with the ambitions of comprehensive efforts of the past or whether it is as mean-spirited and transactional as it seems, and maybe you’re not?  But if you were, unbelievably this proposal is totally silent on what to do about the 11 million undocumented immigrants in the country other than that there continues to be some language about Trump’s Wall Folly.  The proposal is also silent on the Dreamers, where for years there has been an emerging bipartisan consensus that there needs to be path to citizenship and an upgrade and extension on the DACA plan now in effect thanks to Obama, the courts, and the Trump administration’s ineptness in changing it.

Trump claims this latest proposal is in line with other countries, but who knows where that notion comes from since aside from a few authoritarian countries, asylum seekers are still given immigration protection, which is counter to administration’s wishes as well.  Observers also note that the proposal as it stands also pits various interests against each other:  agriculture vs. tech, education against deep pockets, and so forth.

The name alone pretty much ends any guessing game about whether this has any chance of moving forward.  A “Build America Visa” is a campaign plank for Trump’s reelection effort, not a real policy proposal on dealing with immigration or immigrants.  Unsurprisingly, the Democrats saw it for what it was, and it seems to be dead-on-arrival were it to be introduced in Congress.  Not that there’s any such plan.  In the Rose Garden, Trump said he would get this passed after the election when he controls the House, Senate, and is reelected.