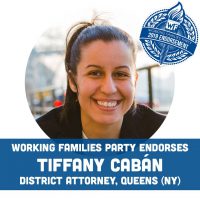 New Orleans   Joe Biden, good mainstream liberal and former Senator and Vice-President under Barack Obama, seems to be toast.  He didn’t pass the torch, he got torched in the recent candidates’ debate.  Bernie Sanders, the standard bearer of the left last time, seems almost left behind now.   Where is this all going?

A Pew Research survey finds that only 46% of Democrats see themselves as liberal or very liberal.  37% say they are moderate and 15% hail conservative.  A Gallup poll indicated that Democrats and Democratic-leaning independents indicated that 54% wanted the party to be more moderate and 41% more liberal.  Democrats are younger than Republicans with 43% under 40 and 12% over 70.  A 56% majority are women, and 54% are white.  They are lower income with 36% making less than $30,000 and 37% having a high school or lesser educational degree with two-thirds still claiming a religious affiliation.  Contrary to the Republican-Fox News opposition, these are not flamethrowers, and really for all of the talk, neither are candidates like Elizabeth Warren or Kamala Harris.  They are full-steam ahead for sure, but they aren’t exactly rock-the-boat people.

We could see that in the recent desertion by the moderate Democrats on the $4 billion plus migrant support bill.  House of Representative progressive Democrats had insisted on a clear standards of care protocol for migrant families and their children, but were abandoned by moderates who joined with Republicans to pass a Senate-version of the bill, undercutting Speaker Nancy Pelosi.

To win more progressive programs and policy, we need to look at local elections that can build that base. The recent legislative session in New York State where after years of fighting between the progressives and the left, Democrats won control of the body, and acted like it for a change, most amazingly in the area of rent control and tenant protections.  They were about as bipartisan as Republicans in Alabama, North Carolina, or Wisconsin.  Part of this story has been the high-wire act of the Working Family Party, where ACORN and its successors have been long-time mainstays from the founding.  The WFP in New York took almost death-defying risks in opposing Governor Cuomo’s re-election and faced an existential threat when the Governor upon returning to office threatened legislation to end fusion or multi-party ballot endorsement that affords WFT a ballot line.  The Democratic wave in the 2018 election and their grassroots work and base saved them.

The Working Families Party has to be both progressive and adaptable to grow.  It’s not enough to be just one or another.  They missed a bet by going with the incumbent in the House race won by Alexandra Ocasio-Cortez, the now famous AOC socialist firebrand in Congress, but they learned the lesson quickly.  A 31-year old public defender who had never stood for public office, Tiffany Caban, just toppled the incumbent district attorney in the Queens borough of New York City in the Democratic primary and credited the WFP and Socialist Party work and support for her victory.  The Wall Street Journal reported that “WFP New York State director Bill Lipton said the party’s legislative agenda for 2020 includes raising taxes on the wealthy, public financing for elections and fully legalizing marijuana.”

To win and then covert victories into change, a real grassroots political party has to be nimble, learn from its mistakes, and push the envelope, and go with candidates willing to bear their standard.  Hillary Clinton should have taught every candidate and the Democratic Party that lesson.  If she didn’t, the Working Family Party in New York and around the country, bears watching, because as one of our organizers constantly says, “Ya gotta learn!”