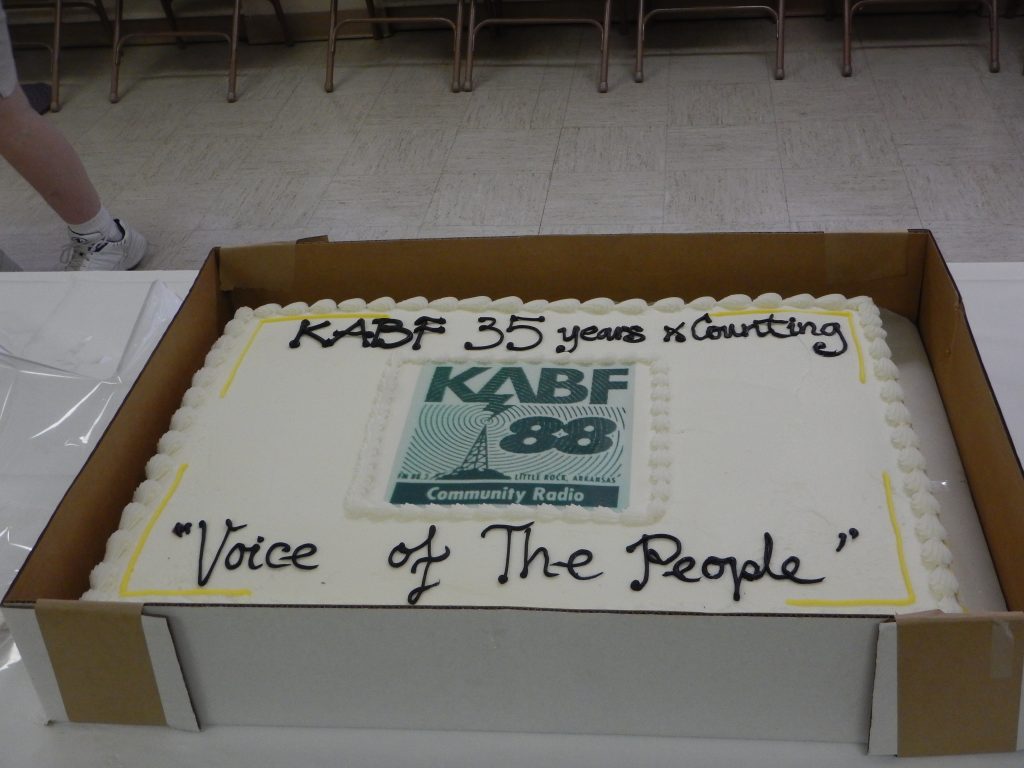 Little Rock       As the hosts of KABF’s radio shows gathered at the New Millennium Church in western Little Rock near the University of Little Rock campus, long time DJs went back and forth trying to remember when we had convened our last all hands meeting of the hosts.  I would venture three or four years, and others would swear it might have been five.  No one was certain, but it had definitely been a while.  Memory plays tricks, calendars speak facts, unless it’s coming from Justice Kavanagh or something.  In truth, it was January, 2016, a bit more than three years ago at the Central Arkansas Library System’s Darragh Room.  There were individual genre meetings with groups of hosts before then, but the all-host meeting before that was March 2013, six months or so after I began managing the station.

When I asked the thirty-five hosts in the room how many had been to a all-DJs meeting before, perhaps a half-dozen raised their hands, which said two things:  first, that many of the long time hosts, of which there are plenty, did not bother to come, and, secondly, that it was time to orient the new hosts, so it was good that we had convened everyone.  We began the meeting with a round of introductions which were heartening.  We had hosts from Sacred Gospel, from SpeakUp, from Union Station, from World Music and Banonauts with its African emphasis, from the rock and new music shows like Shoog Radio and Nevermind the Morning Show, from Gray Matter and the Workplace and Community Voice.  What a diverse and exciting team! 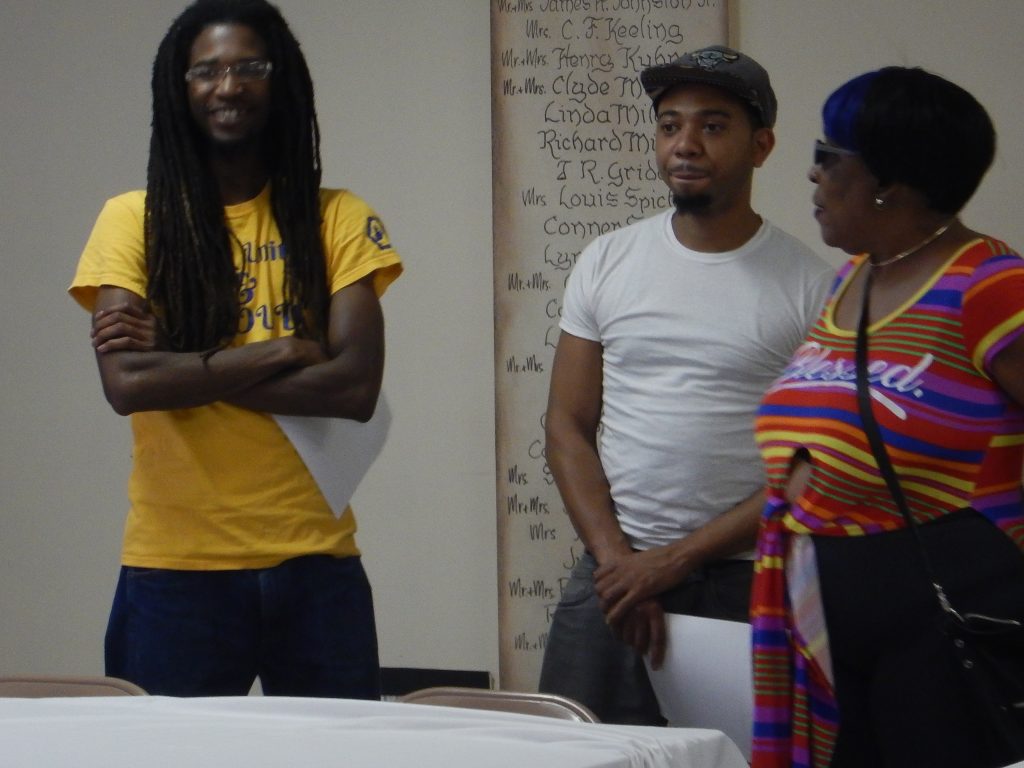 The meat and potatoes of the meeting was the station’s ongoing drive to be sustainable.  Hosts shared tips on how to improve their performance on pledge drives which are a steady source of a noncommercial station’s revenue, but never enough.  There was discussion about how to build underwriting partnerships, and why they were important.  The special item on the menu though, and not surprisingly, was membership.  Whether the shows pledged well or not, I wanted to deliver a message that everyone could recruit members to the station who would pay their dues and donations monthly.  I announced a twenty-member quota and heads nodded, which isn’t the same as agreement, but we’ll work to make it so.  Even at $5 a month with twenty members paying monthly the resources created would be huge for the station, and everyone has twenty friends, relatives, and neighbors, and that’s not even counting their listeners who should be their bread and butter.  The trick is always the same:  you have to ask! 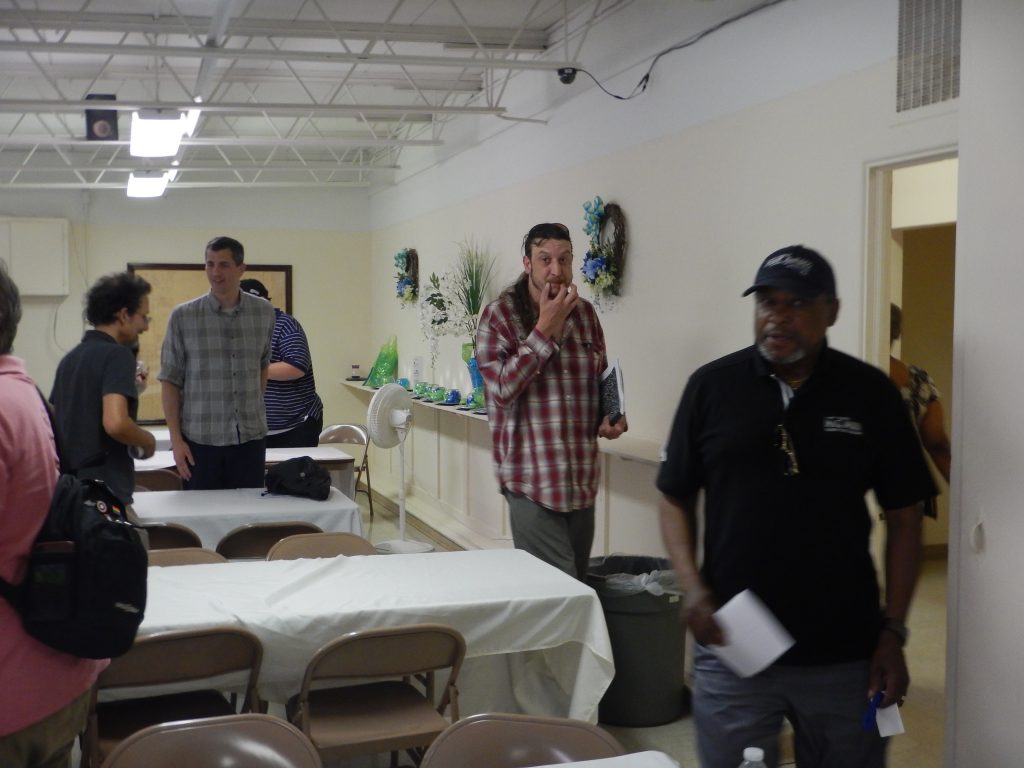 The other main item was actually an even more bitter pill.  Finally, a long-delayed conversion to new programming and broadcasting software is going to happen.  Our other stations did the changeover lickety-split, but change is hard when day to day you are used to the same ol’, same ol’.  My announcement that I would pull the plug on the old software at the end of the year, come hell or high water, went over with a bit of a thud and only two or three raised their hands to admit they had already gone to the new programming.

The proof will be in the pudding whether the hosts want more of these meetings or fewer.  As the station manager, I loved the opportunity to meet everyone in one place and have a shot at trying to get the volunteer army to march together towards the same battle station, rather than continuing to fire blindly or in a circle. 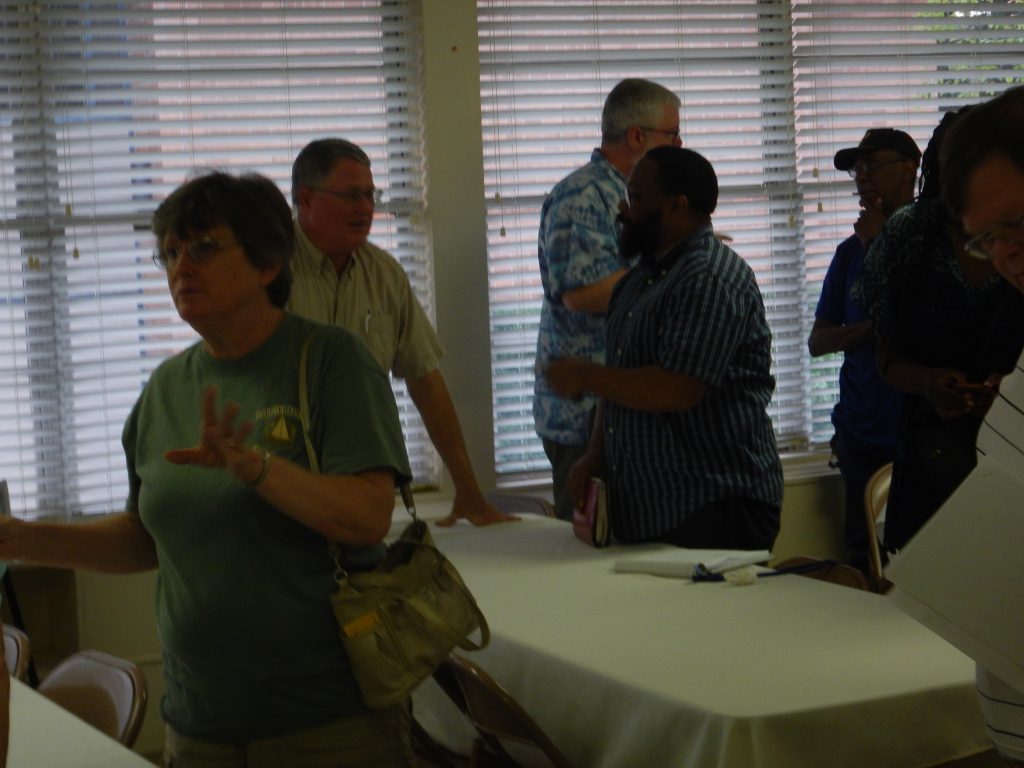