New Orleans      I thought of an article I had torn out of the New York Times and stuck into my bag to read more closely on my quick trip to Katmandu recently, when I got a weird email on the same trip.  The Historic Districts Landmarks Commission (HDLC) in New Orleans had sent us a bizarre missive, labeled as a Demolition notice, or more accurately, a threat to demolish, for the ACORN Global Enterprise property on Ponce de Leon where we operated the Fair Grinds Coffeehouse social enterprise.  Admittedly, they caught my attention, and, sure enough, many of our properties have now found themselves in Historic Districts where we can potentially be subjected to such bullying.

We knew of no complaints.  There had been no HDLC inspection.  What was the issue?  Finally, reading the thing, it was just a bullying threat because they had somehow observed that several weatherboards needed to be fixed.  This is New Orleans and a tropical climate and a large two-story frame house.  There are always going to be weatherboards that need to be tightened and fixed.  It is a commonplace matter of no great consequence that will cost a couple of hundred to repair at most, so what was the beef?  The HDLC notice seemed to want us to come in and get a permit to do the work.  I wasn’t born yesterday.  You only need a permit from HDLC if you are altering a property in some material way in an historic district.  No permit is needed for routine repairs that maintain existing conditions.  This whole thing on paper seems to add up to little more than municipally sanctioned harassment and a revenue scam for a small agency.  The actions of HDLC are the real nuisance here.  Does one waste the time messing with them or just fix the couple of weatherboards and let it ride?

The story in the Times demonstrated how harrowing – and expensive – such bullying and nuisances can become.  The article focused on the spiraling Catch-22 homeowners in Queens and elsewhere in New York City can face over simple problems like this in their homes.  The NYC Building Department might issue a citation for something, but confused homeowners often uncertain how to respond, delaying, or not understanding the procedure find themselves facing a series of fines for lateness that multiply and snowball.  As the Times reports:

“Before filing a certification, homeowners must have the condition fixed, which often begins with paying for a permit.  But before they can get the permit, they must pay additional civil penalties, incurred alongside the fines for construction issues.  Until the civil penalties are paid, owners will receive one fine after another for failing to comply.”

Understand this clearly, this is often after the problem was fixed and repaired, eliminating any safety concern or in the case of the niggling HDLC in New Orleans, aesthetic issue was addressed.

The Times pictured one house where three violations had incurred $495,800 in fines!  What in the world is the purpose of that?  Under what rationale of public policy can this level of bullying and predation by public bodies be excused?

I can think of none, and I believe there is none.

Please enjoy Dark Night Of The Soul by Van Morrison. 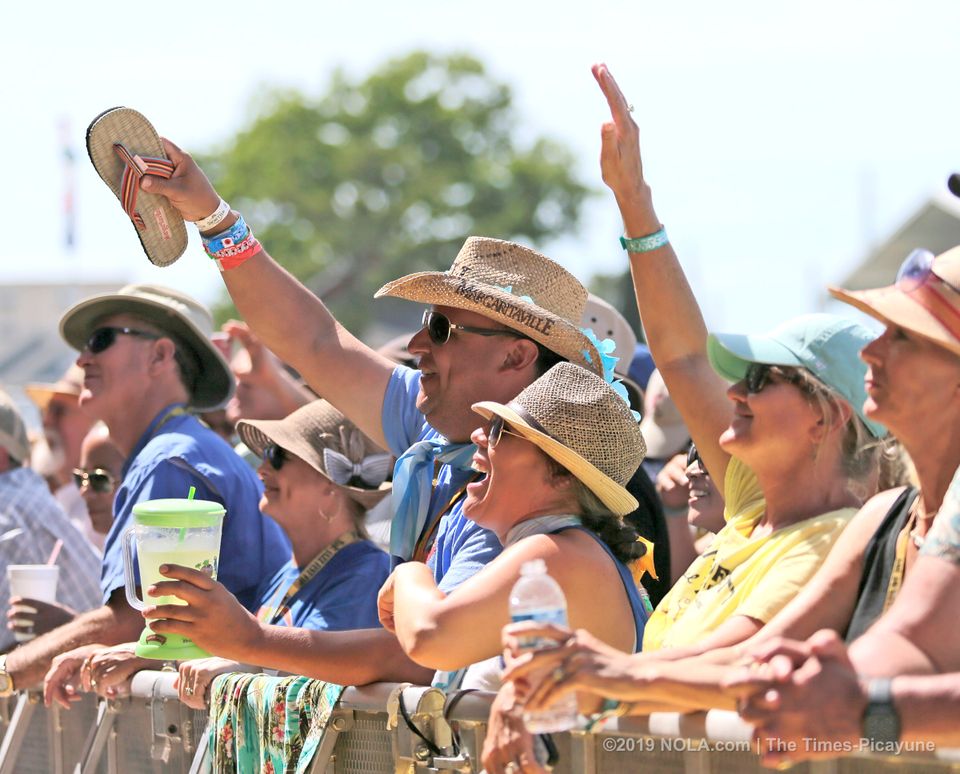 New Orleans      I know we talk a lot about inequality, particularly the oceanic gulf between the 1% and the rest of us, and all of this is certainly true.  At the same time, I’m starting to worry a bit about the “boomer affect” and what this is also doing to create a fair sized gulf not only on inequality issues, but also in depressing opportunity for the younger generations.  Let me be honest.  This is head-scratcher.  I don’t have the facts all tightly researched and well ordered.  What I have is a bunch of random factoids that worry me and start to point fingers at this boomer thing.

For example, the Jazz & Heritage Fest just ended in New Orleans celebrating its 50th anniversary.  The pictures in the newspapers show a lot of folks carrying some age in addition to their big hats and Hawaiian shirts.  Organizers have to work hard to bring younger people into the Fairgrounds especially when the cheapest tickets are over $50 for a day, and often much, much higher depending on the day.  The jazz demographic is highest in the boomer space between 50 and 64, and they only listen 13.5% of the time.  Can they make it another ten years this way, much less fifty?  I’d worry.

Gentrification and escalating average rents are always on my mind as an organizer.  We were in New York City recently which is ground zero for pushout and unaffordability.  Then I saw an item in the Times pointing fingers at the boomer affect rather than just the Wall Street and techsters.

In 2017, renters who were 60 or older made up 27% of the city’s rental population, a 20% increase over the previous decade, according to RENTCafe’s analysis of census data.  They outnumbered those under 34 years old and outnumbered homeowners in Manhattan, Brooklyn, and the Bronx.

The people quoted in the story were widows or elderly couples with highly disposable income.  Why would a landlord rent to a struggling millennial with a couple of roommates and all of what goes with the young, if you could get a quiet elderly willing to pay top dollar who takes naps in the afternoon?

Putting my ear to the ground, I can hear some ominous sounds along these same lines.  On our radio stations and coffeehouses on a daily basis I hear from aspiring musicians hoping we’ll play their new song on the radio or others that are touring and wonder if they can play, even busking, at the coffeehouse.  We do all we can, but that’s not really ever enough if you worry about what happens to young talent when they can’t make a living.  In the internet age most make their money by touring or with shows.  Then I see this in the paper:

Grossing $2500 meant that they lost money!

For years we’ve been reading that the boomer generation is going to capture tremendous wealth and the odds of the younger generation doing better are lower or achieving home ownership are sketchy.  Between the boomer affect and economic change that has concentrated wealth through public policies and the ability for a few, even in the arts, to aggregate technical and logistics operations that are unaffordable to others, we have something developing that doesn’t look or feel right for either now or the future.