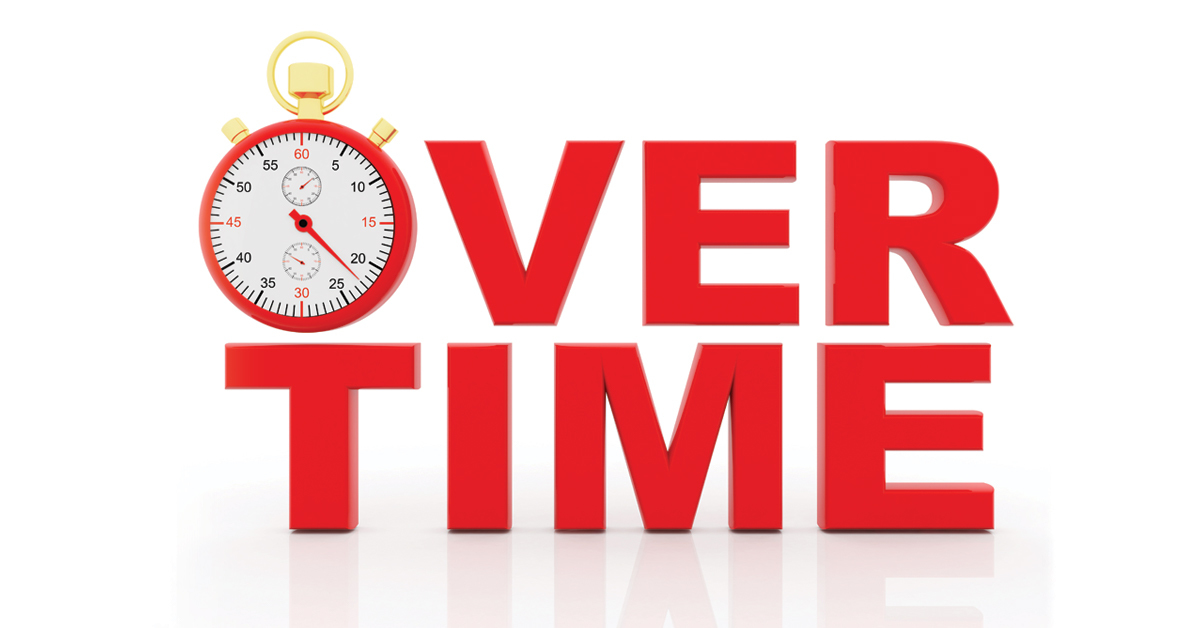 Little Rock       The Department of Labor has issued its revised rulemaking proposal on overtime eligibility for nonexempt workers.  A federal judge in Texas had halted the Obama administration’s efforts to move the number from $23,660 to double that amount at $47,476 annually.  Instead, the current proposal would move the number to $35,308 based on 2017 figures, and, reading the DOL proposal more closely, perhaps higher based on 2018 figures after the comment period, if this proposal passes muster.

Hopefully, you’re starting to get the picture.  It’s not a question of “the South shall rise again,” so to speak, but that everyone cannot rise again without the South.  There’s a certain cruel justice in this, as I write from deep in the South.  It’s a reminder that we have a national workforce rather than a regional one, even if Congress’ stubborn refusal since the George W. Bush administration to raise the federal minimum wage has increasingly forced local and state efforts to raise wages as politicians continue to ignore the economic reality of workers widening the gap for workers in the USA based on location.

The DOL this time around claims this bump will benefit 1.1 million workers, which is significant.  Others point out that the Obama DOL claimed 4 million workers would become eligible for overtime.  In a footnote in the current proposal, the DOL estimates that an additional two million workers would likely benefit who have been “nonexempt” (which means in English that they were not exempt) but were making over the 2004 allowable minimum weekly level of $455, but less than the newly proposed level of $679 per week, because they would “now fail both the salary levels and duty tests.”  The DOL in this footnote says that such workers would “have their overtime-eligible status strengthened in 2020” when this new rule would go into effect, which in non-legalese, plain English would mean that another 2 million workers would be able to collect overtime.   The proposal also adds another 200,000 workers who were making over $100,000 under the old rule and would now be eligible with the threshold moved up over $140,000.  Another point worth making is that the new proposal also mandates a review and adjustment every four years, which means that workers will not be stuck for a full fifteen years in the future, and that’s very important.  In short, the wage level is lower, but the number of potential beneficiaries is not as wide it would seem as reports are making it.

Everything being equal, and, frankly, it never is, this is not a bad deal.  If anyone wants better, the new rule is pointing out a clear path for future organizing.  If we can organize enough workers in the South or in retail nationally to move the average wages up, then all the benefits will trickle up from the bottom.

To me that sounds like a plan, though I doubt if many will be lining up to make it happen. San Jose   It’s official now. Starting December 1st, a bit more than six months from now, salaried employees making less than about $47,000 per year or $913 a week will be eligible for overtime pay at time-and-one-half of their effective hourly rate. The last adjustment in 2004 was a bit over $23,000 or $455 per week. Importantly, embedded in the rule is a regular adjustment every three years, so in 2020 the Department of Labor estimates that overtime eligibility will be $51,000. Earlier estimates targeted the impact as potentially effecting more than 5 million workers. Restaurant and other trade associations have indicated continued opposition, but no matter the sound and fury, the impact of this new rule will be huge one way or another.

At the least the new rule mandates a much closer accounting of hours for workers that have been salaried in the range of an effective rate of between $12 per hour and $23 per hour, which will require an obvious adjustment for many employers. The reckoning will not just come in the area of the standard workweek. Any regular meetings, conventions, seminars, and other work-related events that had been automatic for salaried workers in that range will now potentially trigger overtime. And, if not, overtime adjustments in workers’ schedules or exclusion from such events. Travel time has always been a contentious issue for hourly workers, and we can expect a deluge of transitional controversies for such workers now.

Increases before 2004 were more minimal, allowing employers to potentially meet the overtime requirements by raising minimum salaries above the threshold, giving workers a nice raise and avoiding the problems. We can expect that a doubling of the rate will not be met by most employers with an across the board raise of ten or fifteen thousand a year, but some who are close might bump workers over.

Opponents insist that this will mean reduced hours for many salaried workers, and that sounds right, but that’s also fair. Reduced hours for salaried workers does not mean less income than they are receiving now, but at least it means less work for the same amount of money. Workers given fewer hours will either have more leisure or more opportunity to do other work rather than being tied to more hours at the same pay with their primary employer.

My bet though is that this transition will be hard and that the Department of Labor will be swamped with both questions from workers, newly eligible for overtime, and with complaints from many workers whose employers are hoping they can wink-and-nod rather than tightening hours or paying overtime. In city after city where minimum wage increases have been won, we have all found that often the key to whether or not workers actually benefit from the changes is whether or not there is real provision for enforcement. Enforcement means rules with teeth and personnel. There’s no indication that Congress has suddenly beefed up the Wage and Hours Division of the Department of Labor, and they are already lagging in enforcing the existing minimum wage and overtime rules.

For workers to get the benefits claimed by this new rule and actually see increases in real income, it will take a change in employer mindset and enforcement to make sure that employer hearts and minds are forced to change. That change will be harder to realize than the process of simply establishing a new rule. Until then the jury is out on whether or not real wages will increase for salaried workers at the level projected.