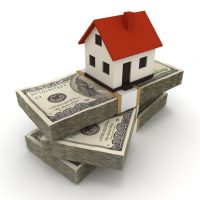 New Orleans               Once you start looking at property tax assessments, you don’t know what you might end up doing when the stark reality of the inequity of regressive taxation hits you full in the face. At least that’s what happened to us almost fifty years ago when we first started sparring with Pulaski County officials in Little Rock, Arkansas over the inability to achieve updated and fair assessments for lower income property owners. ACORN members who were fortunate enough to own their homes were constantly complaining about the amount of their property taxes. We buried our researchers in the offices of the county assessor and found nothing but contradictions, as corporate properties and homes in more upper income areas in western Little Rock and the county were assessed at lower evaluations than in the neighborhoods where we had been organizing the Save the City campaign in 1972. One thing led to another, and the next thing you know we engineered an ACORN and allies take over of the governing body, the Quorum Court, in 1974 to force change.

A campaign like that teaches young organizers and their leaders and members indelible lessons about the policy differences between regressive taxes like those on property and basic purchases, like sales taxes, which hit hardest on inflexible and reduced incomes, compared to progressive taxes, like income taxes, which equitably distribute the burden and dilute the adverse burdens of regressive taxation. In modern politics, even more impacted by corporate and wealthy campaign contributions, where is the incentive for politicians and assessors to do the hard work of guaranteeing equitable property evaluations?

Hard fought experience made the reading of a New York Times appraisal of the continuing injustice of assessments on lower income and minority families all the more painful. It was déjà vu all over again, and painful to see how little progress had been made across the country. Citing a recent national research study, the Times reported that, “Nationwide, from 2007 to 2016, homes in the bottom 10 percent of property values in a given county were taxed, on average, at an effective rate that was twice as high as the rate for homes in the top 10 percent of property values.” In Chicago’s Cook County, researchers “…calculated that from 2011 to 2015, inequities in property assessment resulted in the improper billing of $2.2 billion in taxes.”

There are a lot of excuses, many of them I remember from ACORN’s first tax campaign. It’s expensive. It’s only mandated irregularly and takes a lot of time. Assessors can only judge by the outside and comparable sales, which may be misleading. In fact, some jurisdictions, like Houston’s Harris County, Phoenix’s Maricopa County, and others have solved this problem. Systematically reviewing building permits can determine many internal improvements. Weighing homestead exemptions more favorably for lower income neighborhoods would also make a difference. Making the appeals process more accessible would help. Using modern technology to better assess the value of location would be another.

Unfortunately, the hard nut of the problem is the same as ACORN found in one campaign after another. Assessors and politicians have to want to deliver fair and equitable assessments to everyone, not just to the few and favored, and that turns out to be the nagging problem still resisting success. They don’t care, so we pay more.