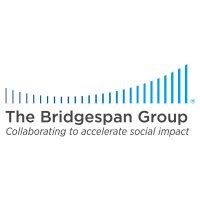 New Orleans     The headline in the New York Times caught by eye, saying “The Pitfalls of Giving Big but Thinking Small” with a subtitle that was even more interesting to me: “Donating Large Amounts to Social Change Groups Can Be Complicated, but it Isn’t Impossible.”  Wow, I work for a social change group.  I could really be helpful in answering this question, if someone is really asking.   With a global footprint and mission as big as America and as broad as the world, “giving big” and “large amounts” both sound a bit like music to my ear.

What’s up?  Where does the line start?

The foundation of this presumptive “news” story was a report by something called Bridgespan Group, which is only described as a “philanthropic consulting firm.”  One of its founders is quoted saying, “…if you wanted to put $1.8 billion to work to drive social change, how would do it?  It’s hard.”  Really, who knew?  Well, according to Bridgespan this is a vexing problem for the ultrawealthy, defined as those few who have more than a half-billion bucks of wealth.   Tom Tierney, the Bridgespaner, also claims that, “There is by all indications a sign of intent by the super wealthy to increase their giving to social change…but we haven’t invested in the pathways to let them to this in a productive way.”  Hmmm, so you say.  What’s going on here?

Bridgespan turns out to be the nonprofit offspring of Bain Capital.  Tierney turns out to have formally been the managing director of Bain.  Bain is famous to most of us little people as the platform for Mitt Romney and numerous others who ply the lucrative practice of corporate consulting.  Bridgespan became the stepbrother once removed after Bain did several studies discovering how much money was in the nonprofit sector and realized its brand didn’t lead well to mining this rich vein, so building a bridge span (get it?) to Bain would do the trick.

So, what does Bain in sheep’s clothing recommend in order to allegedly move money   from the hands of the superrich to what they want to refer to as social change?  According to the article they think the trick is “the creation of a ‘community foundation for America’ that would be able to accept large bequests and donations and then find small nonprofit groups that need funding.”

Funny thing? Been there, done that!  In 1976, Drummond Pike founded the Tides Foundation and its family of organizations in San Francisco to do exactly that, and it has done so for over 40 years quite well thank you, as an organization with revenue over $100 million and assets over that level as well.  The Tides operation is regularly ranked near the top of the largest nonprofits in the country by the Chronicle of Philanthropy.

Bain and Bridgespan are based in Boston, so maybe they are so old school and business-bound that they don’t think of something way over in California as truly American?  No, that’s not it, is it?  This report seems to be a little more than a marketing piece for Bridgespan and Bain with a cover story as a research document in hopes that someone among these supposedly social change besotted superrich folks will read it and, say, hey, great idea, Bridgespan, why don’t you get on the stick and create this national community foundation for America?.  They have made the case that this is oh so hard that the superrich can’t find the “pathway,” which means I guess that they don’t know how to call or fly to San Francisco and visit with Tides, so Bridgespan can do it all for them and collect their 20%.

Call or email me if you need the address for Tides, it’s still at the Presidio in San Francisco.  Or, better, send me the money directly, and we’re good to go!

One last question that’s a headscratcher to me?  Why did the New York Times run this thinly veiled puff piece for Bridgespan and Bain without it saying “Advertisement” at the top like the other ads? New Orleans     I’m not sure any of you are ready for this, but we’re going to review today why it is worth keeping your shoulder to the wheel to push forward towards social change no matter the odds as long as you and your associates are committed and can count your base as growing.  A bunch of social scientists from the University of Pennsylvania and the University of London came together in an article in Science magazine to try and figure where the tipping point to social changes might be triggered in mass populations and why it happens.

They claim it can be “well explained by the theory of critical mass as posited by evolutionary game theory” which might be pushing you to put your head in your hands, but thankfully they then helpfully translate that into English saying, “This theory argues that when a committed minority reaches a critical group size – commonly referred to as a “critical mass” – the social system crosses a tipping point.  Once the tipping point is reached, the actions of a minority group trigger a cascade of behavior change that rapidly increases the acceptance of a minority view.”  Get that?  For some it might mean simply that there’s a marriage between Lenin and Mao, as Lenin’s determined cadre combines with Mao’s mass base to make change.  For most of us it means that if we keep working and growing, we will eventually get there, no matter how long the odds, as along as we don’t stop fighting – and growing.

For decades I have argued that if an organization truly represented at least ten percent of the people in a specific constituency whether workers or communities in a city, that the organization could effectively speak for the whole.  My argument was based on experience and seat-of-the-pants advocacy.  Reading the Science piece, it seems that this “crucial mass dynamics” thing spends a lot of time trying to establish whether in fact you can make social change once you can move 10% of the people or whether you need 30 or 40% to trigger the tipping point.

Admittedly, the social scientists are talking about “social conventions” like gender roles, smoking less, toking more, long hair, short skirts, and things of this nature, but social change politically is within this same spectrum.  I’ll spare you a deep dive into the meat of their report and how they conducted various experiments to test out these theories, but I’ll share an observation they make which is an encouraging and frightening application of these principles.  They argue that these ideas “might be usefully applied…[by] organizations and governments to use confederate actors within online spaces to influence conventional behaviors and beliefs.”  As an example they cite the fact that the 50 Cent Party in China “has argued that the Chinese government has incentivized small groups of motivated individuals to anonymously infiltrate social media communities…with the intention of subtly shifting the tone of the collective dialogue to focus on topics that celebrate national pride and distract from collective grievances.”

Worth remembering that though these studies show a path for our team, other teams that would oppose social change, including governments, may jump down these roads even faster and more effectively, so we need to learn these lessons and adapt quickly.