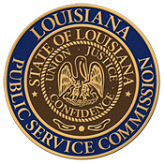 New Orleans    Cooperatives are something that many of us hold up as models of how things might work in a better – and different – world than the one where we now live and work.   Rural electric cooperatives display their democratic and membership principles as part of the cooperative movement since the 1930s on their walls, websites, bylaws, and membership reports routinely.  As reports issued by ACORN International and the Labor Neighbor Research & Training Center on RECs in the Southern states in recent years have underlined, the actual practice has gone far afield, especially when it comes to governance and democratic practice, self-dealing on pay and benefits, and inclusion of African-American, Latino, and women representation on their boards.

One of the highlights of 2018 in this struggle has been the fact that reporters increasingly in South Carolina and Louisiana have also picked up the trail in some cases using the reports we had assembled as well.  Key issues have been payments to board members as we stressed, but also junkets accompanied by spouses to various logrolling conferences attended by many as perks, which we had not underlined, but certainly where coop members are also footing the bill in their electric rates.

A recent report on coming agreements between the cooperative board associations and the Louisiana Public Service Commission (PSC) indicate that the tide may be finally turning in our direction, at least on some of these issues.  Critically, the early indications indicate that the PSC will mandate term limits for directors, which will be a huge step in the right direction of allowing members to take back control from some of these folks who have been holding on for decades.

There will also finally be limits on so-called “reimbursements” for board attendance.   As our reports indicated the evidence seems to point to manager’s salaries rising for many southern cooperatives in almost a direct ratio to also increasing the pay of directors, as recorded in their IRS 990 filings as 501c3 nonprofit organizations.  These elected positions are supposed to be voluntary, but have become key income sources for many directors, encouraging them to hold on to the posts for years and years.  This PSC action could cap that off.

An issue still unresolved, amazingly, is health insurance, which is a surprising and unknown benefit for volunteer board members, but is all part of this mutual backscratching and log-rolling, and a very pricey benefit at that.  In some cases, the PSC found that family members were also being covered!  All national cooperative recommendations abhor this practice, but reportedly at the expense of the cooperative members, this may be unresolved in Louisiana – and certainly elsewhere – but has to go.

None of these reforms will solve the fundamental issues, but this will be a sea change for many cooperatives, and should be a warning that change is coming, ready or not, to the rest of them.  Now, if we can just hold the Louisiana PSC’s feet to the fire, and get other states to get on board, we will really see some change come as members are enabled to seize back the powers that should have always been theirs. Columbia   Our ACORN Home Savers Campaign committee had been in Charlotte, North Carolina and was scheduled for Columbia, South Carolina some 90 minutes away. Panic pedaling about massive numbers of visitors and traffic jams because of the 2 ½ minutes scheduled for the city because of the total eclipse, had us on the road at 530 am for an 8am meeting. Of course we were sitting at a McDonalds having breakfast and chatting by 7am within a mile or two of our destination.

The traffic seemed normal on the interstates. Reports from all around the country seemed to confirm something along the same lines. There was little panic and uproar, just heads facing the clouds.

We had ordered our special eclipse glasses, 100 times stronger than regular sunglasses, weeks before, and, yes, they were certified, so we had no worries. We had tried them on the night before in Charlotte, and initially were surprised that we were essentially staring at black, since the glasses emitted no light. Jamie Jimenez from Philadelphia finally shined a flashlight app from his phone right to the rim of the glasses and we saw enough light to believe we would be OK and full-fledged members of the geek parade.

We drove out of town to a small town called Blythewood which was in the band of totality. The park looked like a picnic area. We stopped at a wings-and-ribs place around noon that had a line by the time we left with parking lots full. Families stood by the hoods of their cars or crouched in air conditioning as the moon started its creep across the edge of the sun. We stood there and did the same. Some of our team had earlier planes, so after ten minutes or so, we decided to move up the highway. The next stop was right at the edge of totality about 35 miles from Columbia. Neon signs flashed warning cars not to just pull off the side of the road, and very few did, though I thought that would have been a pretty good idea. There were a couple of cars at a turnoff there, and we measured the eclipse again. It was all amazing, but we voted to be happy with almost 99% and move even closer to Charlotte.

The next stop at a Pilot truck stop the lot was full. People parked everywhere. There was a party and festival atmosphere. We failed to get ice cream, so the next exit we just pulled off by the side of the road. There was an 18-wheeler that had done so across the highway. We were going to see it through the next 20-minutes. A young African-American woman parked on the side of the road about 30 feet up from us minutes later. She was holding a baby, had a youngster in the back seat, and was clearly pregnant again. I walked up and asked if she wanted an extra pair of our glasses so she and the kids could see the eclipse.

A yellowish light was forming around us as totality approached. A breeze came up and the temperature dropped noticeably. Crickets suddenly started chirping and jumping. Nelson Griffin, one of our team from Detroit, was bitten by a ladybug?!? We were in awe at power of the universe, and humbled.

Our young mother and neighbor walked up and thanked us after the celestial show was over before we piled in for the run to the airport and home. It was an amazing display of the magic of the world, but it was also a brief period in America when we were actually one community, facing in the same direction, one people under the moon and sun, the way we were meant to be, and never are.