Lake Buckhorn, Ontario    For some reason reading about the latest outrages of Trump and the wildness in the White House and Washington, the 1962 Gene Pitney song, “A Town without Pity,” has been rolling around in my head with a slight variation.  Where the famous line was, “No, it isn’t very pretty what a town without pity can do,” in my mind it has morphed to “it isn’t very pretty what a town without shame can do.”  One of the tactical propositions that has somehow disappeared in the modern public sphere is the role of shame.  President Trump has almost succeeded in establishing that shame has, like integrity, has no weight any longer in political life.

Sure, shame still works at a certain level in the marketplace.  Companies that depend on the good will or at least the ambivalence of consumers can still be impacted to a certain level by “naming and shaming,” but perhaps political leaders less so.  We are simultaneously watching the drama play out with four political figures in arguably democratic countries, America’s Donald Trump, Britain’s Boris Johnson, Israel’s Benjamin Netanyahu, and India’s Narendra Modi all prove that in post-modern political life, you can ignore levels of shame and defeat that under the norms of previous public norms would have – and did – devastate public figures.  They can lose elections, be indicted for corruption, be accused of crimes high and low, initiate purges and inspire ethnic and racial hatred, ignore laws and court orders, and more, yet still hang on not only to power, but large levels of support.

In organizing, I have long argued that you “only really lose when you stop fighting.”  Trump is a master of this principle applied to the political sphere, as are the others, even when there is huge condemnation of their actions within their own countries and horror globally.  Trump has been under investigation and facing resistance even before he took office as President, yet in a town without shame, he has learned nothing and never adapted his behavior to what were thought to be the accepted norms of public office at the highest level in this country.  Now, cracking the egg once again in his self-dealing with Ukraine where he has clearly attempted to lure another country into involvement in US-domestic politics to his own interest, he is proving that the entire experience with Russian involvement in 2016 never impacted any of his thinking or instructed future action.

Is there even such a thing as impunity, when there is no norm that would establish shame?  With the ability to mobilize popular support outside of institutions and structural power, is there even an establishment in the way we once understood a status quo?  Does reputation matter in a post-modern politics, if you can continue to control your own narrative without shame, making everything water-off-a-duck’s-back?

Maureen Dowd pointed out recently in her New York Times’ column that Trump is redefining politics and the Democratic list of excellent professional politicians is inadequate and groping to understand the new reality of public contest.  In a world, Washington, and White House where shame has disappeared and every reality is contested and fabricated, anyone trying to navigate the new world needs to realize what Trump and his mimickers have already learned, and re-calibrate how to operate differently.  If not, we will all be mired in the consequences. 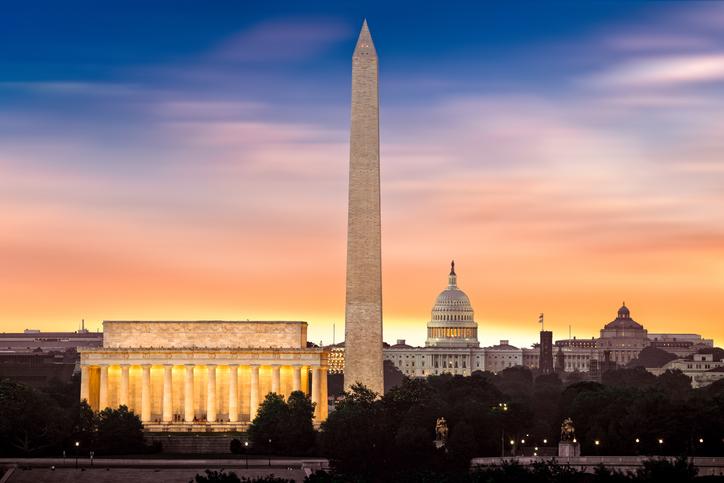 Washington     I count myself lucky, when I’m not in DC.  That’s not a new thing, but a lifelong habit.  It’s a company town, and I don’t much care for the company.

Sitting in Georgetown for a minute on my way to the University this evening, it’s a gray, early spring day.  I can tell it is early spring, because there are fewer winter jackets, more shirtsleeves, and sweaters.  Mainly it’s just overcast and depressing, so welcome to Washington!  Georgetown seems the same as always.  No parking.  Wine shops and fancy clothing stores like Ralph Lauren and others.  The one treat when I came into town every now and again decades ago was a burger at Five Guys, but now they are everywhere from airports to Missoula.  I’m sitting in something that looked like it might work called Wawa’s, a combo sandwich shop, coffee thing, and convenience store with a few tables and a Wi-fi that doesn’t work.  Different verse, same song.

The headlines this morning screamed about the Mueller report and no finding of collusion with the Russians.  The president predictably said he was exonerated, and everyone else from the columnists, editorialists, and talking heads blaring on the news and TV cautioned equally predictably – without seeing the report – that he was certainly not exonerated.  This viewpoint included his newly appointed Attorney General Barr and his old punching bag, Ron Rothstein, the beleaguered deputy attorney general.  They were clear that the report – that none of us has seen – was a minefield and a mess, but they didn’t feel the evidence was conclusive enough to warrant further indictments or charges against the President.  As everyone but the smallest children know this gives the President a break, but it doesn’t end his troubles since there are ongoing investigations in New York and of course now in the House of Representatives in numerous committees.  The harpy chorus on the editorial op ed pages of the Wall Street Journal wanted to question the time and expense, but whatever, the President has to be a happy man, and the rest of the campaigners need to re-calibrate.

It has been clear for quite a while that the campaign and its staffers were too incompetent and chaotic to collude with anyone effectively, much less the Russians.  This was the gang that couldn’t shoot straight and couldn’t believe that they would win this thing.  This was a campaign from top to bottom of grifters looking for the main chance to make a buck and position themselves for something in the future.  They were trying to build a brand, not lead the band.

There are a ton of good solid grounds, both personal and political, available to beat Trump.  We ought to express real joy that the Russians didn’t manage the Trump campaign, thank Mueller and the Department of Justice, and go after Trump on the issues for 2020 and stop pushing rewind on 2016.  That’s a loser.  His amorality, inattention, incompetence, and policy decisions need to be front and center.  He can continue to rant about Hillary and McCain, lost in the past.  We need to move to the future where victory lies waiting.