Little Rock Zach Polett and I met for breakfast to review ACORN’s political operations and of course we went to the Community Bakery on Main Street right above the Wilbur Mills Expressway as it dips to the east.  This was not a new thing for me, but an old habit.

For long stretches in the almost 8 years I lived in Little Rock in the 1970’s there were periods when it would be easier to count the days that I missed going to the Community Bakery to pick up a sweet roll to start my day, than the days that I was there.  ACORN had bought a building at 523 West Fifteenth Street, and the old location of the Community Bakery was just a couple of doors off 14th at Main Street, so it was close at hand.  I wasn’t the only one who picked up that habit certainly, and Joe Fox was another frequent customer there, along with many others in the office.

Joe was one of many unique stories in the early days of ACORN.   We were breaking new ground every day and any idea was worth pursuing even if we were over our heads and out of our element.  Joe came to us directly from Harvard Business School and after 34 years is still one of a kind in that sense.  [For several years when the B-school did their annual wage survey, Joe with his ACORN scale managed to single-handedly pull down the entire average — we were always very proud of that!]  We wanted him to see how we could make community economic development work for ACORN and integrate it into our work and financial model.  Of course we didn’t have two cents to rub together, only some half-baked ideas, our youth, and boundless optimism, masking as courage.

And, Joe did his best to make it all work. He was my right hand in putting together — literally from scratch and often with the sweat of his own brow and work of his own hand — the first non-commercial radio station that became part of the ACORN family in Tampa, which later led to additional stations in Dallas (www.knon.org) and Little Rock (www.kabf.org).  Eventually we both were smart enough to figure out that we were ahead of our time and who knew when we would catch up in resources and vision with the capacity that Joe represented.

Over time Joe came back to Little Rock, married Lia Lent, a wonderful woman from Hawaii, who had also worked for ACORN in various capacities, and eventually put together the plan and then the capital to buy the old Community Bakery, and then as the years went by moved it down the street, enlarged it, and made it into what it has now become, a community institution in its own right, certainly different than the kind of thing we might have imagined thirty years or so ago, but still something one can be very proud of in a number of ways.

This Saturday morning the place was hopping with people at a dozen tables reading papers, talking with each other, and making the Community Bakery a meeting place in its own right.  The staff, virtually all black, had been trained by Joe, Lia, and others to make the place work and to make decent wages as bakers and counter help, reflecting an important source of jobs in the downtown area as well.

I tried some kind of strudel and something called a crisp and washed it down with a cup of coffee that claimed it was a Bourbon Street blend.  I knew there was no chicory in the coffee, so it was a weak second to what I would have really, really liked, and certainly you would have never found strudel and other fancy fixings in the lower priced, cinnamon roll and glazed donut world of the old Community Bakery, but this was a place that didn’t care what business Zach and I had to get done, it was a public space in its own right and a community institution more than a simple sugar shack.

Joe and Lia should be proud of what they and their crew have built here.  It makes a contribution, more than simply being a statement about what someone does for a living.  This may not have been exactly what Joe and I had originally intended when we dreamed of so many things and so much more, but they picked a place, took a stand, created something good, and built a business — if you call it that — that will last a long, long time.

One thing for sure, if I’m in Little Rock, bet on the fact that this is where I’ll be for breakfast, and that’s true for anybody that cares about communities and building real capacity and long-term institutions. 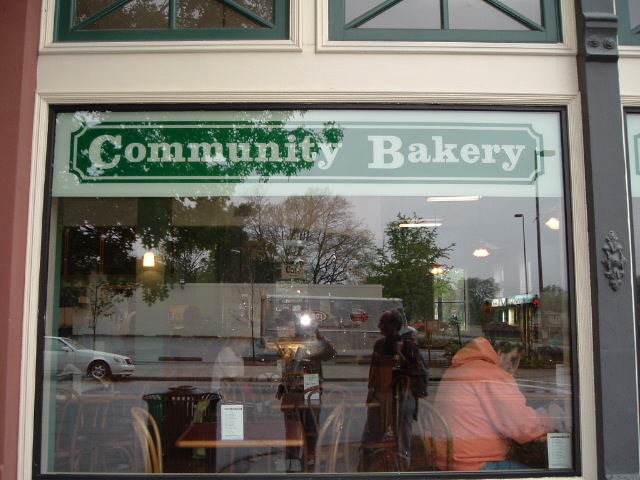