Buenos Aires: In Argentina everything is dated before or after the “crisis.” The crisis was the defining economic collapse when the value of the peso went to dirt and all of the bills came due. Banks closed and depositors lost their shirts. Interestingly, the people reacted by organizing and organizing in new and exciting forms.

Two years ago my son, Chaco, and I fell in love with Buenos Aires. We met with groups of piqueteros — a Latinized form for picketers. In those days you could not take a cab through the central city without having to change the route and have the cab driver turn to us, shrug, and say — “Piqueteros !” The piqueteros were unemployed men and women who had one job when no others were available — picketing to restore the previous level of “social security” or unemployment benefits to the rate before the crisis. Street blocking was a more accurate way of understanding the tactic that picketing. Picketing makes one think of signs and people strolling back and forth. There were crowds of folks, who moved quickly — and loudly — and blocked streets in and around the Social Security Ministry or the Health Ministry or other governmental offices.

We also met with leaders of several barista assembleas — neighborhood assemblies. In the midst of huge unemployment many of these men and women saw protecting their communities as their “job.” At least this was how they explained it to us. They would rally to prevent the closing of a public hospital and ally with the union of doctors and other professionals to keep it open. They would meet, work, demonstrate, and do whatever.

This was a beautiful city with a people who decided to fight rather than fold when confronted with huge adversity.

Between Peru and Brazil the plane dropped us off for 24 hours.

Some things were the same. It was still a beautiful city. Passing one of the main banks there was still a ring of police as a half-dozen folks banged on the huge metal doors loudly with hammers, graffiti full of accusations everywhere around the walls of the bank.

But a new government run by Nestor Kirchner had meant changes. The economy was doing better. The government had played hardball with the IMF around debt repayment and was negotiating at a dime on a dollar.

And, they had repressed the piqueteros. Enough had been enough and the government had finally driven them from the streets. The energy had also gone out of a lot of the asembleas from what everyone seemed to say from people on the street, the cab drivers, to folks in line at Customs.

Bad trade, it seems to me. There must have been a way to both pick up the beat and let the beat go on as well. These two great forces can coincide. 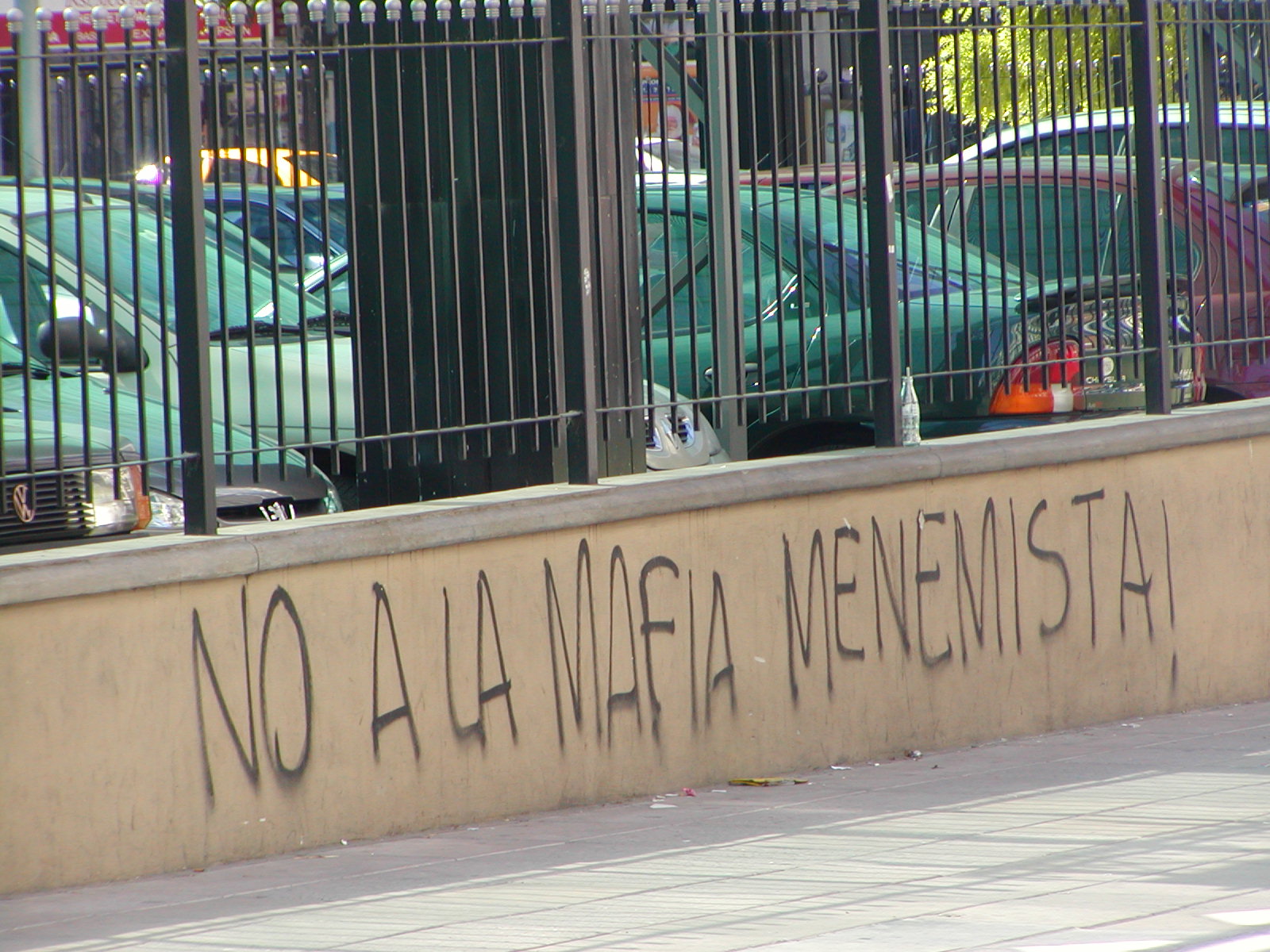 “No to the Menem Mafia”.