Porto Alegre, Brazil: The World Social Forum is difficult to describe. It started here in Brazil and has met here each of its five years except last year when it did evangelical work for social movements and met in Mumbai, India. It is a big, unruly, bunch of folks of every size and description both wildly exciting and gallingly frustrating.

The programs are emblematic of this tension. There are 50,000 to 100,000 people trying to attend the various tracks with their multiple times and subjects. It is virtually impossible to find anything without a program. Two years ago I came through my first WSF for a day and a half. Faithfully following the program I went to workshop and panel discussion after another. I enjoyed every single one. Absolutely none were the workshops advertised for that location and that time! The spirit and soul of the Forum is such that one is taken with admiration for the deep sincerity and passion that the participants bring to their causes, their organizations, and their movements.

We started the day trying to find everyone in our ACORN delegation. President Maude Hurd was MIA thus far. We could only guess that the snows in the northeast were holding her somewhere, but we had no idea where? Isabel Diaz from ACORN was stuck in meetings around water privatization and none of our phones worked.

From there we spent hours with representatives of the MST — the Movimento Sin Terra — the Landless Peoples’ Movement. The MST has squatted hundreds of thousands of people in the name of land reform. There is an interesting law in Brazil that if land is “unproductive” — allowed to be fallow — it can be claimed. A lot of the land that the MST squats is owned by the government or utilities or big corporations. Other land has been in large ranches and plantations and filled with violence and sometimes death. This is a tough fight. And, this is a big organization. The cadre is hard to penetrate, but one of the members of the executive directorate told us that 1000 to 1500 staff worked for the MST full and part-time though often with little pay. The illusion of a collective is actually a hierarchical structure proceeding from the base and its representatives to the regional to the state to the federal level — much like ACORN’s in fact. He claimed 80% of their money came from the communities after they had the land, not exactly in dues, but through a piece of the production and paying bills directly. Another 5% comes from foundations with other pieces from churches and other sources. This is a smart, tough and political organization of the left. They spin a lot of the story, but there is a great story they have to tell based on work that is real and visible.

The opening march saw a crowd of the MST, but it was matched by crowds from the CUT — the central labor federation — from the PT — the party of President Lula Silva and it seemed from simply everywhere. A huge crowd was assembled in the street waiting in the heat for the sun to drop just a little and the march to finally begin. When it did the flags were flying and the chants were loud and hearty driven by street marching bands assembled by some of the delegations.

Quite a wonderful thing this WSF in many, many ways…. 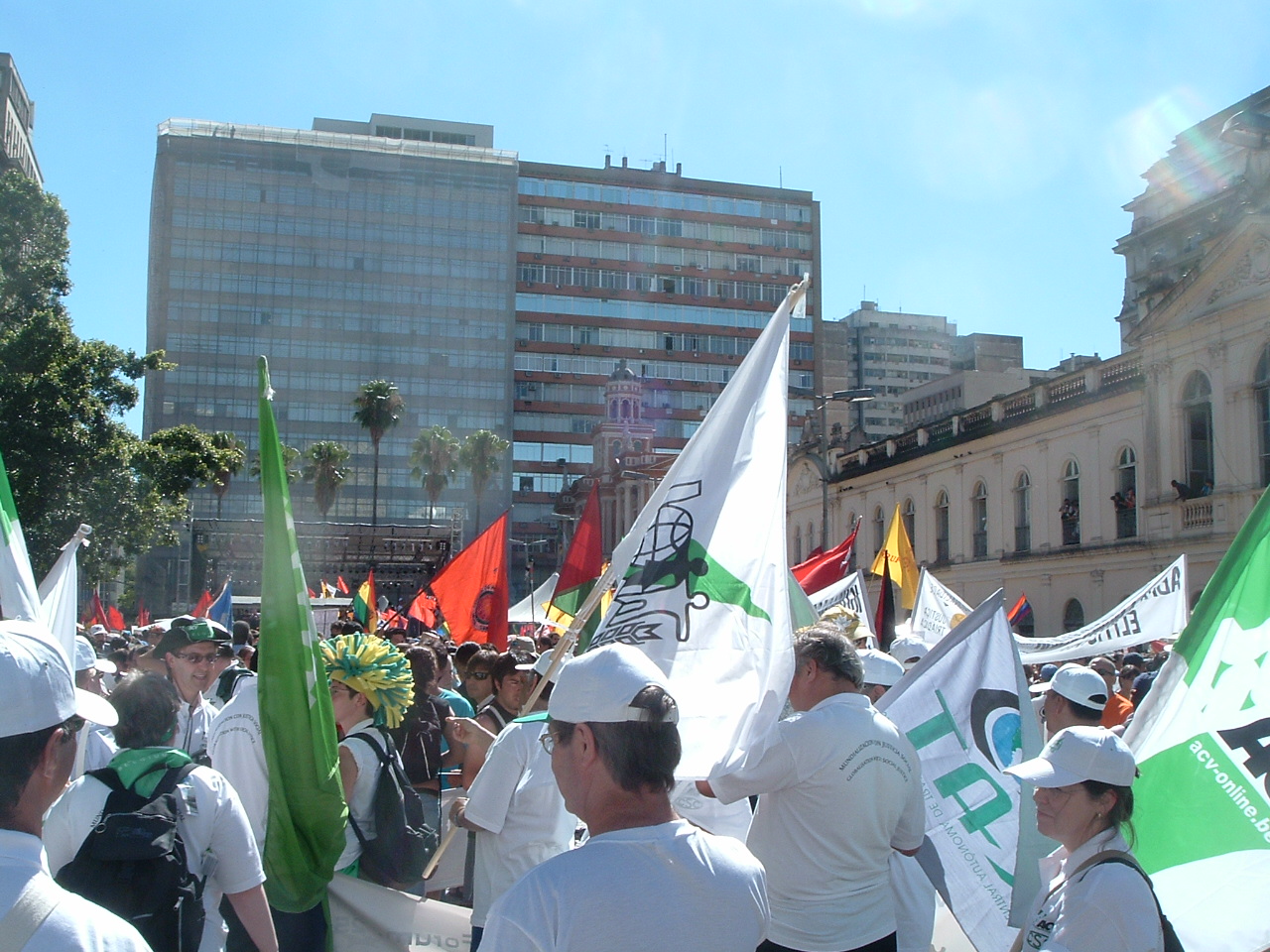 The march assembles for the opening of the WSF.
The sisters give the call!
The march moves out to the street.
The city salutes the marchers. 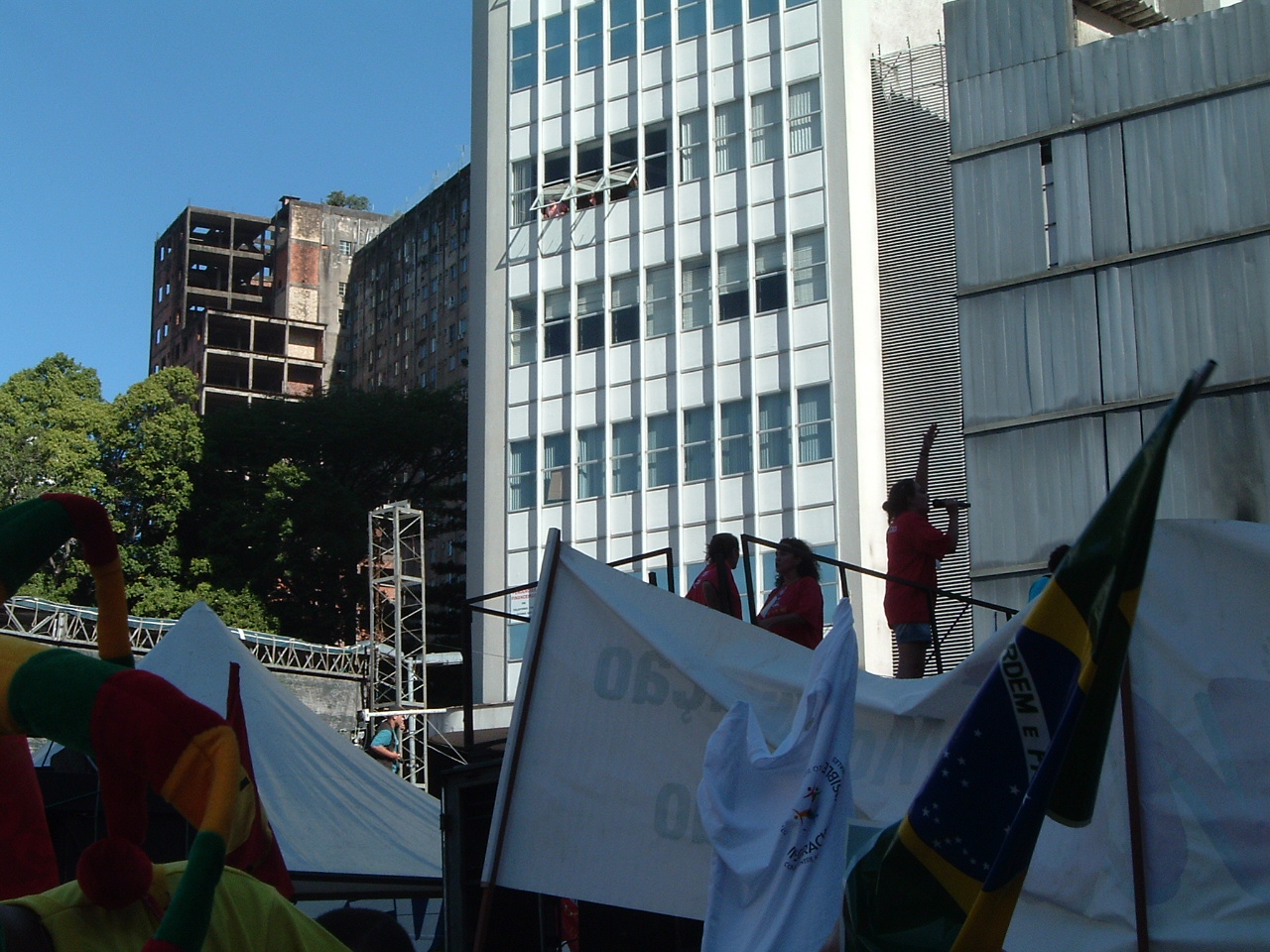 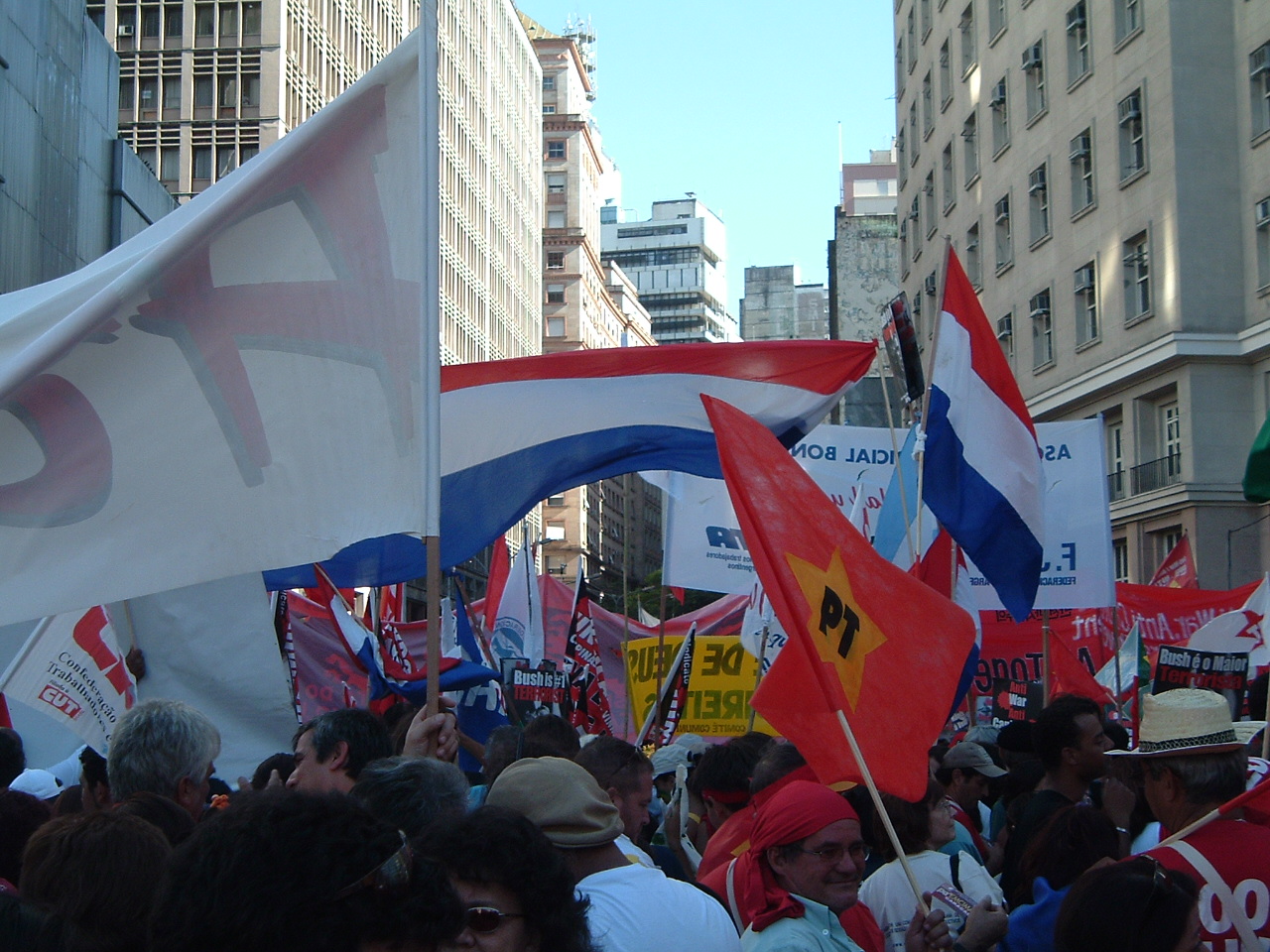 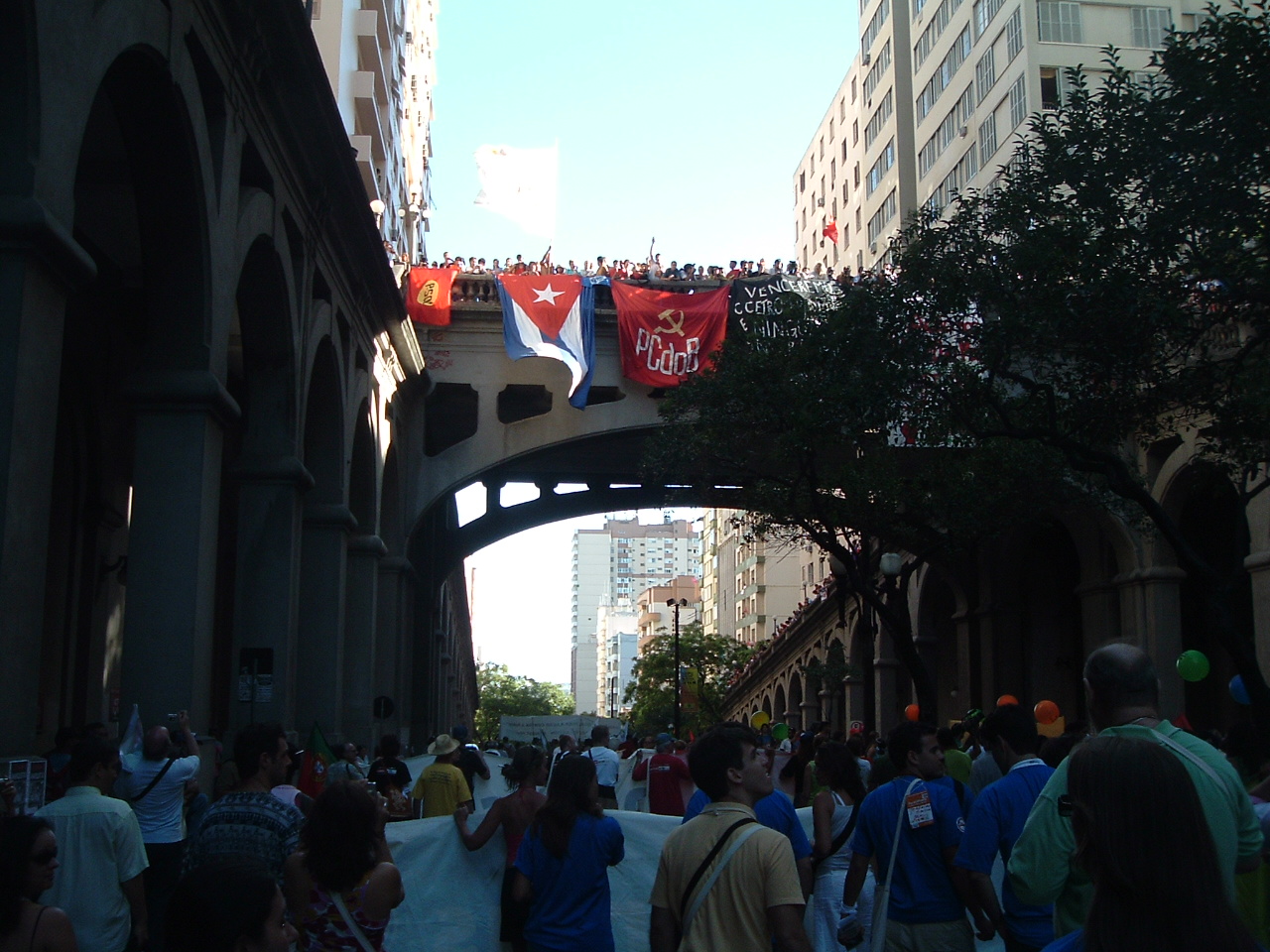