Lima:  Palomino was a ranging complex of several thousand apartment units that had been built in the mid-1960’s as housing for workers by the government of the Municipality of Lima.  Families now owned their apartments, and given the economy of Peru over recent years, these units were now home to many generations of a family with the original owners squeezed by their fixed incomes along with rising taxes, maintenance problems, and the rest of what goes with huge housing developments where the developer, even when the government, no longer bears any responsibility.   When ACORN Peru organizers began this year to build membership community organizers in Lima, Palomino was one of the early communities to emerge as a place to sink the roots of the organization.  As it happened, the organizing drive in Palomino came in first.

Alicia Castro, the newly elected President of Palomino ACORN, called the meeting to order a little after 5:30 pm on this Thursday evening to a crowd that had filled the room.  Later the organizers counted 314 people who had signed the attendance list coming into the meeting, which means 350 or so where there.  From the stage we could see red ACORN t-shirts under some jackets speckled throughout the hall.  A huge red banner was behind the stage and smaller banners and ACORN flags decorated the hall and the entrance way to the meeting.  The meeting place had been a union hall for commercial workers and was open to the mildly cool winter air as if one were sitting under the breezeway of an open tent, except that the cement blocks created side walls rather than stretched canvass.  From the stage one looked out over the rebar poles on this and other buildings that waited for the opportunities to grow taller some hopeful day.

There was excitement and there was rapt attention as the meeting went forward.  Vice-President Pedro Lara gave the “what is ACORN description” that has opened first meetings a thousand times in 35 years.  There were various targets, all of whom spoke longer than pleased the crowd and some of whom got the message and signed the demands on the banner, realizing there was something new in Lima this night.  The Mayor of Lima has promised to come, then tried to send an aide, and then left his chair open, angering the crowd and the 250 ACORN members who had already joined Palomino ACORN and paid dues during the organizing drive.  The issue was property tax relief especially in the wake of abatements given to big companies, while the burden continued to rise on the families of Palomino.  The first demonstration would undoubtedly prove to the Mayor that running might be one thing, but hiding another.

That was in the near future, while this night was something special, something historic for all of us there on a cool, but exhilarating winter night as ACORN was borne in Lima. 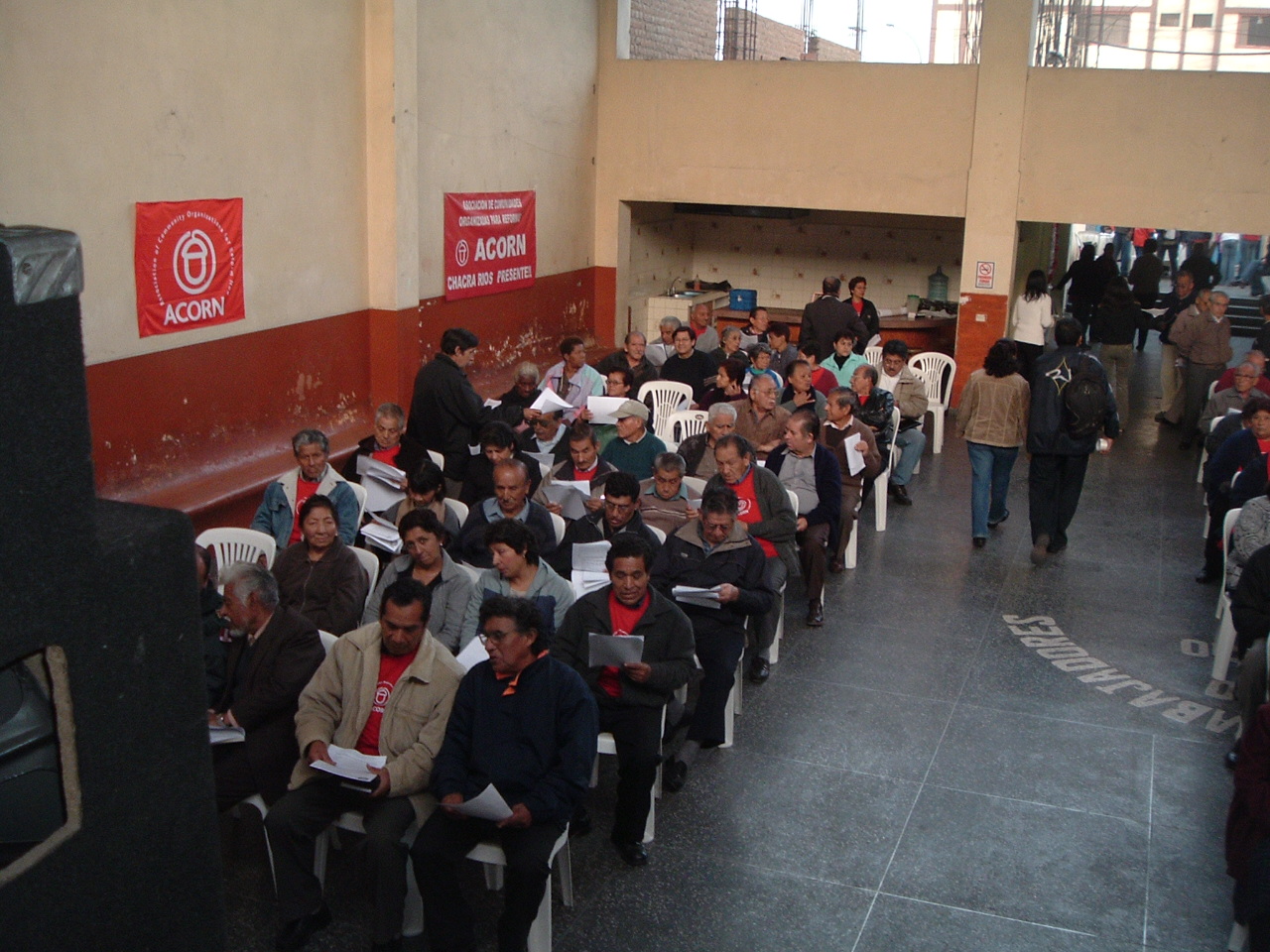 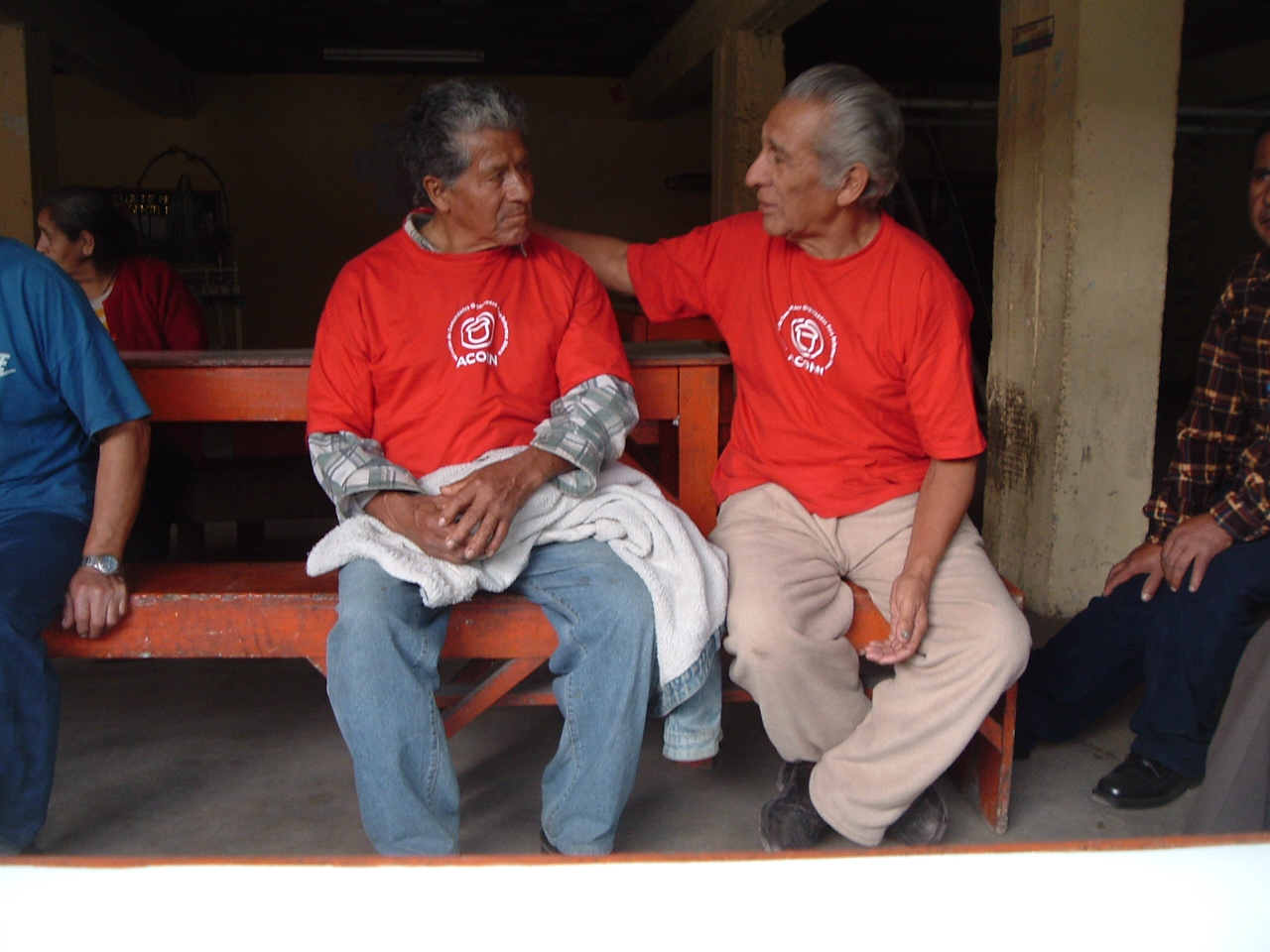 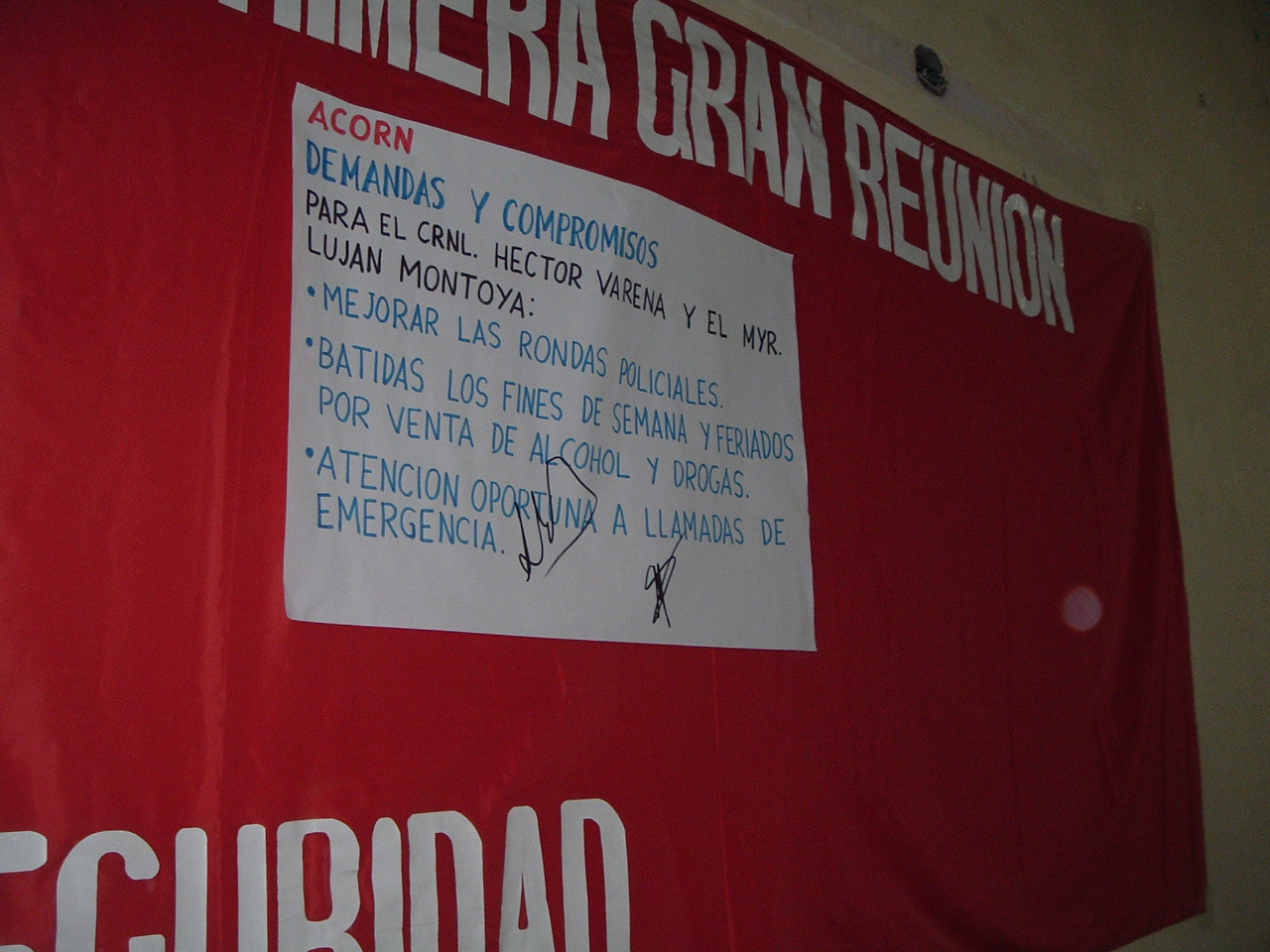