St. Petersburg:  Over recent months WARN assembled a community alliance that consisted of ACORN groups, civic associations, the Sierra Club, the local labor council, and a bunch of others to speak clearly to the city fathers of St. Petersburg, Florida, on the question of exactly why did Wal-Mart need to build a store on Gandy Road on an open track including wetlands.  There was nothing particularly scenic about the site:  a dog track was on one corner, a biker bar on another, a triple X girlie bar on another and the site abutting an upscale development was where their dreams of a new Supercenter rested.  The biggest problem is that it still did not make sense.  Wal-Mart will build, and they will come, but why there?

Wal-Mart builds a lot of stores around the United States every year.  Some estimates calculate that about ten percent (10%) of their applications are turned down annually, which still means that pilings are driven and ribbons cut on 300 to 350 new Wal-Mart locations every year.

In St. Pete several public actions, some experts, the building anger in the community that WARN was stirring, and an endless parade of speakers and witnesses before the planning officials ended up chalking a vote of 5-2 against building the store on Gandy Road.  This is the opening round in a long fight in Central Florida about the kind of community people want to have, where and how different levels of economic development will fit in that vision, and how all of these forces will find a way to fit together.

WARN starts on the good foot, so we will have to follow the path from here, because the journey will be long and hard. 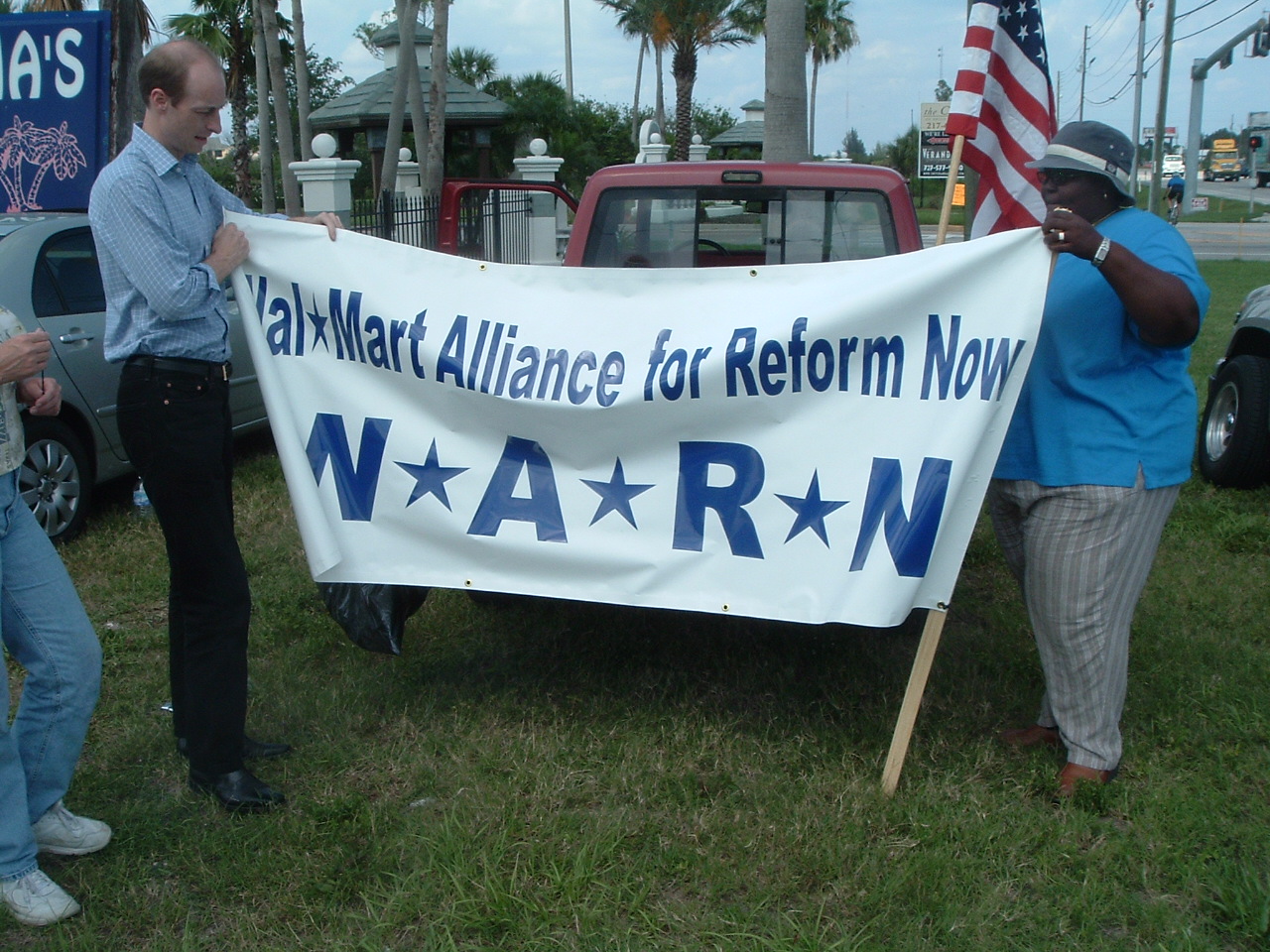 WARN
An action on Gandy Road with Sierra Club.
ACORN there.
Painters and others. 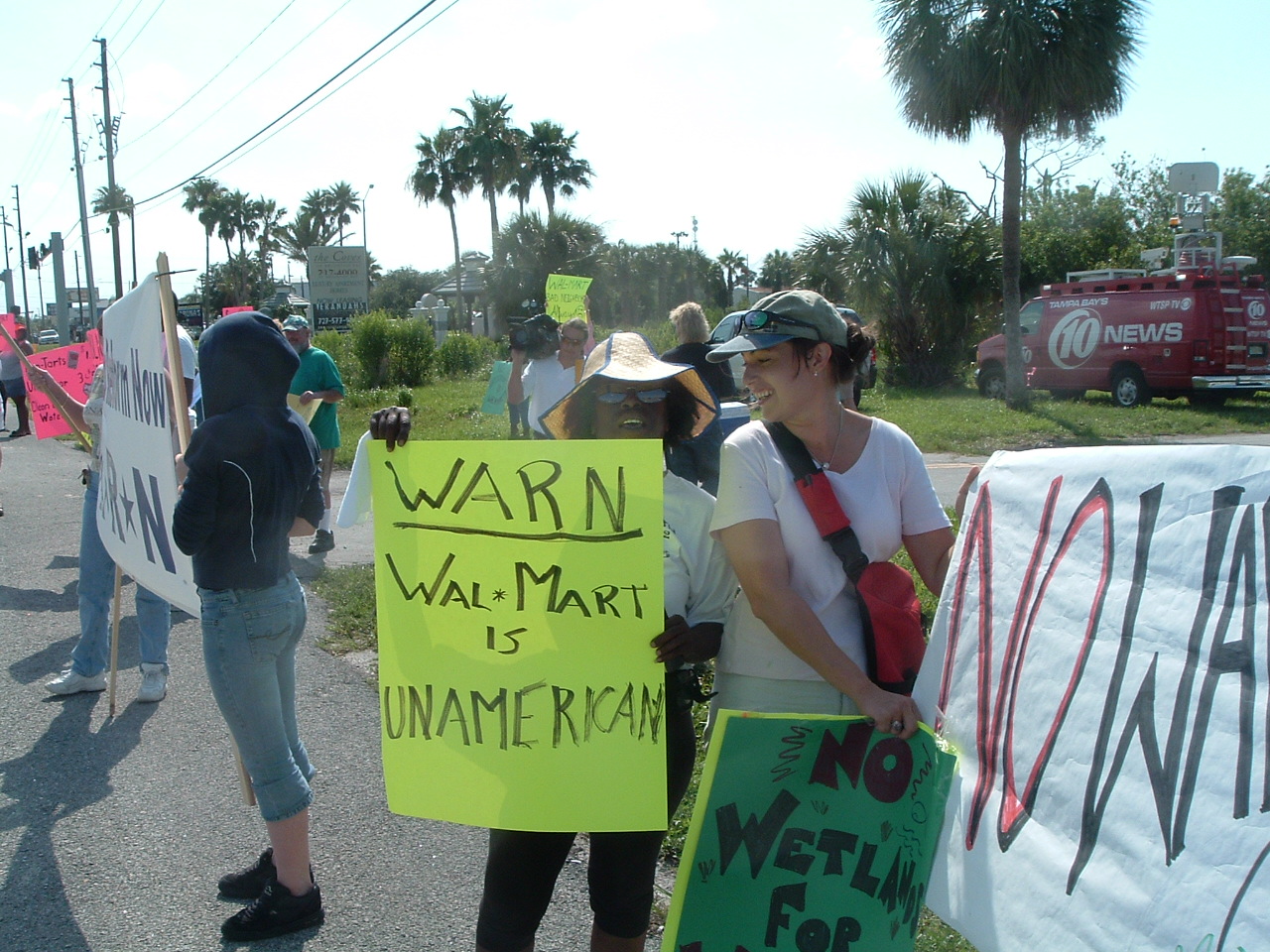 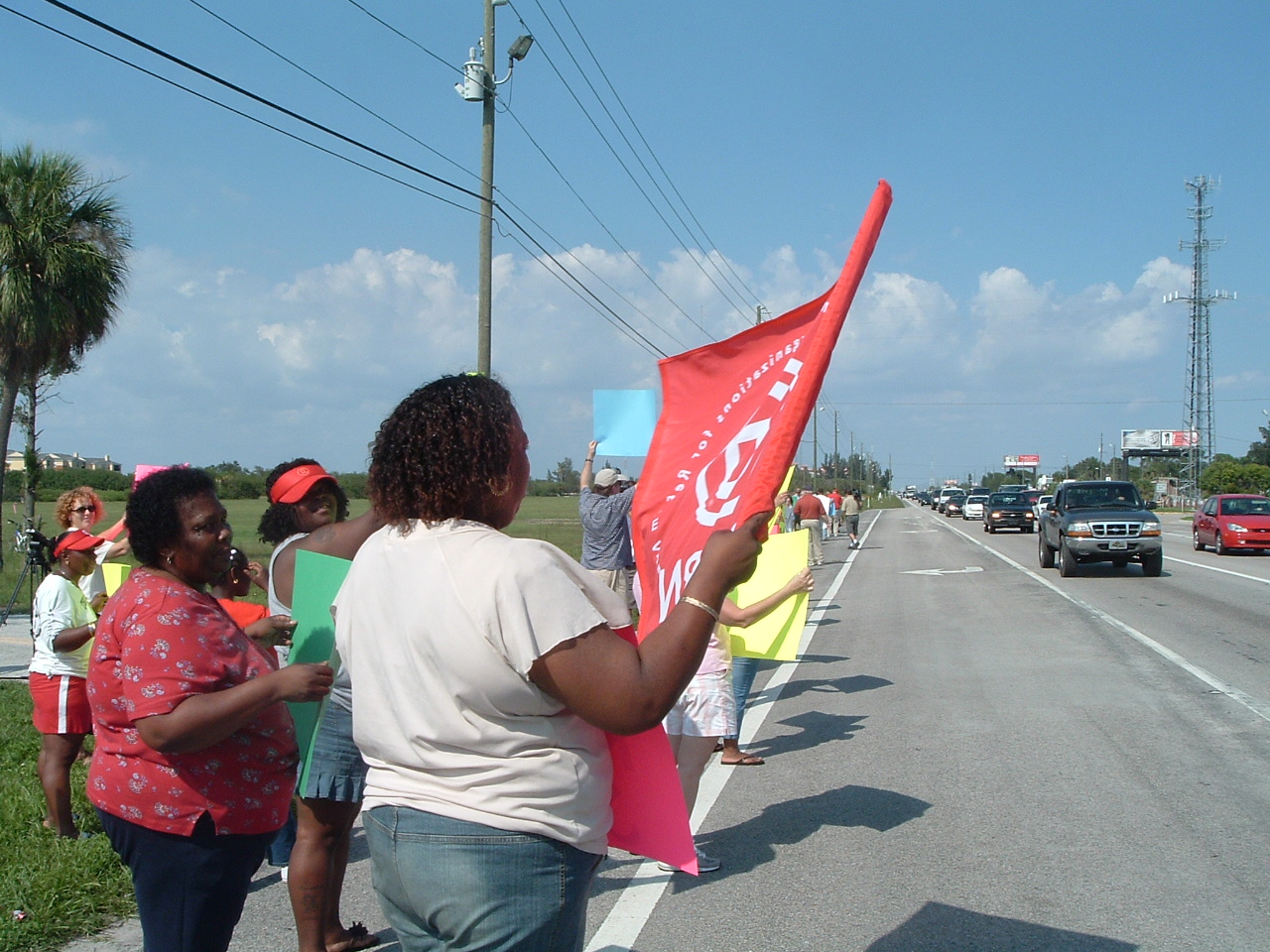 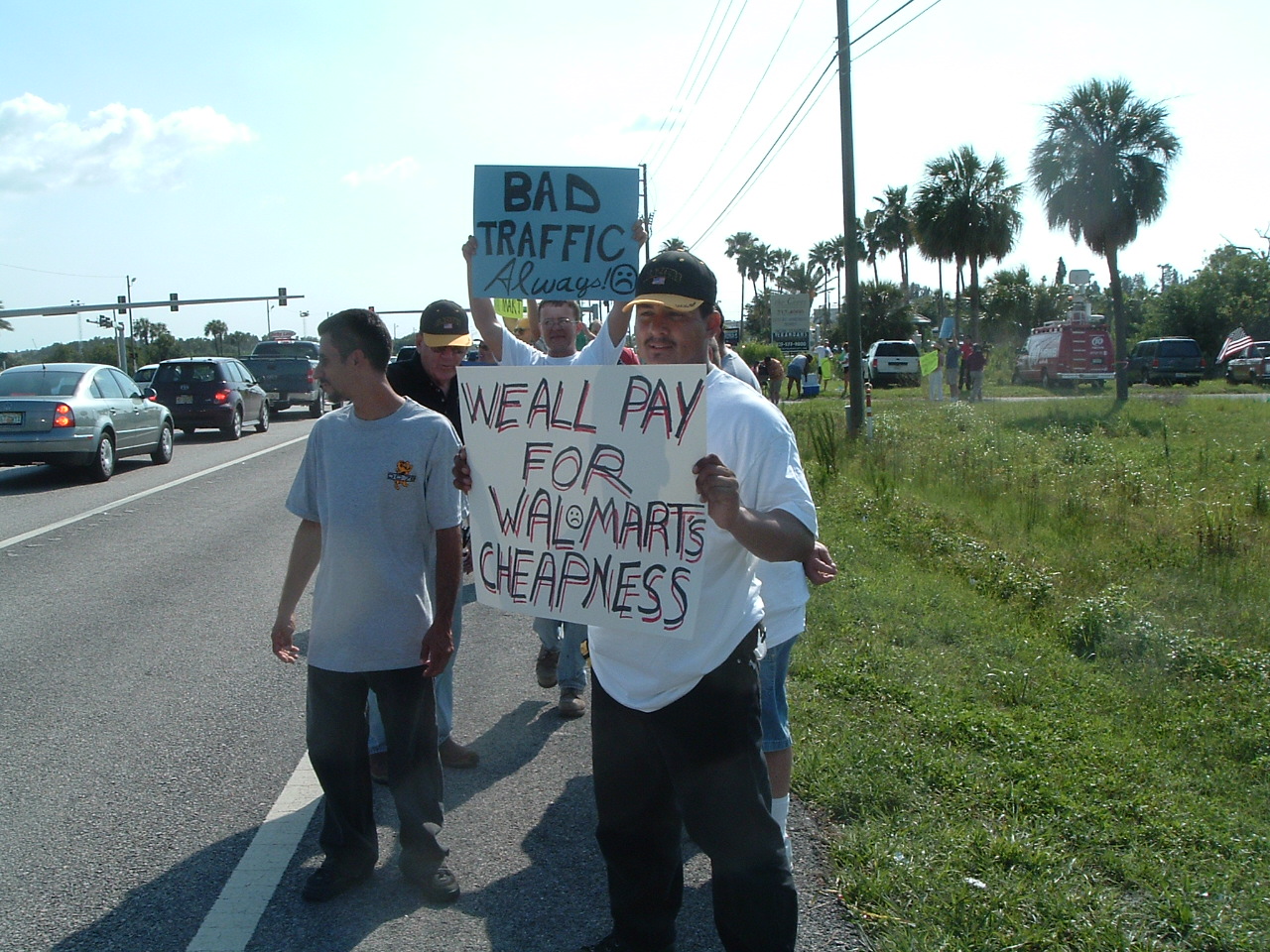