New Orleans       A press conference last Friday in Harlem marked a good milestone.  Former President Bill Clinton joined with Maude Hurd, ACORN’s President, and a dozen Katrina survivors working with ACORN in New York City, and announced the first grant of the William Jefferson Clinton Foundation would be $250,000 to ACORN.

The grant was to increase the outreach and support for the ACORN Tax and Benefit Access Centers in ten (10) cities where an extra effort needs to be made to assure that Katrina evacuees are able to get Earned Income Tax Credits (EITC) and similar benefits.  The focus cities are in New Orleans, Baton Rouge, and Lake Charles in Louisiana, Houston, San Antonio, and Dallas in Texas, Little Rock, Atlanta, Jackson, and Birmingham.

It was a good event and lots for fun.  Another one of our EITC partners, H&R Block’s CEO was there as well, so that’s also a good thing, since they are also our working with us in Dallas, one of the key cities.

Before the event, Clinton’s aide passed on the President’s pleasure in this grant and reported that he said it combined three “of my favorite projects:  EITC outreach, supporting Katrina victims, and ACORN!”

You still have to smile when you hear that a master politician continues to have all of his skills working. 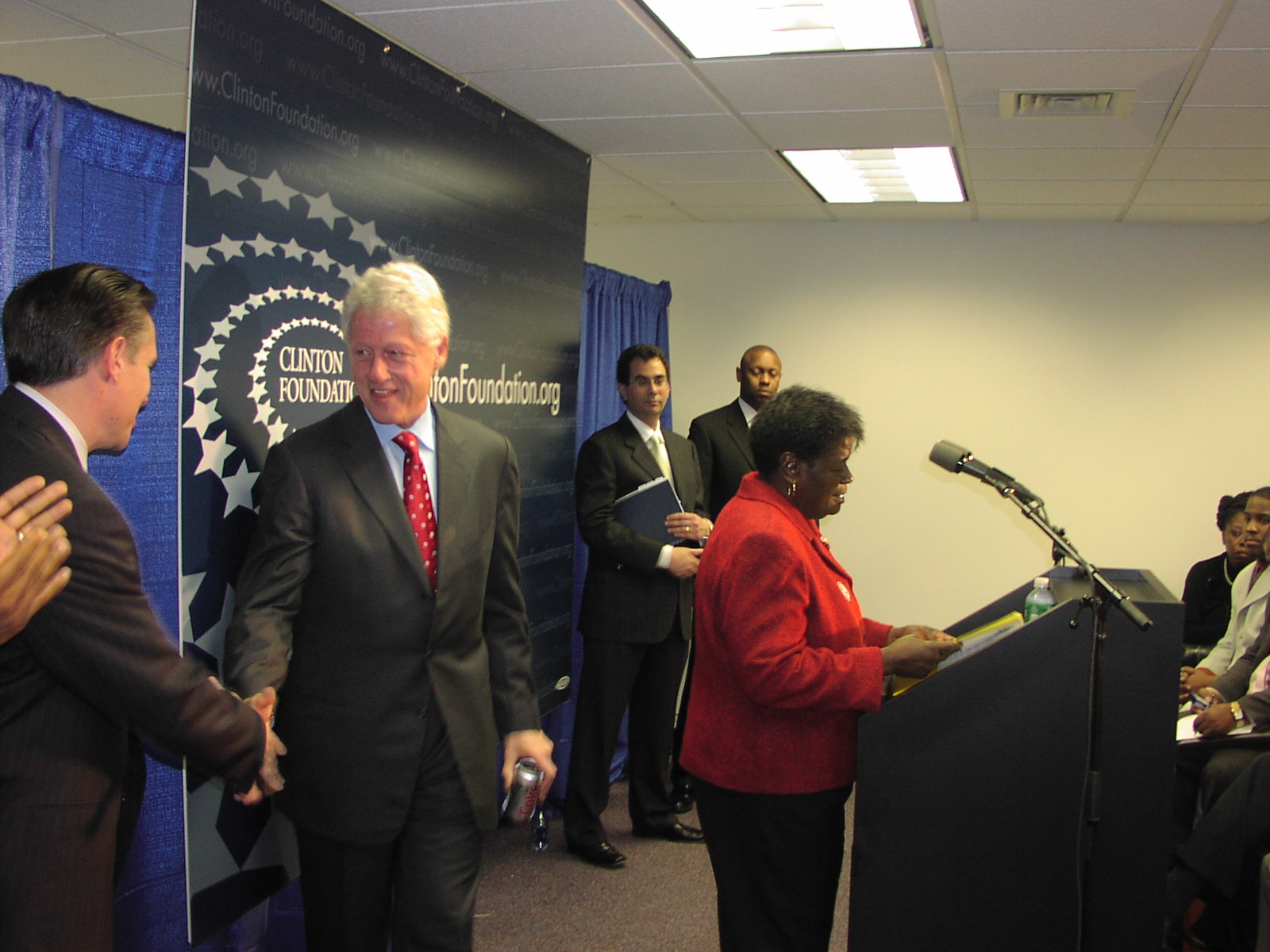 Former President Bill Clinton with Maude Hurd, ACORN’s President, speaking at a press conference to announce a $250,000 donation from the William Jefferson Clinton Foundation to ACORN 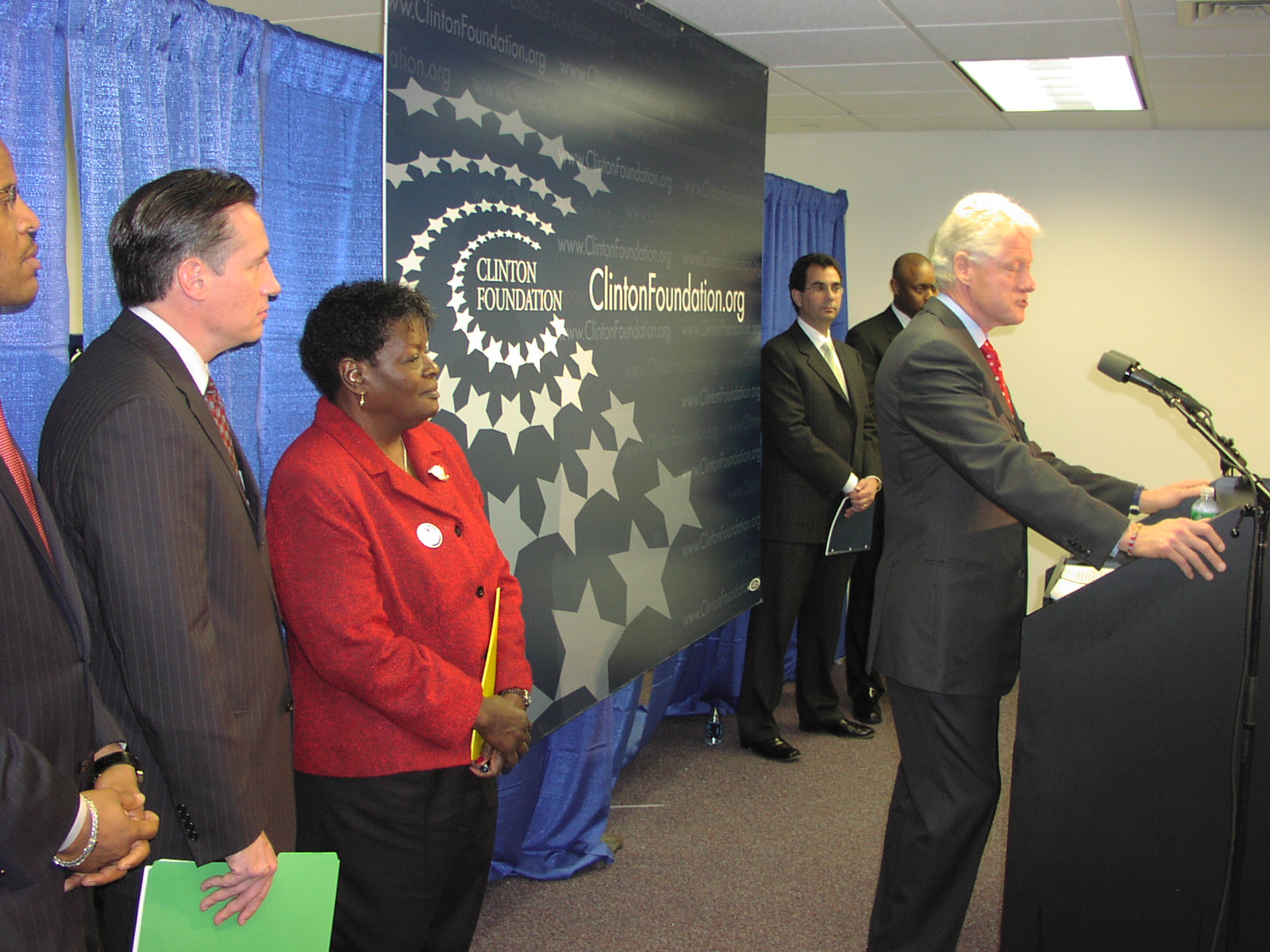 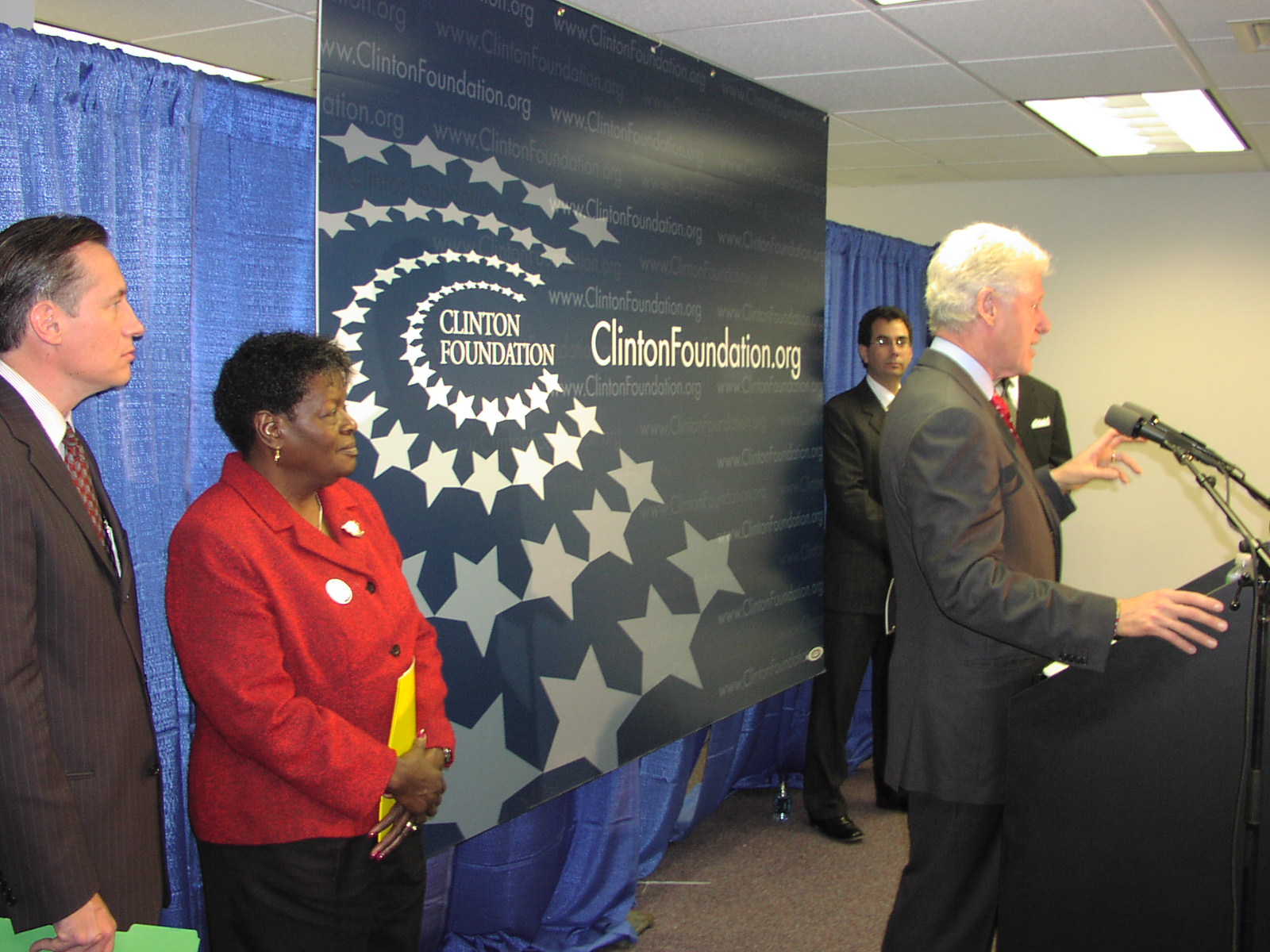 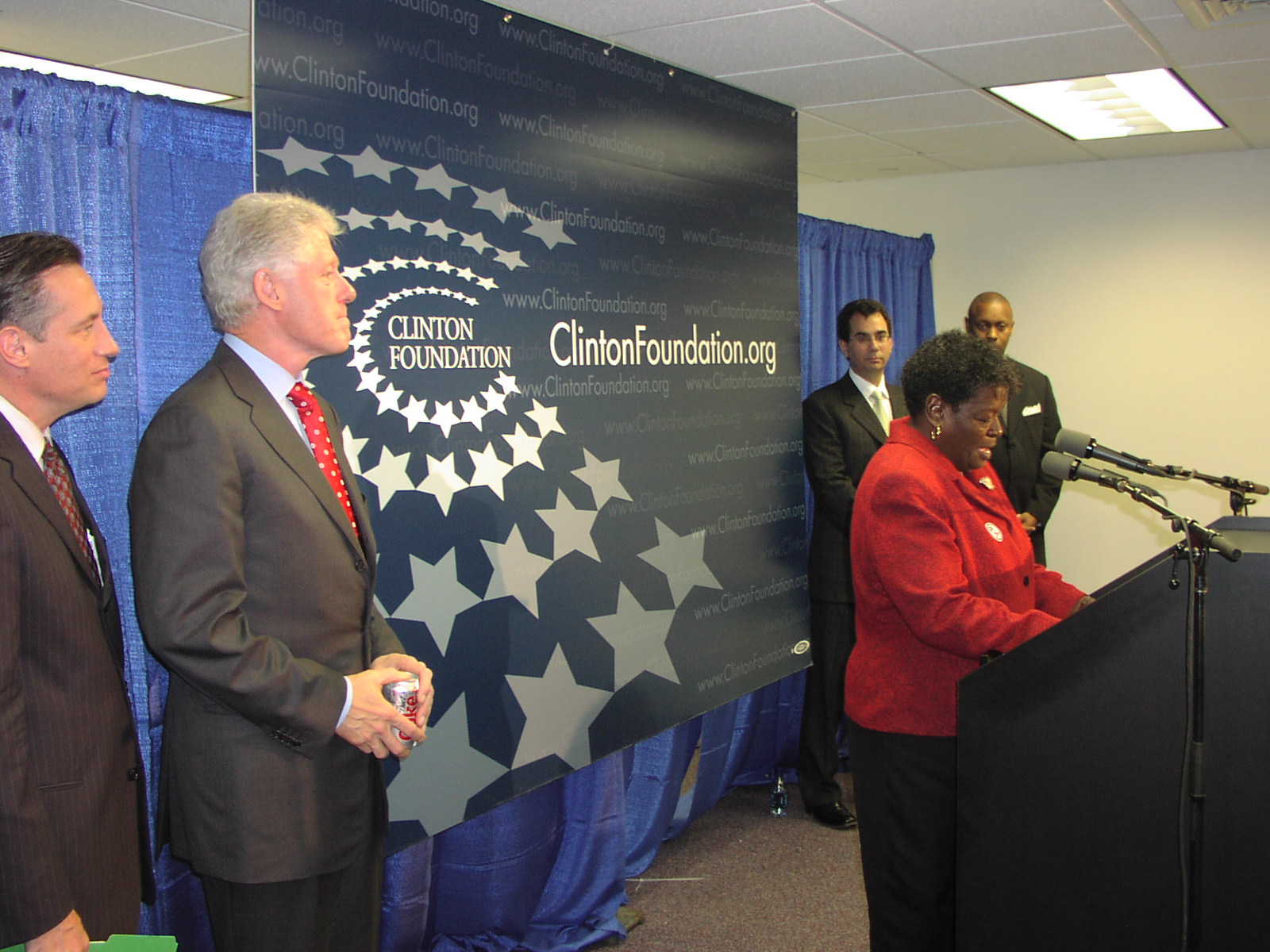 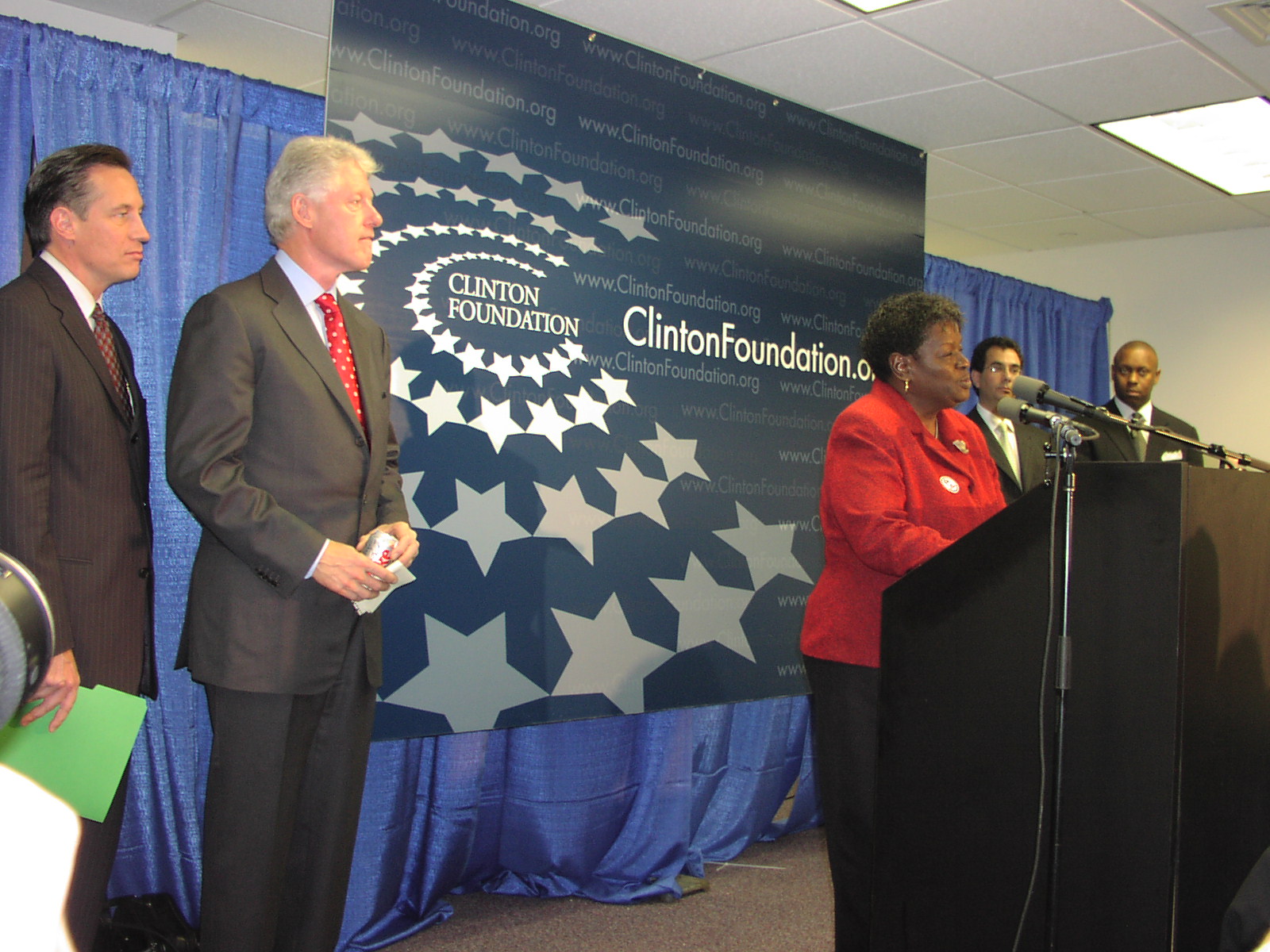