San Francisco    It took a long time for me to acquire the New Yorker habit. It was colorless, East Coast, preppie affectation by gawd, and I was having nothing to do with it.

Over time things changed. I was buying John McPhee books and loving them, and I could read his stuff there first. Steve Kest, ACORN’s national director based in New York (so of course he read the New Yorker!), would send me too many articles to ignore — maybe I was missing something? Finally, they offered an introductory subscription for $25.00 for one-year, and I was hooked from then on. In New Orleans though we no longer read magazines no matter whether or not we had subscriptions. Seven months after the storm there simply are still no magazines allowed to run in the mail service (in fact there’s hardly mail service and it doesn’t exist for many neighborhoods yet!). So, magazines and home delivery of the daily New York Times are just things one remembers about life in the city before Katrina. But, that’s another story.

Luckily, I have Liz Wolff! Liz, who is ACORN’s national research director based in Dallas, assiduously collects her New Yorker copies and once a month — like clockwork — mules them over to me or mails them as she did recently (living on the wild side!) to see if that system works. I then read them and recycle them to my brother and parents and other magazine deprived people. This is a long way of saying that I am now flying from city to city with 4 copies of the New Yorker which I can pull out and read from time to time. So in what may seem like old news to you, there was a fascinating article by Malcolm Gladwell in the February 13-20 issue more than a month ago called “Million-Dollar Murray.” Gladwell has become quite the commodity for pieces that he has written for the magazine and then pulled into best selling books like The Tipping Point and more recently, Blink.

Here’s the basic insight drawn in the manner that Gladwell has perfected from a combination of statistics and psychology: in looking at some social problems there is an uneven distribution of people garnering maximum public resources, while policy is assuming equivalent impacts for the whole population. Homelessness and out-of-whack policemen are two of the examples he cites. This contradiction to a bell curve distribution pattern created a “power-law” pattern with resources being stuck abnormally on a very small number of people.

Seems a Dennis Culhane studied homelessness and to his surprise found that a very small number (like 10%) were the hard-core homeless, while most were in and out of the system very quickly. A disproportionate amount of public resources was going to support a very limited number of people and often the money was not being targeted appropriately. Galdwell in the article tells the story of a guy named Murray in Reno who just couldn’t stay clean within the way the world worked, so probably cost public safety, private business, and health care institutions and the public dollars that fund them more than $100,000 per year to try to keep him off the streets.

Philip Mangano, President Bush’s executive director of the U.S. Interagency Council of Homelessness, has adopted this analysis as his modus operandi and some cities have seen results in surprising ways. Basically, they have developed programs that concentrate on providing housing (paid apartments) for hard-core homeless maintained and supervised by social workers with a 1:10 professional to client ratio. The costs of such programs is dramatically less than the cost of simply dealing with the impact on the street and within the public safety and health care safety net. The article tags the program at 1/3 to 1/2 of the high end users cost previously.

This is interesting. Gladwell also sites work with other power curve experience like rogue, violent police officers and what it would take to eliminate substantial problems by eliminating chronic abusers. Hard not to support that as well!

There seems to some controversy because these programs ameliorate the problem rather than pretending to solve it, even though a cost-benefit analysis breaks wildly in support of this kind of initiative.

I couldn’t help thinking of the similar problem in the “service model” of unions where the emphasis on the grievance-arbitration side of union maintenance also has a power curve of extraordinary expenditure of staff and resources to a very small minority of members chronically in trouble on the job, but nonetheless sucking up huge dues resources in contract maintenance. The argument on the power curve would be to let these members on the chronic side find freedom from employment outside of the contract. A lot of local union officers would be going back to the tools adopting such a strategy, so no one can pretend this would be an easy fight to reallocate resources.

Nonetheless, this is all important and interesting, because when stuff is NOT working, we eventually have to try something different, and there is definitely some work going on that is showing less cost and more promise. Right, left, or in-between, it seems like we had all better start thinking in the power law box and see what it yields. 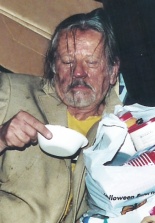