* Becky Bond, our friend at Working Assets Long Distance, and also the long distance telephone supplier for all of the ACORN family of organizations, let us know that WALD was the only telephone carrier that says “hell, no!” to the Bush Administration’s invasive requests for access to our telephone records.  Here is Becky in her own words:

I wanted to reach out to everyone I work with about today’s revelations re: the Bush administration’s far reaching spying program on Americans.
You may have read today’s USA Today article on the collusion of Telco giants AT&T, Verizon and Bell South with the NSA’s massive illegal database of phone records.

I wanted to let you know that Working Assets is the only telephone company that’s part of the ACLU’s lawsuit on against the NSA:
http://www.aclu.org/safefree/nsaspying/25536prs20060511.html

We oppose warrantless monitoring of phone calls. It has long been our policy to refuse any request for illegal access to our customer data or the content of their conversations.

We support Feingold’s resolution to censure Bush in connection with illegal wiretapping. We oppose the nomination of Michael Hayden, architect of the illegal wiretapping program at the NSA, to lead the CIA.  In the coming weeks there will be a coordinated response from Working Assets. If you are currently a customer, thank you for sending your telco dollars to Working Assets. If you are currently supporting the bad guys via your mobile phone bills — AT&T, Cingular, Verizon — now is a good time to switch: www.workingassetswireless.com.

If you would like to work with Working Assets to fight this, don’t hesitate to call me directly.

* Caitlin Corrigan is the glue that holds together Social Policy (www.socialpolicy.org) the quarterly journal for organizers and people thinking about progressive work and policy.  She pulled my sleeve today to remind me to let people know that people can now read the Wal-Mart archived articles for free, and check out the reports from the ACORN Community Forum, among others, included in the new Katrina rebuilding feature.

* And, lastly for joggers in south Florida, re-think this running at night too close to canals idea that you thought was so good.  Go ahead and wake up early like the rest of us!  Just a little sharing….

MIAMI (Reuters) – An alligator grabbed and killed a Florida woman who disappeared while jogging near a canal, a medical examiner determined on Thursday.

Construction workers found the woman’s dismembered body floating on Wednesday in a canal in Sunrise, a northwest suburb of Fort Lauderdale. An autopsy showed she died of bleeding and shock from alligator bites.
“The alligator attacked her and basically amputated her arms, bit her on the leg and back and pulled her into the water,” said Dr. Joshua Perper, the Broward County medical examiner, who performed the autopsy. “She died extremely fast. By the time she was pulled into the water, she was already dead.”

Perper said the woman, 28-year-old Yovy Suarez Jimenez, had been very close to the canal’s edge when the alligator bit her, because her body showed no signs of having been dragged.

Relatives said the victim had gone jogging on Tuesday evening along a bicycle path near the canal. Wildlife officers said no one saw the attack.
“The way it happened, we just don’t know,” said Dani Moschella, a spokeswoman for the Florida Fish & Wildlife Conservation Commission,
Wildlife officers and commercial trappers were still trying to find the alligator, which was estimated to be 8 to 10 feet long, based on the woman’s injuries. If captured, it will be killed, they said.

Alligator attacks are relatively rare. Suarez Jimenez’s death was the 18th fatal attack in Florida since the state began keeping records in the 1940s, Moschella said. 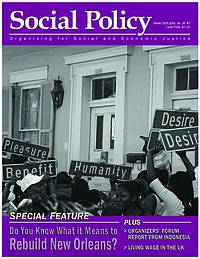