New Orleans     In April we responded to a question from a non-profit in Washington, D.C. that was doing training under various contracts with the United States Agency for International Development (US-AID).  They honestly and truly seemed to want someone from our very active and mass based tradition to join them in providing training to a bunch of non-profits in Tajikistan.  And, yes one really does have to pick up a world atlas to see exactly how close Tajikistan is to Afghanistan and reason on whether or not this is a safe journey for one of the ACORN staff, and wonder how they managed to hold all of this together in the Union of Socialist Soviet Republics anyway?

I recruited Matthew Henderson, one of ACORN’s senior organizers, and head organizer of New Mexico ACORN, to take this journey.  Turns out you fly through Moscow, change planes, and then head south, which made it slightly less scary than I had worried it might be.  Matthew filed the following very perceptive, candid, and, frankly, challenging dispatch (which I have edited to prevent embarrassment to him and others).

A great time was had in Tajikistan!  Here are my thoughts:

This could work for us.  I met about 60 NGO reps and taught a class of 11 over two days.  It is definitely a great way to meet potential affiliates.  Any of these groups would affiliate in a second, and some of them are doing good work.  Most of them have been reinventing the wheel, following no organizing model whatsoever.  They are just doing what makes sense to them.  So we have a lot to offer, and I think we expanded their thinking somewhat.

Tajikistan is the poorest of the former republics, which is saying something, and is the least accessible except for Mongolia, perhaps.  So these NGOs are hungry: for support, for money, for anything.  I didn’t see any Wal-Marts under construction, but you never know.

The conference organizers were good to work with.  They have good politics, and I think they appreciated us as a creature quite different from the organizations that provided the other trainers at the conference.  My peers were from Vital Voices in D.C. and a Lithuanian NGO.  They were professional trainers, who make presentations on theories and models for advocacy.  The Tajiks loved them, but we were unique, I think, in this world of international training in that the instructor (me) was someone who is involved in organizing and campaigns everyday and was drawing lessons from recent experiences.  So the conference organizers liked our ability to point to practical experience and also push beyond the staid PowerPoint boundaries, talking about dues-paying membership, etc.

USAID was hands off.  Clearly, they are a nightmare for NGOs to work with because of their bureaucratic nature and the fact that the Bush Administration will change priorities at a moment’s notice and yank the rug out from under a project.  Nevertheless, though senior USAID people popped in every once in a while, they were clearly not influencing content or asking us to make a pitch for Coca-Cola or anything.  Having been kicked out of Uzbekistan, the conference organizers made a polite request not to use phrases like “the opposition” and to not focus on direct action or talk about civil disobedience out of fear of freaking out the Tajik government reps that were invited to attend the conference and getting the organizers and USAID kicked out of the country.

It’s a different world out there.  As I’m sure you’ve realized from your travels, expanding into Spanish-speaking countries is one thing.  Our lack of Hindi, Russian, and Japanese-speaking staff is a problem. Only a small percentage of the NGOs spoke English, and the central-Asian, post-Soviet culture provides a whole other set of obstacles.  People are way too respectful and trusting of authority.  Critical thinking is a struggle.  Political culture is in its infancy.  It makes the work fun and fascinating, and it does present opportunities in addition to challenges.  There was a lot of talk about youth organizing, for example, and many of my students were from villages, so I asked if Tajikistan has any sort of organization for young farmers.  There are none!  They were all blown away by the idea of starting up a Future Farmers of Tajikistan Club!

It would be interesting to investigate how the conference organizers or USAID would feel about a contract to work intensively with one or two NGOs.  I was surprised to find out that the project in Tajikistan is broad but not deep.  USAID’s money has helped a lot of organizations in Tajikistan, but they have about as much contact with their grantees as one of our funders has with ACORN!  They have restrictions, as a foreign organization, on how much they can meddle in Tajik affairs.  Some of this lack of deep support is justified with “sustainability” arguments:  NGOs need to figure out stuff for themselves rather than become dependant on their funders.  Nevertheless, no one had spoken to any of my students about seeking funding from private, foreign foundations, for example.  None of my students had thought to Google foundations in their work areas, let alone figure out a way to translate RFPs and proposals into English.

I think the conference organizers, though, recognize the need for greater technical support.  They were delighted to have me butt my head against the wall, trying to get my students to talk concretely about detailed action plans, goals, etc., so they know how great the need is to develop these NGOs’ thinking and that it would surely take more than a conference or two to get them there.  What I don’t know is whether facilitating a close relationship between ACORN and one or two of the NGOs would be too radical to USAID.  I believe that funding a new program takes a lot of advance planning.  The conference organizers are not funded in Tajikistan past June, for example, and USAID has told them that they won’t have their new priorities figured out until October.  But who knows?  As long as ACORN doesn’t push condoms or abortion, USAID may just feel that we are exactly what other countries need!

Some days I despair.  I get a lot of emails for example, hundreds of them every day.  Many emails seem to specialize in the mundane or push for mediation of matters that do not even rise to the level of disputes, but more often simply require someone — and it turns out that I’m paid to do this — to say “no” to unreasonable requests for prerequisites that few expected anyway or the avoidance of face-to-face discussion and contact, if I were willing to allow or license it.  Then there are emails like this one, which sit there in the in-box for months demanding frequent returns and re-reading and calling for plans and proposals and an engagement in the world that would be both practical and profound.

Makes it all worthwhile — and forces me to find an answer and a path, no matter how hard.

In the meantime we take the easy way, sending another soldier out to the plains so that we can see if there is a similar dispatch echoing the one sent by our first scout.  Neil Sealy, another senior organizer for ACORN and head organizer of Arkansas ACORN, goes next week on a similar mission behind friendly lines to train NGO’s in Moscow.

We await his report from that front. 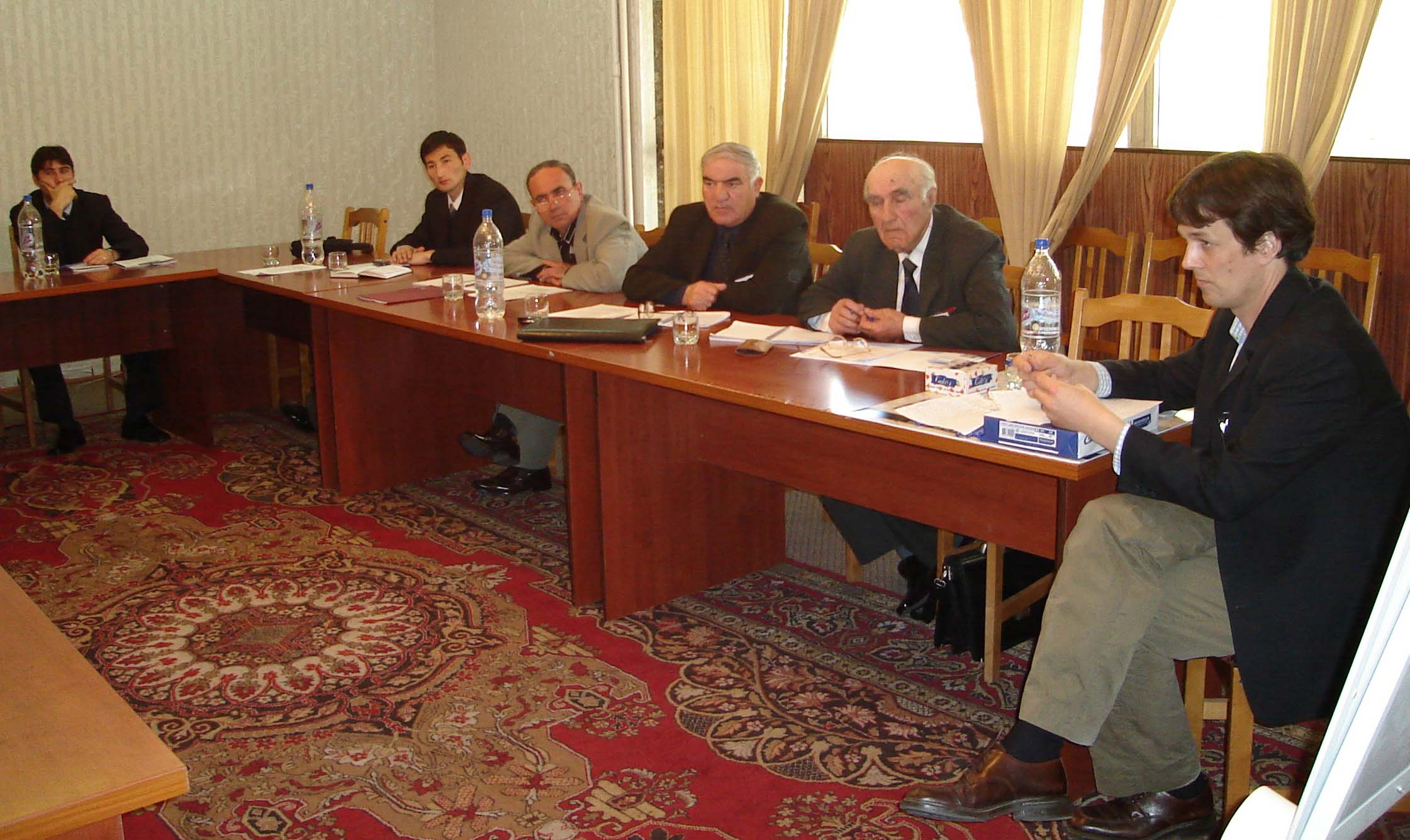