July 9, 2006 Columbus–Campus officials were not used to seeing 2500 moved into an auditorium within a half-hour, starting on time, and finishing early, but when the ACORN Convention comes to town, we are serious about business! No one can really describe the experience of the states coming in chanting with noisemakers, drums, whistles, and anything else that gets the members going.

Two Johns were on the program today and both caught the fever.

John Sweeney ended the morning with the pledge of the AFL-CIO to its partnership with ACORN. At one point he spoke of ACORN and the AFL-CIO being among the only “…two truly national organizations” dedicated to improving the condition of working families. He said it, and he meant it!

John Edwards, US Senator from North Carolina and VP nominee in 04 on the Democratic side, also caught the feeling and the love. He spoke of his partnership with ACORN in raising the minimum wages in Ohio, Arizona, and other states and the work we are doing together to stop predatory lending. Edwards talked of it being time to say no more to poverty, to the scandal of Katrina, and to the shuffle step of too many in the face of great challenges and inequities.

An ACORN crowd in full uniform and flower challenges guests to take a step up and reach out. Where else could a speaker like State Senator C. J. Prentiss find a standing ovation for the recognition of the need to struggle? Where else would a Congressman like Sharrod Brown be able to thank 2500 people for being activists and organizers for social change?

ACORN came to Columbus. It’s not sure Columbus will soon be the same!

(Follow the convention as it happens on the blog, webcast, and message board at www.acorn.org.) 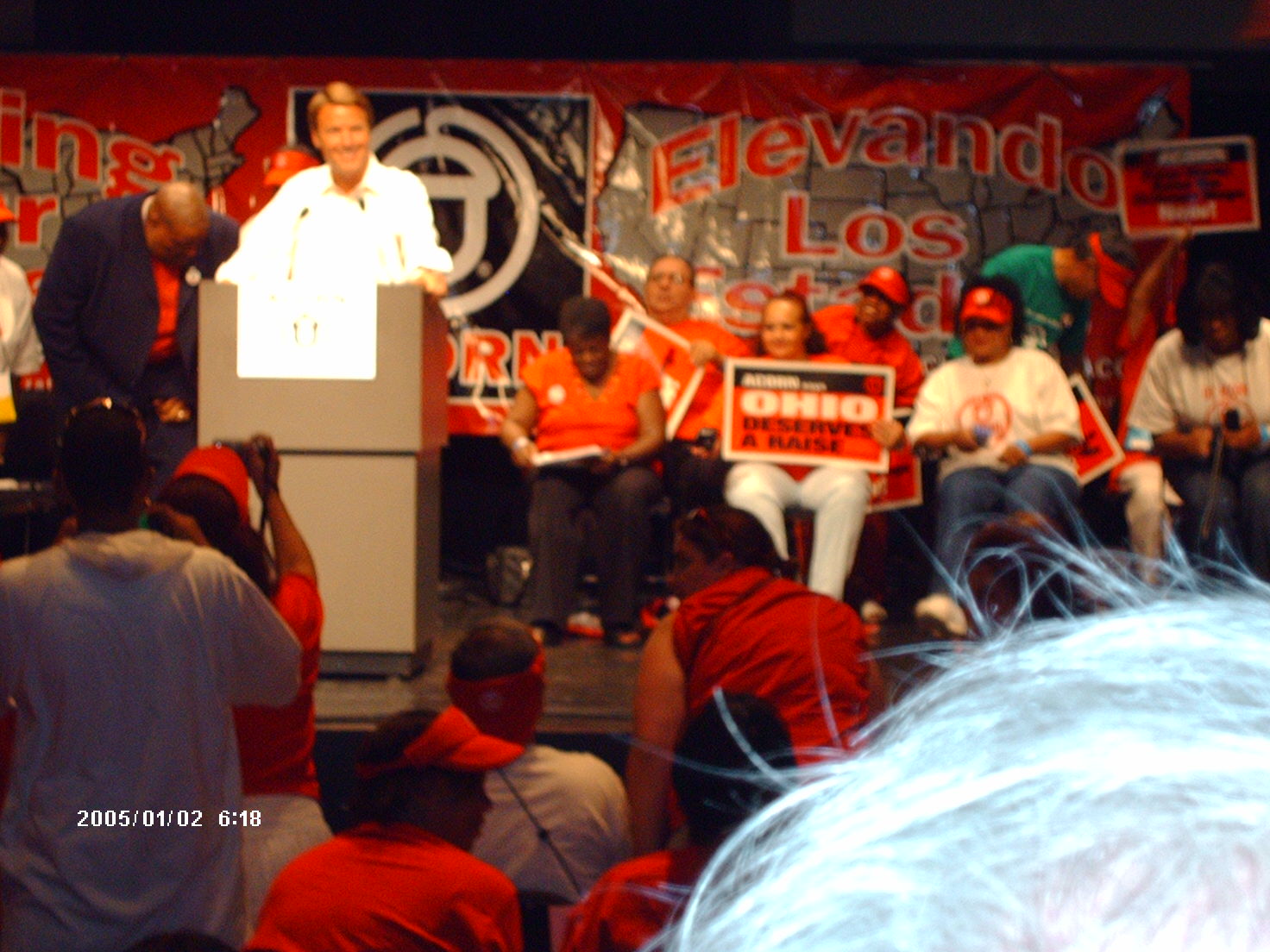 Members cheer Edwards as he calls for a higher minimum wage. After his speech, Edwrds stayed for a press conference, flanked by ACORN leaders, and then made time for an exclusive interview with KNON.