Incheon City, South Korea  You get on the #1 subway at stop #131 near the YMCA (where I was staying) and stay on the #1 line for way more than an hour until near the end of the line you are in the heart of Inchon City. This is not Seoul, but it’s no small town either, but a working, bustling place with 2,500,000 people. Na Hyowoo wanted me to meet with a group of organizers with the Unemployed Relief Civil Movement. In a small room at the mezzanine level of the sports stadium where they had their offices more than 35 people crammed in to talk about what ACORN meant by a “community union” and how we were involved in organizing both in the community and the workplace.

The Unemployed Relief had originally formed in response to the 1997 economic crisis in Korea which created huge unemployment, throwing more than 10% of the population of Inchon City out of work. Yang Jae Duk had spearheaded the effort from organizing to putting together food donations and other supplemental support.

The session was interesting partially because we were all talking of their interest in talking about the notions behind a “community union” and how ACORN saw that experience. It was also novel to be talking about organizing workers without anyone raising the question of the unions. The labor movement in South Korea, like so many other industrialized countries, is losing membership rapidly. The density percentages seem to have dropped from over 18% in the mid-80’s to less than 10% now.

At the end the session during the question and answer period I started getting lots of questions about organizing janitors. I asked the group of largely women who was involved in this type of organizing, and one-third of the hands went up! There was a lot of interest in global organizing strategies around property services, but more to the point clearly organized labor was not organizing janitors and women worker associations had taken the job as their own.

Joeng Moon Ja, the chair person of the Incheon Women Worker’s Association, was one of the 70 groups that made up the council of the Unemployed Relief organization and visiting with her and some of her organizing sisters later was a moving experience. Some had been involved in the very first struggles to organize women workers on the shop floor in the middle and late sixties, and continued to organize and move workers on the questions of women to this point.

The idea that one could assemble this many organizers who lived and breathed the problems of organizing in the informal sector gave me great hope about the opportunity for change and innovation in South Korea. 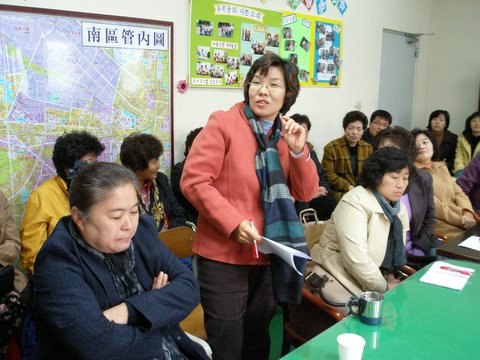 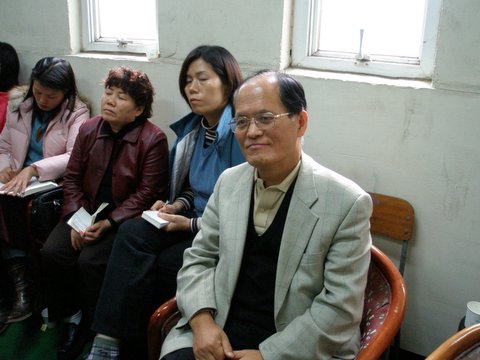 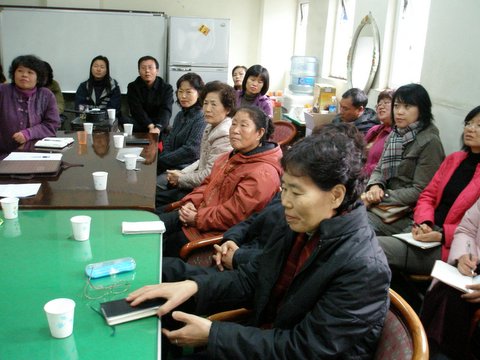