Seoul, South Korea  Na Hyowoo knew I would be interested in meeting some union organizers and representatives in order to get a better sense of the work here, so we went to the outskirts of downtown Seoul to meet with the Korean Federation of Private Service Workers’ Unions and their president, Kim, Hyung-Keun. I was feeling under the weather, having picked up a bug the previous afternoon on the edge of the DMZ, which means I was pale as a ghost and had not been able to keep anything down for more than 5 minutes, so it was taking a little while for the conversation to get some traction.

It seemed that Brother Kim represented hotel workers mainly, but a bunch of other workers as well in the private, service sector. He represented many of the global hotel chains and had organized most of them in a six-year spurt starting in 2000. The membership of his union had grown from 6000 to 16000 in that period, even while overall union density was falling. He represented security workers, but not janitors in the some buildings.

I asked him about the anti-Wal-Mart t-shirt he had pinned to his divider, and then after a number of additional questions, it turned out that Brother Kim in fact had been the original organizer of Wal-Mart stores in South Korea! Well, not exactly, as it developed. Brother Kim had been organizing the predecessor grocery operation and was successful at doing so. Then Wal-Mart had bought the operation, and accepted the union as part of the successorship. After about 8 months though, Wal-Mart began refusing to recognize or deal with the union. Wal-Mart sold out, but not because of the union. The next owner was part of the Samsung conglomerate in Korea. Samsung is notoriously anti-union in Korea, so Brother Kim, an organizer all the way, kept repeating the story of the day that he and his team signed up 700 workers on one day in the chain! Take a look at this guy — he is one of the few in the world, who can say, he represented workers at Wal-Mart!

Na had an interesting surprise for me the day before that I’m still trying to fully put together. It turns out when Na was training briefly with us in Oakland; in a fit of liberalism we gave him a copy of the ACORN Organizing Model. He later put it on a website, but that’s a problem for another day. More interestingly, he got 4 organizers to try to put the model into practice around Incheon City. Over a 3-4 month area they organized 4 groups using our model and doorknocking. They didn’t collect dues, and had some problems, but managed to have monthly meetings in each area of between 20 and 40 people per meeting. They weren’t sure what to do next. Interesting question, since I had not realized they were doing this at all!

Of the 4 organizers, 3 made it through the drives. A picture of one of the stalwarts, Soo Min Kim, is included. I have not figured out what to do with this exactly, but it’s one of these situations where ACORN is now in South Korea, just not in name only. 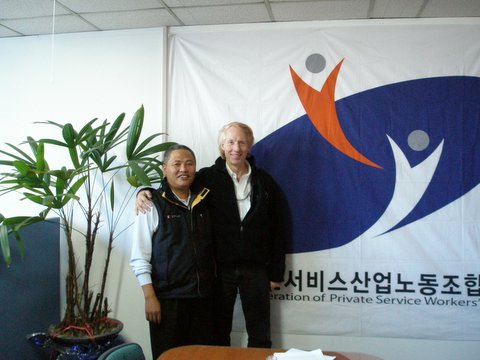 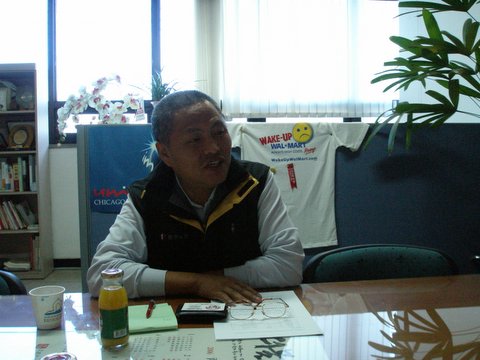 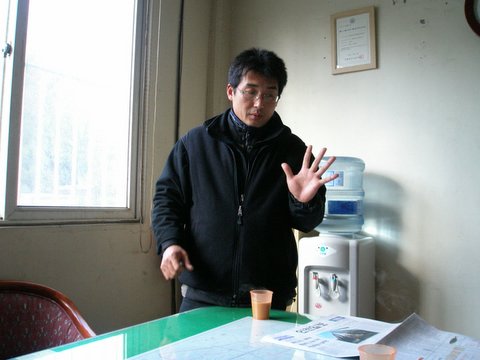