Shanghai    They know they have problems here, and they are trying to get their arms wrapped around some of them. The Chinese envision Shanghai as the 21st Century New York and want to magnetize commerce here. The skyscrapers sprouting through the concrete and old town like weeds is part of that along with accommodating the surge of population.

As organizers, we had wanted to come to Shanghai to get a sense of the pressure of large scale development on communities. Walking into the Shanghai Urban Planning Exhibition Hall, a 6-storey building across People’s Square from the world renowned Shanghai Museum, we knew we had found the mothership.

Walking in there is a scale model of the development of the city along the River for miles and miles, but we were unprepared for the next floor which had a scale model of virtually the entire city occupying the center of the entire floor with catwalks around so that you could climb up and look for your neighborhood and what was developing there in the long-term plan. Many of the locals, who had paid admission, were doing exactly that — pointing to where they lived and seeing what the planners saw for their future. This was somewhat amazing.

Other floors looked at programs dealing with real estate, pollution, industry, port development, and other features of the future. There was a section on historic preservation so some flowers were thrown to the past as well. There was a virtual room that let you feel as if you were touring the city as it was being built.

Here was a planner’s dream. There was no noticeable concern about citizen or community input. Pretense was stripped to the plan. This was state planning with a vengeance and a purpose, and they are proud of it. One poster noted that in the last 20 years they had pulled down almost 43,000,000 square meters of dilapidated housing in the old parts of the city and relocated 900,000 people into new housing. 120,000 received larger houses and 13,000 now live in public rental housing.

You get the feeling that you need to be here on a regular basis to keep up. This is a city in transformation driven by a fast moving engine of money and ambition.

You reach the 6th floor and drop into the Focus Cafè and plop down in a chair somewhere between WOW and Oh, My God! 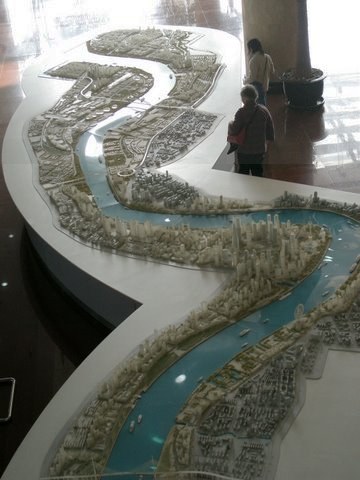 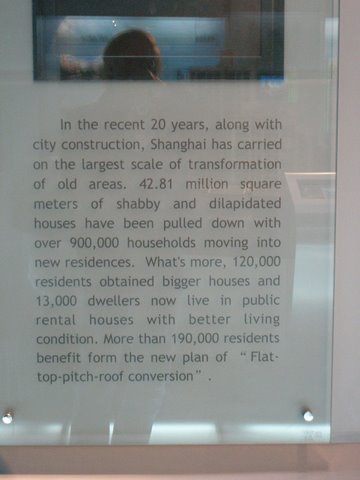 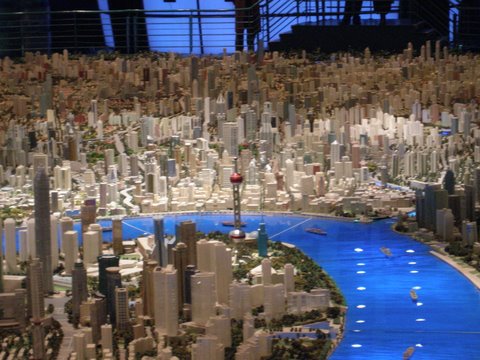 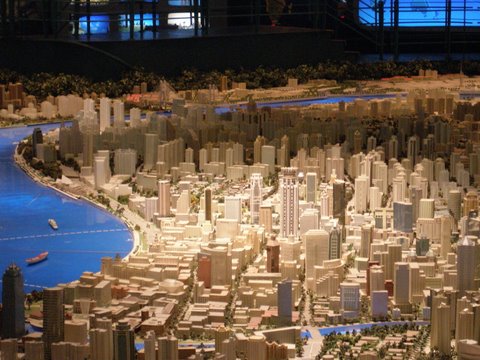 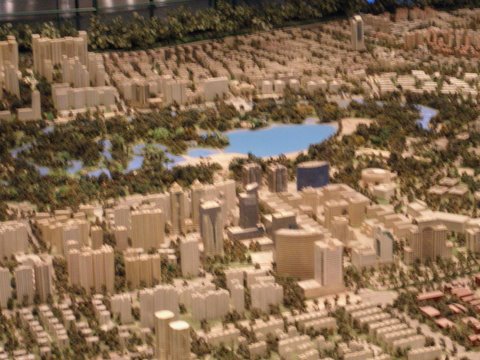