Stockholm         Marcus Carson, a former ACORN and Local 100 staffer, has been living in Sweden with his family the last 10 years. He claimed to me last night that Stockholm was a beautiful city. On that, as on so many other things, I’ll have to take his word, because all I know are the cobbled sidewalks with a Nicole Google Map in front of my face or the long escalator down to the modern subway at the Central Station. My room is smaller than the famous Amsterdam “closet” and would be more like a ship’s berth, except for the fact that we are over the train tracks and next door to the bus station and damn lucky to get this sleeping nook in this wildly expensive city. But, enough about me!

Some of these meetings are rough, rough, rough! In one I was given a lecture by a charming person based on her understanding of Amercia from what she had gathered by reading Putnam’s Bowling Alone. My polite rejoinder, when I could see I was making little headway on Putnam, was to mention how ludicrous it would be for me to give my impression of Sweden after less than one day of being here, but it quickly became apparent that irony was lost in translation along with much else. I did no better in trying to indicate to my friends in the Swedish Labor Federation that that collective bargaining was not a goal in itself, but an outcome to building strong workers’ associations and unions, and the fact that that had to be done among informal workers. Marcus later schooled me that in Sweden saying so I might as well have spit on the floor of the union hall, since collective bargaining and negotiations are held higher than any other principle. My re-education in Europe continues to be a project, but at least I have not yet derailed any trains this trip!

On the upside, my first meeting with officials at the Olof Palme International Center was great! The Center was created in his memory only a short distance from where Palme was assassinated, so the security throughout the building was exacting and intense. The Center works closely with labor and most closely with the Social Democrat Party which until recently had been in uninterrupted power for decades. Part of their job seems to be to worry about the world and Sweden in the future, so they got ACORN at every level, and we had an especially productive dialogue about social movement unionism and where we might be able to work with their people in the Philippines and how we might bring some of their people to the United States. For all of the ass-whippings I had been taking this meeting was fun!

Anything touched by the Palme Center turned out well on this sunny and crisp day as it developed. A representative from Ericsson phones met me there and we celebrated “cinnamon roll day,” as it was called (what a country!) at a nearby coffee house and once again tried to figure out how to move communications and money to poor families using phone networks. The next meeting was with a delightful man not long back from 15 years in Latin America. He represented the Swedish Cooperatives, a large NGO, that moved to create cooperative housing and cooperative savings plans in the developing world. We were able to both agree on our confusion about micro-financing schemes that were based on debt rather than assets, and his exacting stories of sweat equity housing being build in central America, even in downtown San Salvador, as well as in Uruguay and Paraguay were fascinating.

After 12 hours of meetings I got back to my cubby mainly confused. Three meetings involved sets of the warmest and most enjoyable people I had met on this trip, and two were some of the most reserved, aloof, polite, and formal encounters I had almost ever encountered. A couple of hours with Marcus catching up on old times, children, new languages, and the mysteries of Sweden made we wish I was able to get a couple of “do overs,” and see if I could finally understand some of what my new and more distant friends might have been trying to tell a dumb, old American trying to find his way around the donor community of Sweden. But, that’s not the way it works. Today will just be more meetings with new people trying to win allies and support for the work and learn some things about the world along the way. 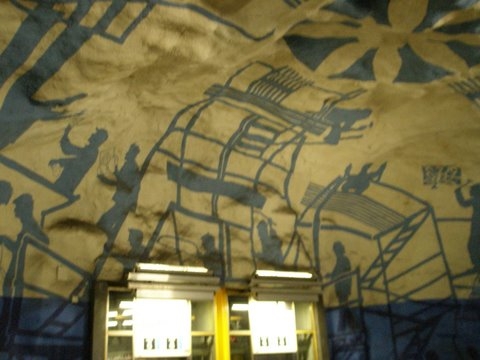 Celebrating the workers in the central subway terminal of Stockholm 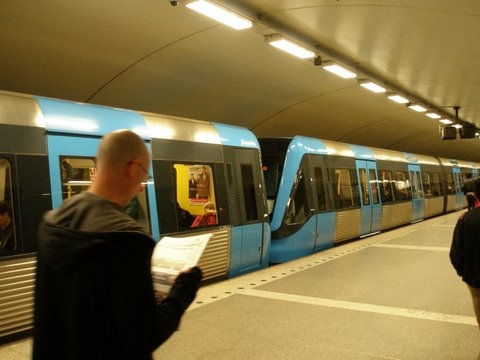 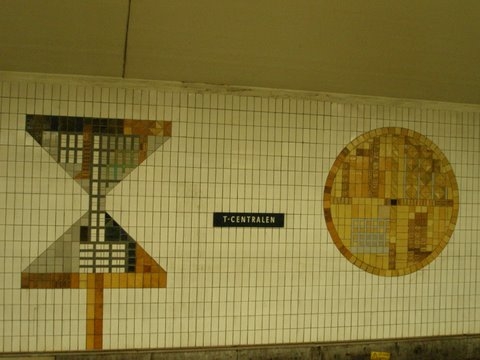