Changwon      The KTX fast train could get us to the drop off near Changwon in a little over 2 1/4 hours to prevent a 5 hour drive. To make the 9 AM train meant leaving the Y at 830 AM, and that meant skipping running in order to get up at 6 AM and do emails since I would be gone until almost midnight. Professor Jeffrey Stark, who had been our erstwhile guide, was there early having been on trains since 6:30 AM to rendezvous with us here. We strode out on a beautiful day, jumped a cab, and were at the Seoul Station by 8:45AM. The old station built by the Japanese during their 30-year colonization of Korea looked, well, it looked like the 30’s and was abandoned next door to the modern station. We had some drama though since we had no tickets and could not find the usually ubiquitous and constantly attentive Ms. Jeong, who was to meet us with the tickets and accompany to the southern part of the peninsula.

In one of those classic, who’s on first and what’s on second situations of texting, translation, and confusion, at 8:59 we thought she said she was not on the upper platform but the lower platform next to the track. We bolted down the escalator and jumped in the train as it was closing without tickets or seats, and then found that Ms. Jeong was NOT on the train….oh, no, she was in front of the train station….. Different country, but more train drama. A half-hour into the trip, she SMS’ed our seat numbers and in Korea this meant that we would have to wait with her at the other end for 40 minutes until the next train followed because you did not have to show your tickets until disembarking. Ok. But, then we got off and walked over the track, and we never asked for a ticket?!? Either the station was too small or in Korea which prides itself on how safe it is, it doesn’t occur that someone would ride the train down for free. What a country!

There were a couple of quick things that our local hosts in this province wanted us to see.

The first was a “social enterprise” center, as they called it. Here we looked at two sewing workshops where perhaps ten women were being trained as seamstresses, largely working on traditional Korean women’s costumes. The state subsidizes the hourly wage for the training run by the non-profit. The women hope to be placed after training in other sewing shops or to start their own small shops. The quality of the work looked good. It was hard to see this as a highly replicable program, but clearly they felt this was important and even though the province current unemployment rate was only 3.5% statistically, the stigma attached to unemployment made these programs highly prized by the social movements and non-profits we were meeting.

Next we were swept along to a meeting with a couple of organizers for the regional office of the KCTU who worked with irregular workers. I was hungry to know more about this, so I peppered them with questions, especially about the success I had heard about day laborers on construction sites. Here in Changwon they reported progress among “cleaners” being subcontracted or made irregular, though it was interesting to note that these workers were still full-time rather than part-time as we would find in the US. Asking about whether they were also organizing security, it turned out that “security” was simply not much of a job. Old men did security they told us and not very well nor in significant numbers.

Construction? It turned out that workers were not organized by craft but by either jobsite or by firm. Electricians might be organized “wall-to-wall,” as we call it, at a firm that was run by an electrical contractor in which case those unionized workers might be on a jobsite and covered by an agreement with the firm, not unlike you would find in a mixed site in the USA. But, normally, everyone was organized, when they were organized, wall to wall on the job site and not by craft. That is actually a fairly interesting, and perhaps more effective way of organizing the jobs, though of course once the work is finished, the agreement will also be finished. It also allows the unions more leverage on a job site where the timetable of construction might be tight and expensive. I may have been missing some of this, but this is what I could follow.

Some of this may have also been in the nature of Changwon. This was a planned city that had been built to by Korea in the 1970s to accommodate heavy industry and therefore was a union stronghold. From the small balcony of the Labor Department building where we would speak I could lean out and see a giant Otis Elevator plant only a couple of hundred yards away.

I asked one of the women who spoke some English if there was a subway since I could see a “T” sign in the next block. A man answered that even in this planned city of 500,000 now there was no subway. The young woman replied that “no” he was wrong, and reminded him that there was a subway only a block or two behind where we were standing.

It then turned out to all of our laughter that she was talking about a Subway sandwich shop nearby. We were close but so far away. 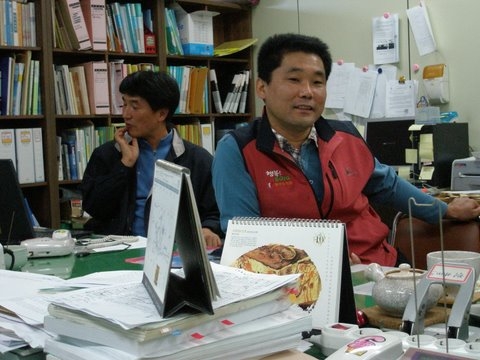 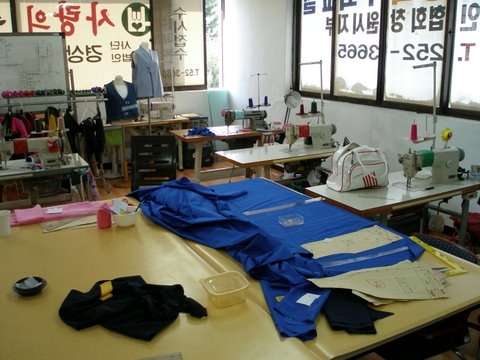 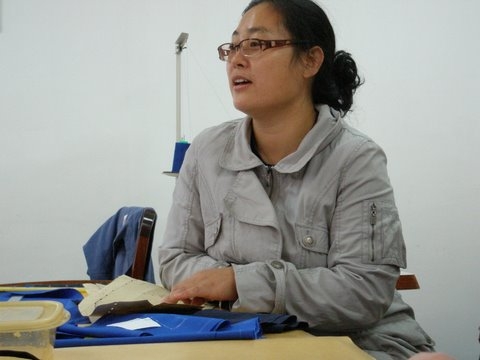 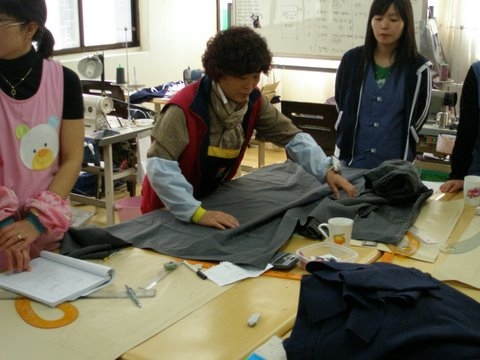 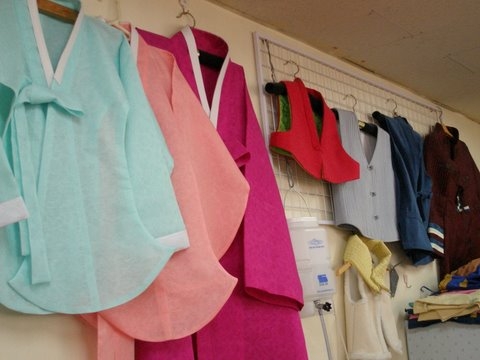 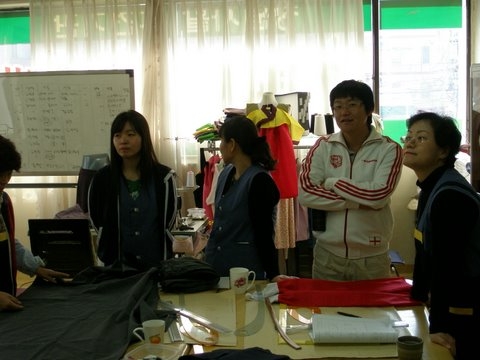