Lisbon        At the New York Times tis the season for Stephanie Strom to report regularly on the shortcomings of charities, and the season is really the end of the tax year rather than anything to do with gift giving or the Christmas holidays.  The latest report once again introduces the bias that if only “real business skills” (whatever those might be?) were applied to charities, then we would really have something.  Her message is less clear whether the world would be a better place or we would simply have clearer financial reports.

Far be it for me to say that the huge, mega-charities do not waste gazillions of precious dollars — they certainly do, particularly as they take on the entitlements, perks, and salaries of their corporate partners.  I also have to agree that transparency is ironically not the stock in trade for many big charities either, as huge scandals at the Red Cross and United Way have previously revealed on the front pages everywhere.  But the notion that charities would all be better if the IRS 990’s were improved has to be one of the more novel recommendations I have encountered.

I am left with the question of whether or not we are really joining with Ms. Strom and the Times to fix something that is broken or are we simply creating yet another huge architecture of rationalizations to allow the rich an excuse not to give to qualified charities or, perhaps even worse, to believe somehow the fact that they are rich and want to donate, should give them control over the charities and their programs.  These are unsettling trends and themes that seem lurking under the surface of these stories.

The latest Scrooge Dispatch on this topic focuses on two young men (Holden Karnofsky and Elie Hassenfeld) of 26 with a couple of years working at six figures for a hedge fund and a web site they have created called GiveWell (www.givewell.net) operated by the Clear Fund, a 501c3 they created.  GiveWell is a good name for something, perhaps even for this, though that is harder to judge.  GiveWell is a free internet accessible ranking of charities in some different areas by some standard (this was less clear to me from the site) to suggest to donors how their contributions in certain selected areas might be best spent.

Our heroes here believe that better information and analysis would direct dollars more effectively to charities.  Perhaps that is so.

The bugaboo that bothers them mightily as a special peeve is the obliqueness of the 990s that charities are required to complete.  In reading this I have to say:  whoa, buddy!  Our young heroes seem to not fully understand the non-profit world is in fact much like the business world already and the revelations of 990s (or the lack thereof) are largely dominated by the big players here, like churches, universities, and hospitals, rather than philanthropic institutions generally.  Any researcher who has tried to understand some of these behemoths by looking from the outside in would heartily join our ex-hedgies in their hair pulling in the thousands of times we have tried to “follow the money” to understand exactly how these outfits really work.  All of which makes the notion of using the 990s like a sharp stick to poke the charities trying as best they can to run programs or move money to the deserving a little more than paradoxical and an updated version the age old exercise of “blaming the victim.”

This trend of attacking the charities on their 990s seems analogous to the new emphasis elsewhere on attacking unions through expanded and expensive labor-management reporting.  These are unfunded mandates that will tend unless wisely wrought to create costs and burdens with marginal benefits, while still allowing huge non-profits to operate much as they always have while demonizing the small fry trying to do a bit of good out there in the world.  Is all of this about strengthening the sector or weakening the little guys who are scuffling to make it all come together? 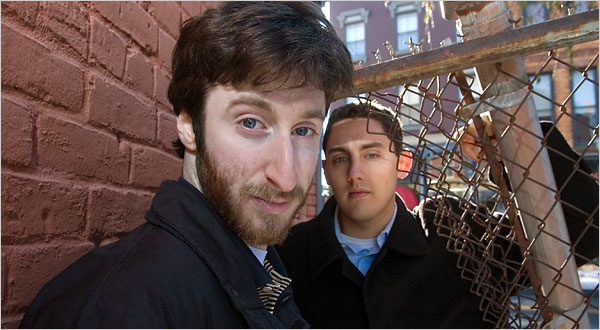