New Orleans        Mayors are stepping into the foreclosure fight because they are saying the same thing as ACORN members:  foreclosures hurt our communities!

Perhaps the best example of cities stepping forward might be found in the Twin Cities.  At ACORN’s urging the Minneapolis City Council in recent weeks passed a resolution asking for a 90-day moratorium on foreclosures.  The resolution may not be binding, but the messages could not be clearer.

At last week’s Conference of Mayors in Washington one Mayor after another stepped to the microphone to let people know how much foreclosures were increasing, costing, and hurting their cities.  Some estimated that each foreclosure would cost more than $30,000 for the City to handle the problem.  Even smaller cities in areas outside of the worst trouble spots seem to be predicting declines in revenues as the values of houses fall and therefore the property tax revenue and millage returns based on property value.  The ripple effect of this crisis is enormous.

Perhaps on our next action against some of the mortgage and servicing companies, ACORN should ask some of our Mayors and City Council people if they want to jump on the bus and come with us? 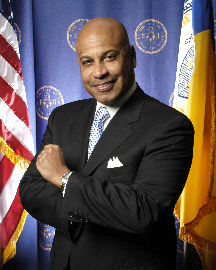