Washington I had heard about Galludet, the nationally known college for the deaf forever, but this was my first opportunity to be here on this small, beautifully appointed campus in the northeastern section of the District. It turned out to be an ideal place for almost 40 organizers to convene for the Organizers’ Forum spring dialogue on Regime Change. We were all wrestling with the anticipation of real change with the likelihood of an increasing majority in both houses of Congress and the prospects of new leadership in the White House in 2009. For many organizers this would be the first chance in certainly 8 years and in cases 16 to finally see breakthroughs on critical efforts.

Bob Greenstein, executive director of the Center on Budget and Policy Priorities, and Daniel Gottoff, an associate of our old friend Celinda Lake at Lake Research Partners, spent the morning with us setting the stage. It was sobering walk in reality!

For decades Bob has been the preeminent authority on all things fiscal in the federal government, particularly around equity and other issues that are central to us. He started by reminding us what was at stake by looking at how incomes had risen in two 30 year periods. Between 1946 and 1976, the bottom 90% of the population had income increases of 90%, the top 10% an increase of 92%, and the top 1% a bump of only 25%. Fairly even increases. In the last 30 years though the bottom 90% had only risen 64% and the top 1% rose by an amazing 239%! Wow!

Worse though Bob put up a couple of slides that drew the dots together and they all pointed to the huge income distribution in the Bush tax cuts. The multi-billion dollar costs of these tax cuts alone was more than the entire cost of the K-12 plus education program, more than what we were spending on health, and so forth. Furthermore with changes coming in fully realizing adjustments in the estate tax and more features of the tax cut for the rich, if we didn’t head this off quickly, we (the good ol’ USA) would be drowning in debt at levels that destroyed any dreams for the future.

Bob’s advice was easy to boil down. In 2009 the changes in the estate tax under Bush had to be delayed or modified significantly and in 2010 there had to be a change in the tax cut, neither of which would be easy and all of which would require some real political lift and courage. Being a beltway veteran, Bob also felt that by 2010 the opportunity for regime change would begin to slip as seats shifted back as they normally do in mid-term elections, so we had to grab our victories early in the first two years. He believed that if we had to choose, we needed to grab the opportunity on healthcare since that solved a huge financial issue and created equity at the same time. Gulp!

Daniel’s message was not meant to be sobering. He was simply running the numbers from various polls that Lake Associates had done. In looking at the prospects for the American Dream the “wish list” for the American people it seemed like the ACORN platform: 1) living wages, 2) education for your children, 3) health care, 4) affordable housing, and 5) a dignified retirement. It sounded like we were on solid ground, until we went deeper into the numbers. There we found some dangers at every turn.

In health care “mandates” is a no-no, you have to say “choice.” Though an increasing number of people are uninsured, those that are and like their insurance don’t want any change, so you have to blend the system, it seems. Because private insurers have taken over part of the delivery system of Medicare, they have been able to convince some people that benefits will be cut by a more “public” system (and that’s not a good word either!?!). What a mess! Nonetheless, this is main chance.

The other data was more disturbing. The underpinnings of support for the Employee Free Choice Act (the union building opportunity for new organizing) were significantly weak even within union members and families, especially on issues like “elections” versus card-check. The support for immigration reform had virtually evaporated and seemed depressingly caught up in concerns about terror and illegal activity, which was a tough rope to walk for many in the room.

This was too seasoned a crowd to swoon in the absence of euphoria, but looking around the room, one could see jaws tighten and faces harden as the realization of what was at stake and how easily victory could still be swallowed into the jaws of defeat. Of course nothing is ever easy, but any hope of an smoother road was also gone before the afternoon sessions looked at campaigns. 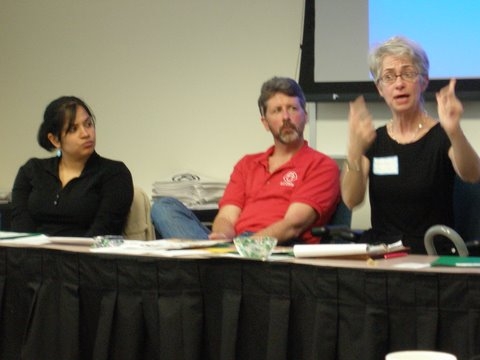 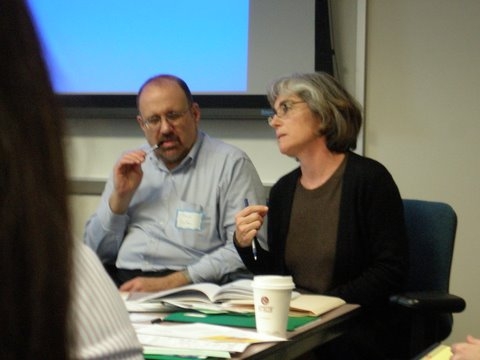 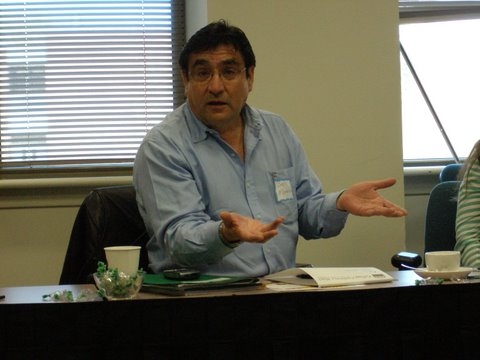