New Orleans     The huge story by Mimi Schwartz in the New York Times Magazine section ran on June 10, 2007, almost a year ago under the banner of “Shop Stewards on Fantasy Island,” and at the time seemed to be an opening salvo in a major initiative by SEIU, as the USA’s largest union to prove that there was huge organizing traction and public support in organizing at the wide gap between rich and poor. Schwartz made the case on the contrast immediately:

This 216-acre property with 34 sprawling Mediterranean-style luxury condominium buildings sits conveniently surrounded by Miami Beach, the city of Miami, Biscayne Bay and the Atlantic Ocean. It is an island paradise containing every possible indulgence that someone with a great deal of money and an enormous need to be coddled might desire. Fisher Island’s fortunate 1,400, fewer than one-third of them full-time residents, can play on the golf course created by P. B. Dye, of the famed course-design family, or on one of 18 tennis courts — clay, grass and hard court surfaces. There are two marinas — one for large yachts and one for larger yachts — and a state-of-the-art gym, complete with a Roman waterfall for aching backs and, along with yoga and Pilates, classes with names like Waves of Steel and Esto Es Tango! The sand on the beach is imported from the Bahamas and cleared daily of seaweed, so it is always soft and white. There are swimming pools, not just at the health spa, but also in each condo complex. Perpetually blooming tropical flowers perfume the air; caged toucans twitter in banyan trees, flamingos wade lazily in their own private pond. Kids attend a special island private school where cameras, wired into the condos, allow anxious parents to monitor their offspring from home; the playground, naturally, is gently padded.

Days in the sun: Fisher Island employees spend their days resurfacing tennis courts, cleaning pools and mowing lawns for some of the world’s wealthiest citizens. For many, however, yearly wages amount to less than the cost of some sailboats.

Fisher Island residents expect the best because, even though they come from all over the globe — the U.S., South America, Europe or Asia — they all have one thing in common, which is that they are among the world’s wealthiest people. The 2000 census described the island as having the highest per capita income in the United States; the average net worth of the grown-up inhabitants has been estimated at around $10 million.

You get the story. It was hard to miss the picture.

The campaign did not quite develop into the catalyzing effort to build unionization through the Miami area that all of us had hoped, but to the credit of the local union organizers on the ground and the continued push of both the giant SEIU building service local 32 BJ and, I am proud to say, the behind the scenes work of the WARN research team directed by Rick Smith in St. Petersburg helping to provide the leverage for the fight, less than a year later there was a quiet announcement that received no press in the Miami media market to my knowledge but was the final marker in a postscript victory for the prospect of living wages on “fantasy island” and in fact a real union and soon show stewards. When all is said and done the agreement seems to provide the path to both of these goals for about 500 service workers on Fisher who will be represented by 32BJ.

The announcement by the Fisher Island Community Association and SEIU 32BJ was cryptic. Mark James from the Association said he hoped to have the same great relationship with the union that he had when he was based in Manhattan and handling commercial properties, a code for total “white flag” surrender, if I ever heard one. Mike Fishman from 32BJ said it was a “step forward.” Then they said that they would say no more.

I will though: it’s not the press, but the power! This may not rate a footnote in the Times, but it speaks to seeing the job through and bringing home a victory rather than just press releases — an important step in building a real labor movement in South in the future, and maybe even beyond. 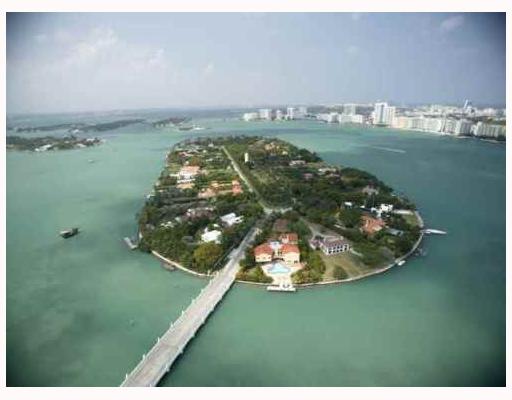