New Orleans        Coming back from India I have been catching up on this and that and one of the things I have tried to understand better is what the California Nurses’ Association (CNA) is doing in the labor movement.

I looked at the YouTube footage back and forth on the Labor Notes Conference.  Yawn.  Home footage of weak chanting and mostly milling around and low grade chaos as some folks stood with arms linked and some SEIU people drifted around.  Ok, it was embarrassing to watch:   an organizer’s worst nightmare!  Not the action we see in the “movie in our minds,” but all of the dull and untogether spots of the real world, especially in an action without a real target.  It was a good training film on how to do better the next time.  What it was not was violent or intimidating or much of anything else, yet I watched the slick YouTube presentation of the nurses from CAN and from that you would have thought that it was thugs with brass knuckles.  Huh?

I read the articles on a temporary restraining order being issued against SEIU in California for harassing leaders and members of the CNA and I read the fact that the TRO was rescinded almost the next day as baseless.  Methinks CNA doth protest too much!

It becomes clear eventually.  What is going on here is the “culture of complaint” and a cult of victimization.  CNA wants to convince its nurses (both in and outside of the union) that unions equal evil, violence, and big men, while its outfit is professional, buttoned down, and pure.  CNA wants to brand itself as the anti-union union.  Doing so allows it to appeal to the most conservative and elite nurses as being the aristocracy of the healthcare labor force.  Problem with being the anti-union union though is that still doesn’t get around the fact that at the core, the organization is anti-union.  Ugh!

This allowed me to understand the despicable action of CNA earlier in Ohio when 50 organizers were sent in to urge workers to vote “No” to the question of SEIU versus “no union” leading SEIU to withdraw from an election for 7000 hospital workers.  As the anti-union union, they would prefer workers, particularly nurses, be unorganized and have no union if they are not in their union.

This breaks one of the cardinal rules of labor organizing drummed into every union organizer from the first time they ever see an authorization card or learn what an NLRB election is all about:  any union is better than no union.  This is a hard lesson well taught at every level because it imprints the importance of solidarity and ultimately class that trumps competitiveness, individualism, and, frankly, corporatism.  There isn’t an organizer who has fought hard to organize workers and seen them triumph over the boss and any number of obstacles who hasn’t bitten their lips when all of a sudden a call comes in from DC or somewhere saying the unit has to be turned over to some other union for some specious or political reason, who hasn’t had to do a gut check on this fundamental law of union organizing, walk around the block, or drown it with a couple of shots, but at the end of the day the discipline of the work moves us back to telling the workers that we’re sorry, but, hey, “a union is better than no union.” This seems not to be part of the code of an anti-union union.

I’m also reminded of a late night discussion more than 25 years ago in a hotel election in New Orleans at the Maison DuPuy.  It had been a tough campaign as usual with dead bodies littered everywhere and pending charges right and left at the Labor Board.  The organizing committee had been great, taken a million hits and hung in until the end, but on the eve of the election we could not count the votes to win, and we knew how to count the votes.  The organizer argued eloquently that the workers should have their chance to vote since they had fought for it.  She had promised them that we would go to an election come hell or high water.  Kirk Adams now with SEIU was in the meeting at 628 Baronne Street.  Danny Cantor, now running the NY Working Families Party, was there.  Cecile Richards, now head of Planned Parenthood, was running another drive coming up soon on the calendar at the Fountainbleau, stood up suddenly and dismissed the argument as she rose to leave the room saying simply, “workers don’t have a RI
HT to vote against a union.”

For me it was one of those moments of crystalline truth.  It may have come out of the blue from Cecile or maybe she had learned it at her father Dave Richards’ knee from the campaigns where as the dean of labor lawyers in Austin he had probably seen it a hundred times as well, but it was an inarguable truth.  There is no entitlement in law or fact for workers to every have a “right” to vote “no” against a union.  Union elections are about building unions, not about some kind of “fake” democracy on some sort of even playing ground.  The ground is not even.  We fight from deep in a hole against huge odds.  The only right vote is a “yes” vote and anything else is a slap in the face of all labor and all of our institutions.

This is an iron law that CNA neither understands nor respects.  Maybe they are a professional association that has something to say about nurse standards or wages or whatever, but you can’t be an anti-union union because that makes you no union at all. 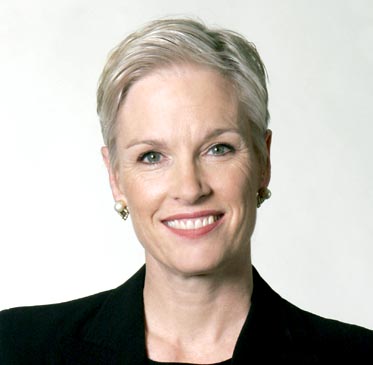