New Orleans        John Eller, director of ACORN’s San Francisco office, sent an email while I was in Los Angeles, but I didn’t connect with him until coming in bleary eyed from the all night flight back to the city.  The news was huge!

ACORN working with the SF affiliate of PICO, the San Francisco Organizing Project, and the San Francisco Labor Council, had struck a deal with the giant Miami-based developer, Lennar, for a community benefits agreement, which would make 32% of the 10,000 new homes they are proposing to build in the SE San Francisco, Hunters’ Point area, affordable.  In an “executive” city like San Francisco where it is almost impossible for lower income or working families to find affordable housing, this could be a breakthrough.  1600 of the units would be rental units for the poor (and they would be family-sized!) and another 1600 would be available for sale to families making between 80 and 160% of the area median income.  This agreement would raise the bar in San Fran.

The community benefits agreement also includes $27 million from the developer for home ownership programs and another $8.5 million over the next seven years for job training for area residents.  The developer was willing to agree to what they called “a game changer” when the years were spread out on the contribution.

Not everyone is as excited about this news, and it all has to come to a vote soon to determine whether or not it all happens.   This deal would have to be approved as Proposition G by the voters.  There is also a Prop F on the ballot which would force a higher number simply for affordable housing, but the Lennar has indicated that proposition is a poison pill for the whole project.

There are a lot of pieces in this puzzle that make our deal the best.  Besides the $35 Million in important set-asides to build the community and not just the houses (and that’s almost enough to vote for G), there would also be the right to unionize for all workers that are hired in the development from janitors to retail workers (and it would be built union), a public housing project would be rebuilt along with other amenities.

This is a big step forward.  Let’s hope the voters see it this way as well. 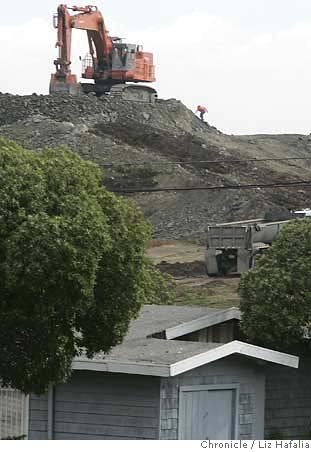