San Francisco        Now that Larry Cohen, CWA’s President, is talking at length along with others to Steven Greenhouse, the labor reporter for the New York Times, I feel like I can safely write about the reunification theory I have promoted privately for more than six months.

First, there has to be reunification.  There has been on politics now for 2 years on a de facto basis.  No one remembers the argument well enough, so it starts to look personal, and no one, including John Sweeney and Andy Stern, want the division to be their legacy, especially if it didn’t add up to millions of new members.

Second, the winning of a Democratic President and a significant Democratic majority in Congress could give John Sweeney and others the perfect exit line.  “We have learned through our successful collaboration that we can create great things together for the good of the country and our members, and so we have rejoined.”  Furthermore, President Obama could help broker the reunification of his friends and allies and be there at the handshake if he wanted.

Thirdly, John Sweeney is a proud man and has to have a way to retire.  This gives him a way to hand over the mantle to someone else.  Having someone else makes it possible for Stern and SEIU to come back in — with some concessions and understandings of course — but then the slates are clean and the future is before some new formation.

Fourthly, given the timing of all of this a new formation might become possible that was neither C2W nor AFL-CIO, but had a new name, a new president, and seemed to have a new agenda.

Fifthly, the passage of new labor legislation through the Free Choice Act, which we are not supposed to call FCA, would be icing.  I think too much icing.  I think if wise heads prevail, and Cohen and others seem to be juggling this delicately, they will try to bring reunification before an FCA vote so this is not contingent on that.  The notion of even sympathetic folks supporting FCA if they think it might ignite a labor war between two federations is unlikely.  Labor will still have a hard time passing FCA for a million reasons, but if divided with the specter of disputes similar to that now between California Nurses and SEIU, then we can all forget about it.

There is almost no reason in the record of recent years for there to be claims for the validity of two federations.  No one will be happy in one family again once the napkins are passed out, but there is has to be a realization that to the outside, corporations and politicians, there is no understanding of the separation.  We are all still labor.  Who cares the color?

Andy Stern and John Sweeney are both too smart and too skilled as labor leaders to allow this division to go on much longer, once they have a great stage before them that allows them to reunify. 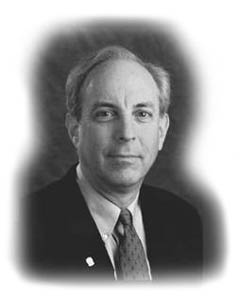