San Francisco        In the second day of the Tides Momentum Conference I found myself surfing between the calm waves of constantly moving new information and the breaking crest of overload in trying to process it all.  Longer notes began to focus more on simple quotes that helped imprint the various speakers and their 18 minute chunks of perspective into my own synapse.  Whew!

Here are some examples:

*    Drew Westen, author of Political Brain:  names on the left are hurting progressive message.
*    Debra Bowen, California Secretary of State:  her one slide was a picture of a bumper sticker on a car that said:  “Prevent Unwanted Presidencies:  Make Vote Counting a Hand Job”
*    Ebbo Patel of Interfaith Youth Core in Chicago:  “religious extremism is funded by philanthropy.”  Also from a Rabbi on the Selma march:  “…felt like my legs were praying.”
*    Lawrence Lessig, internet law expert and prof at Stanford Law:  “bribery did not become illegal in US until 1853,” and money has been isolated in executive and judicial branch but “not legislative.”
*    Robert Ross, California Endowment:  “call non-profit sector the Delta Sector,” and from Moms Mabley:  “if you are going to do what you always did, you are going to get what you always got.”
*    Jacob Hacker, expert on health policy:  “US ranks 19 out of 19 rich countries in ‘amenable mortality'”  which means deaths that could have been simply prevented.  101,000 deaths could have been prevented in US.
*    Rob Johnson, former Soros managing director:  warned of “anesthetizing risk” in investing.
*    Melissa Bradley, New Capitalist:  “money is not the root of all evil, it’s what people do with it that’s criminal.”
*    Tom Steyer, Farallon Capital:  Mao:  “learn to fight the war by fighting the war,” and his “mean” granny, as he called her:  “money is more important that we think it is.”
*    Premal Shah, head of Kiva:    $36,000,000 in micro-lending from 300,000 lenders via the internet to 55000 borrowers in developing countries compared to total micro-lending globally of Citibank which is $83,000,000.

At dinner we gave the Tides’ Jane Bagley Lehman (JBL) Awards for Excellence in Public Advocacy to three hugely effective anti-nuclear activists over the years:  Paul Gunter, a co-founder of the famous Clamshell Alliance in the 70’s and now director of the “beyond nuclear” program, Arjun Makhijani, who created the first comprehensive study of energy efficiency potential in the US away from fossil fuels, and Glenn Carroll, a character who has combined her art and activism to lead Nuclear Watch South from Decatur, Georgia.  I ended up at the same table with all of three of these great award winners as well as Russell Long, who has teamed up with me and others to figure out these award winners over the years.  After an hour or more of listening to anti-nuclear “shoptalk” I finally announced that this had to be the most depressing dinner table conversation I had ever heard in my life, and we simply had to stop.  I couldn’t handle any more.

Then they told anti-nuke and radiation jokes.  Can you beat that? 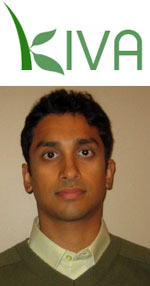