Jakarta        Wednesday was a national holiday marking the end of Ramadan.  Some people forget that this secular country of 250 million is actually the largest Muslim country in the world, and because of that and in my view a thousand other reasons could represent a real opportunity when there is a different person in the White House.  Traditionally time is spent with families and feasting, so many people head home making it hard to connect for a traveler; nonetheless I was able to visit with some interesting organizers with feet in both community and labor organizing in Indonesia.

Carla Natan is the coordinator of the Urban Community Mission and Indera Nababan was her predecessor and at 68 still actively involved as a board member and participant in the work.  I met with them for a while despite the holiday in their offices on a Lutheran church compound.  In the way of these things the cabdriver had actually let me off several kilometers away on a different side of the expressway where I waited under the breezeway of yet another Lutheran affiliated church.  It was perhaps an easy mistake to make.  How many of these could there be?

Carla and Indera told me one story after another of what they called their “core” work in assisting in the training and organizing of workers and unions from a community organizing base and perspective.  They had been involved in the efforts years ago with Nike workers in the special manufacturing zone working with Jeff Bellinger, then of the AFL-CIO’s Solidarity Center, who we heard about frequently during the 2005 Organizers’ Forum trip to Indonesia, since he was expelled from the country for this support of that work.  We also discussed a dizzying array of organizing that they had done in Aceh, Pupua, and West Java with various groups of workers, including fishers and farmers, in quasi-unions.

Much of their work was focused on Indonesian migrant workers, and as hard as this is for people in the USA to understand, the migratory stream from here is not towards us but elsewhere in Asia and the Middle East.  There are significant numbers of migrant workers who end up in Taiwan, Korea, Malaysia, the Philippines, Hong Kong, Saudi Arabia, United Emirates, Kuwait, and Singapore.  Given the size of the country, it speaks to some relative prosperity that more Indonesians are not forced out of country for work.  The stories of exploitation are almost standard, but never exhaust their ability to shock and surprise, especially for domestic workers.  Others are involved in seafaring occupations throughout the area and connecting people to rights and legal services is often critical.

Carla and Indera had an interesting approach.  Increasingly most of their concentration was strictly on training leaders and transferring organizing skills to local leadership.  They had become skeptical of the ability to stabilize younger organizers and make them sustainable, so were putting all of their bets on leadership development and skill development.  People represent an investment of sorts, and they were more confident that the return was more stable and dependable from the leadership side.  There’s certainly a lot of truth to that, and given the resource restraints throughout the developing world, marshalling time and resources and making choices is critical. 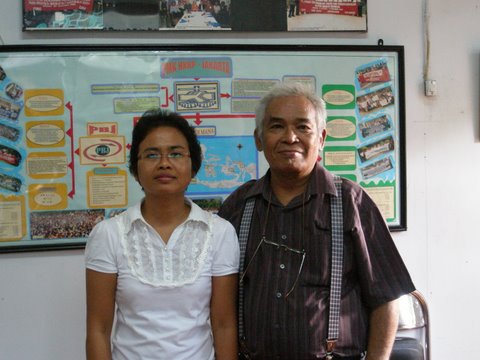 Carla on the left and Indera on the right 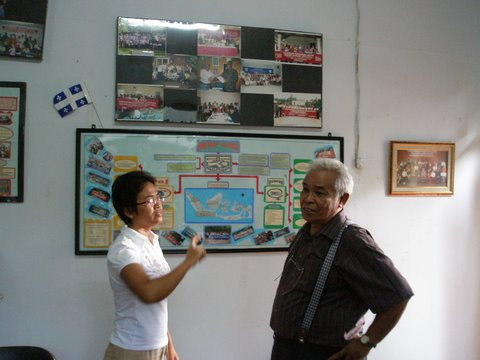 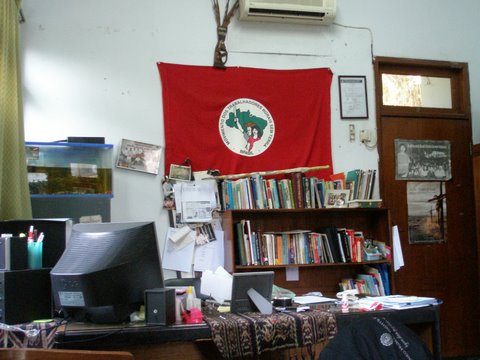 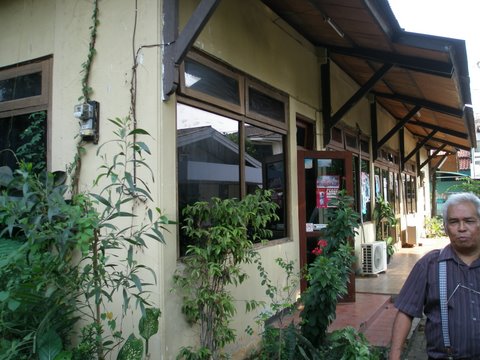