Ragpickers Diwali
October 30, 2008
Mumbai           As part of ACORN International, ACORN India, and the ACORN Foundation’s program, we have initiated the Dharavi Project, as an initiative for the ragpickers.  I will talk more about this in coming days, because it is an exciting project and an interesting and different strategy for us to approach the organizing.  As part of our debut, the project and ACORN Foundation hosted a Diwali Party in Dharavi for some of our ragpickers, volunteers, and other potential partners.
The Diwali tradition includes such celebrations, eating, lots of sweets, wearing new clothes, and the giving of gifts.  Before the evening was over we had more than 100 people at our party.  The majority were ragpickers and their families.
Looking out from the open space we had rented at the top of the 3rd floor building, I could see the lower roofs of Dharavi all around me in the dusk.  On many roofs there were boys, young men, and even some of their father and uncles perched on the roof top flying small kites towards the clouds in the horizon.  The night was humid and still, but with skill they worked the string to move these colorful squares of plastic, higher and higher.
More moving were some of the shy stories coaxed from the ragpickers of their work and lives, which they shared during the program.  In the beginning nothing but the men spoke.  Many had been doing the work for ten years or more.  Young men, looking hardly twenty years old, spoke of having worked since boys as ragpickers.  One man, somewhat older, speaking slowly, powerfully stated, shyly and in stumbling words, that it was simple for him:  he worked every day, if he did not work, he would starve and die.  The pay seemed to range from 100 to 200 rupees per day for the work.  At roughly 50 rupees to the US dollar that would be $2 to $4 dollars per day.
One young man startled as he spoke in monotones and told his story.  He made it enough every day to hardly live with 5 or 6 other young men, several of whom sat stolidly near him.  He made enough to buy drugs which are how he made it through the pain and torment of the work.  The drugs ran from heroin to cocaine to industrial glues, which were widely available.  As someone sitting next to me calmly translated the Hindi for me, it felt like I was hearing a story of a young man, no older than my own children, trying to live every day, simply to die with less pain.  It was sobering to hear.
When finally the women began to speak, laughing and sometimes covering their mouths with embarrassed, shyness, the wages fell as well to 70 to 100 rupees or so for work that tended to range from 10 in the morning to 6 pm in or longer and interspersed with stopping the collection to tend to children, cooking, and family.  As young as the men looked, even the young women, some with babies in arms, carried a hard age with them already.
This was a time for dancing and laughing though and with help everyone was soon on the floor jumping and gyrating to the pumping Hindi beat of Bollywood tunes sometimes or at others a kind of Hindi rap.  It was Diwali still.  Life goes on.  Work is hard.  This is the way it is.

Another welcome to Dharavi!

In the contradictions that are Bombay, I also ended up talking to some of the volunteers, several of whom worked for outsourcing companies on contract to US operations, particularly banks and finance.  One fellow handled Wells, AIG, and Lehman Brothers.  The other had been part of Lehman Brothers and was part of the Asian operation sold recently to the large Japanese concern.  They had faint praise for the companies.  One knew that Wells Fargo had cut lending even before we had seen it in the US.  As local as waste picking and recycling seem, this was a quick reminder of the global economy.  When I arrived there had been articles about some job losses in Bangalore and elsewhere due to the combination of Wells Fargo and Wachovia as well as other pieces of the banking meltdown.  Estimates indicated 3000 jobs might be lost in the combination.  Talking to people working in the industry around Bombay, there was solid optimism that as long as the wage differential held up, most were not worried that the jobs were going anywhere soon.
Part of the conversation, so juxtaposed in dark night of Dharavi with the fireworks of Diwali lighting up the sky, made me think I was simply hearing about another kind of waste picking, just in cleaner conditions with skirts and ties. 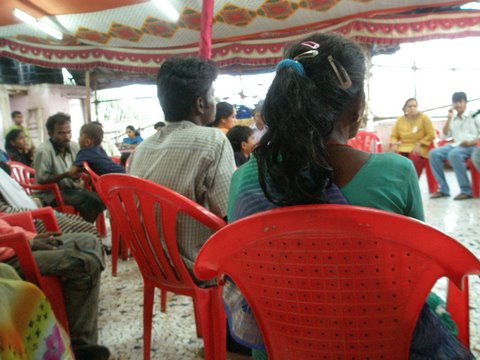 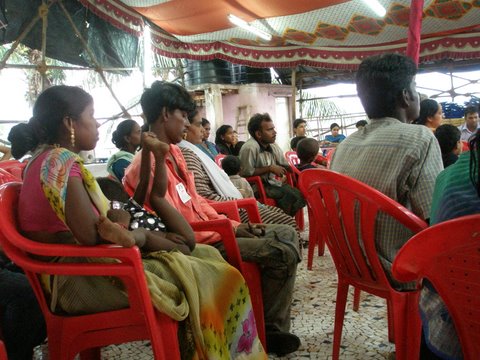